With Jane rendered catatonic after Karen is finally forced out of her conscious mind, the Doom Patrol take Jane’s frozen body back to Doom Manor, where they desperately try to figure out how to get her back. “Jane Patrol” thus makes for another more introspective, character-focused episode of Doom Patrol, one that once again takes place entirely within Doom Manor, though also gives us exactly what I predicted in my review of the previous episode– A deep dive into Jane’s subconscious mind.

With some help from Larry’s negative energy spirit, Cliff is able to dive into Jane’s mind, where he gains human form, and finds himself able to interact with Jane’s many personalities, which manifest as avatars in her subconscious. There’s an intriguing mystery set up here, with some personalities resembling Jane, others not resembling Jane at all, and some savouring the opportunity to consciously take control of Jane’s body, while others seem to shy away from it. Making Cliff the means of trying to get Jane to come home is also smart, since Cliff was the one who initially drove Jane away in the first place, on top of Cliff playing into what’s really eating at Jane, and why she snapped the way she did. 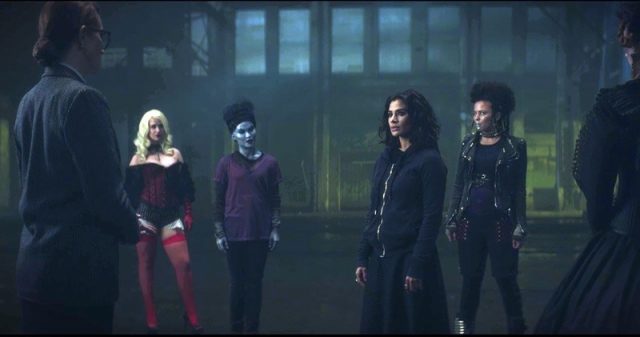 Unfortunately, the mystery spills several of its big twists early, especially when the ‘Underground’ is predictably far too big to squish into one sole episode of Doom Patrol, but Jane’s demons do still provide some twisted intrigue. It’s heavily implied that Jane was sexually abused by her father from a very young age, the trauma of which is likely what caused her many personalities to begin to appear. We also get a peek at a former ‘main’ personality in Jane’s mind, Miranda, who became lost in the search for a well at the behest of ‘The Sisters’, a three-headed Jane personality that directs Jane herself to the same mysterious well. It’s also quickly established that Miranda disappeared when she first went to the well to boot, so Jane is more than likely in trouble, and at high risk of being consumed by her own sub-conscious, if she’s not quickly pulled out!

This sense of urgency is well-executed, but it would have been ideal if Jane’s world was a little more crazy and hostile than it ultimately appears to be. I imagine that the constrictive budget of the DC Universe streaming platform is probably a factor here, which is probably barely above the standards of The CW, if even that high, but Cliff nonetheless never actually feels like he’s under any true threat. This is made worse by the show revealing the twist with Jane very early on, making a lot of the exploration of Jane’s mind feel more tedious than it otherwise should be. There are still a lot of great character moments for both Jane and Cliff here though, particularly as Cliff goes to any desperate lengths to pull Jane back to her friends. This episode is just missing that little extra something though, so I hope that this isn’t the last time that Doom Patrol fully drops one of its other characters into the Underground.

Regardless, Cliff teaming up with Penny Farthing, the cowardly British personality that he was forcibly paired with at Nurnheim (whose stutter is allegedly only present when she’s manning Jane’s body), presents a good dose of both fun and drama. Penny interacts with both Cliff and Jane throughout the episode, and is predictably eager to avoid danger at any cost. Penny does end up roped along with Cliff though, ultimately serving as his main guide to the Underground. She’s surprisingly helpful as well, since Cliff previously runs afoul of Driver 8, the personality who supposedly ferries Jane’s other personalities to and from her conscious mind. Driver 8 may have helped Jane stop the transition to and from her conscious mind so that Jane could temporarily wrestle with her own demons, but she quickly has no patience for Cliff, who gets thrown in a cell, and has to be bailed out by two other personalities.

The climactic confrontation with Jane’s abusive father, who manifests as a giant colossus of puzzle pieces, at least injects a bit more craziness and spectacle to the otherwise surprisingly boilerplate world of Jane’s mind, especially when it’s preceded by Cliff having to rip off his human skin to get past Black Annis, and reach Jane in the first place. Cliff helps Jane overcome her father, leading to Jane declaring that she’s no longer afraid of him, and this at least allows the two to be pulled out of the Underground, and restore Jane to conscious activity in the real world. Cliff appears to believe that they’ve won after this, but the episode ending with Jane going to bed, and still hearing her father’s voice in her head, appears to suggest that her traumas are far from resolved. Like I said, I hope this means that Doom Patrol takes us back to the Underground at some point, because this episode feels like it merely scratched the surface of the true depths within Jane’s mind. Perhaps the other Doom Patrol members can also find both challenges and clarity within the Underground in some future episode? 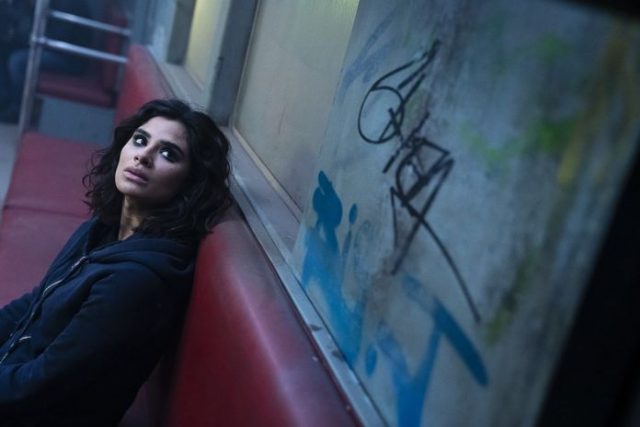 For now though, “Jane Patrol” succeeds in terms of its character moments between Jane and Cliff, even if the other Doom Patrol members barely appear in this episode at all. Jane’s sub-conscious world is imaginative on paper, but it’s also clearly constrained by the show’s budget, which limits the sheer amount of psychological horror that Jane’s character is otherwise consistently experiencing. Cliff and Jane finding some degree of reconciliation is satisfying though, as is Jane getting what’s at least a temporary victory over the trauma from her father. I feel like there’s still a lot to explore within the Underground, so hopefully this isn’t the last time we see it, but all in all, this is still one of the better character-focused episodes of Doom Patrol, likely because it actually finds a creative new spin on the team once again being constrained entirely to Doom Manor. That said though, I’m ready to get back to some zanier, less predictable episodes from here, so here’s hoping that Jane’s return means that the team can be ready for a new twisted threat to come knocking at their door.