NOTE: Spoilers from throughout the fourth season of, “Supergirl” are present in this review

Supergirl clearly has something to say about the modern political climate. After setting up an interesting new human-level threat for Season Four, the series attempted to take on one of its boldest bits of social commentary to date, and as you can imagine, this is something that the show definitely achieved to mixed effect. This proves frustrating, since the core story foundation of Supergirl’s fourth season is actually pretty great, creating a widespread ideological threat that Kara can’t simply punch away, nor address by pure aggression. It’s a genuine attempt to create a more intelligent and interpretive foe for National City’s alien superhero, even if Supergirl’s stubborn need to lecture and preach about issues that it doesn’t fully comprehend still too often drags down what’s otherwise a pretty solid season for this show.

Again, a lot of Season Four’s especially novel storytelling comes down to creating a credible human threat for Kara to face, rather than yet another rogue alien force that’s threatening the planet at large. In this case, a radicalized former history professor named Ben Lockwood, now re-christened as Agent Liberty, is attempting to stir up anti-alien sentiment in the U.S., after President Olivia Marsdin is unmasked as an alien. Lockwood and his masked ‘resistance’, known as the Children of Liberty, thus begin to demand that aliens are expelled from Earth, since they’ve started to exert too much influence over American politics and culture. It’s a not-so-thinly veiled allegory to the Trump administration and its hardline stance on issues like immigration and foreign policy, and while some of these big issues are explored fine, a lot of them are yet again leaning far too hard into Supergirl’s insipidly blatant liberal bias, spouting empty platitudes and feel-good ‘can’t we all just get along?’ rhetoric, rather than actually saying something smart or credible about our modern world that goes beyond a high-schooler’s opinion.

To be fair however, when Supergirl remembers to address the other sides of an issue this season, it actually does so surprisingly well. One of the best episodes of the season, “Man of Steel”, comes early on for example, focusing entirely on the backstory of Ben Lockwood, formerly a well-meaning professor with no hatred for aliens at all, and how a series of tragedies and political negligence beyond his control eventually leads to him being twisted into recurring nemesis, Agent Liberty. Better still is that Agent Liberty, despite spending most of the season being a very real political and personal obstacle to Kara and her allies, is eventually revealed to be a mere patsy, created by the machinations of the real arch-villain for this season, Lex Luthor, who is played in a standout turn by Superman IV: The Quest for Peace alum, Jon Cryer. Lex exploiting manufactured political outrage across the U.S. to create a false war, through which he can exonerate his own damaged public image, makes for an enemy agenda that’s surprisingly profound and clever, especially by Supergirl standards!

A big part of Lex’s plot also involves one of the cliffhanger teases from the end of last season, wherein the fictional DC nation of Kaznia stumbles upon a clone of Supergirl, created from the Black Kryptonite that had to be used in order to separate Samantha from Reign during the Season Three finale. The clone, who eventually comes to be known as Red Daughter, is eventually used as an instrument through which Lex forces Kaznia into war with the U.S., something that seems like an interesting idea on paper, and one that nicely pays homage to beloved Superman graphic novel, Superman: Red Son. Unfortunately though, this proved to be one of the weaker elements of the season. Red Daughter didn’t start paying effective story dividends until the season’s back half, and even when she did, the way that she ultimately confronts Kara is pretty underwhelming. Red Daughter gets dispatched just as thanklessly to boot, which only felt worse when Lex completely stopped his manufactured Kaznian invasion off-screen. It feels like the show wanted to come at its social commentary one way, but possibly changed its mind over the course of the season, and both Kaznia and Red Daughter both clearly ended up getting the shaft because of it. 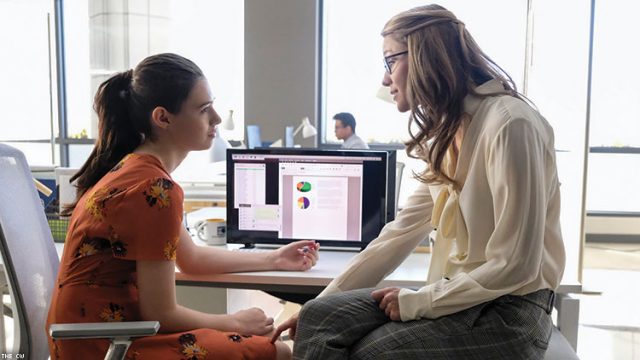 Another element of the season that didn’t end up paying off until later in the back half was the introduction of Nia Nal, a.k.a. Dreamer, who is noteworthy for being television’s first transgender superhero. Both an alien and a trans woman, Nia is initially set up as a bit of an interesting pupil to Kara, who has now become a more experienced and hardened superhero at this point, but for most of the season, Nia is not that effective of a character, and especially not a superhero. Nia marks one of the worst instances of Supergirl giving empty platitudes to a character that hasn’t truly earned them, with Dreamer instead feeling like a deliberate effort for Supergirl to, “Get woke”, as it were, rather than tell a legitimately good character storyline with a new hero for the show. Now, granted, Nia’s character did improve a lot towards the end of the season, especially her romance with Brainy, who has now fully subbed in at the DEO as Winn’s replacement, but many of the earlier Nia-focused episodes marked much of Season Four’s worst offerings, sadly. This is why, if you’re going to introduce a character like Nia, to any show, you can’t coast on that character’s writing. If you just put in an LGBT character for the sake of putting in an LGBT character, that’s tokenism. You need to come up with a good story first, then put in the necessary LGBT character to reflect that good character arc, not the other way around!

Fortunately, Alex, Supergirl’s established LGBT personality, got a pretty solid set of storylines this season. Now the head of the DEO, and with J’onn leaving the organization to formulate his own detective agency (through which he tries to walk away from his old Martian Manhunter persona), Alex finds herself being faced by the brunt of Agent Liberty’s political headaches. President Marsdin’s successor, President Phillip Baker eventually gets in bed with Agent Liberty as well, resulting in Alex finding more restrictions and red tape at the DEO, while also having to butt heads with new government liaison, Colonel Haley. Haley is actually one of the best new characters that Supergirl introduces during its fourth season, being a hardline, by-the-book military-type, but one with just the right amount of vulnerability and depth to make her feel like an actual human being, with her own values and her own concerns. Though she initially seems like an obstacle, Haley ends up becoming a surprisingly positive influence on Alex by the end of the season, while becoming a legitimate force for goodness and order at the DEO. Again, this proves to be a surprising dose of maturity from Supergirl, which normally has a bad habit of becoming very entrenched in merely one overly idealistic perspective surrounding any given story obstacle.

J’onn’s Season Four storyline, meanwhile, also presents a big obstacle for the heroes, albeit one that lands on the polar opposite end of the political spectrum as the Children of Liberty and their charismatic leader. After the alien fiancee of a human man is murdered by the Children of Liberty, the man, Manchester Black, comes to National City, desperate for revenge. J’onn’s obsession with achieving peace leads him to try and compel Manchester to choose a better path, though J’onn is ultimately unable to quell Manchester’s growing hatred for human radicals. While this slightly deviates from Manchester’s portrayal in DC Comics lore, wherein he’s a telekinetic new-age hero that’s eager to prove Superman obsolete, Manchester essentially becoming the Punisher of the Supergirl universe, aggressively killing any Children of Liberty that he encounters, also presents a compelling conflict for the show’s heroes, especially J’onn. When J’onn is inevitably forced to kill Manchester, he’s in turn forced to realize that the path of peace is not meant for him, resulting in an effectively bittersweet return for J’onn to his Martian Manhunter identity. This couldn’t have come at a better time too, since the season finale’s expected teases for the Crisis on Infinite Earths crossover event reveal The Monitor bringing J’onn’s twisted brother, Malefic to the Supergirl universe, who will obviously waste no time menacing J’onn next season!

Supergirl’s still too preachy for its own good at times, and its love of platitudes throughout its social commentary is still a pressing issue, but all in all, Season Four is in many respects one of the show’s strongest seasons to date, at least in terms of how everything ultimately comes together. The inspired conflict with Lex Luthor, which sees country-wide implications and affects numerous lives, all in the name of one man’s ego, is pretty awesome, even if the back half of Season Four is where the narrative truly begins to bear its best fruit there. Likewise, even if some character arcs didn’t hit the ground running right away, most of them led to pretty standout territory in the end, particularly as Lena now sees fit to succeed her brother as the greatest human threat to Kara in the near future, upon Lex blabbing Kara’s secret identity with his dying breath. There’s a lot of tedious plotting and adolescent liberal rhetoric to slog through before you can get to the really good story arcs of Season Four, but the patience required is worth it if you’ve continued to stick by Kara’s heroic journey up to this point. The fact that Supergirl’s heart is often bigger than its brain doesn’t appear to be changing for the upcoming Season Five, which is eagerly planning to craft a conflict around a cautionary tale centering on technology dependence, but I suppose if the show’s storytelling keeps tightening from here, perhaps those tedious bits of superficial current events examinations will at least continue leading to some decent payoffs for the DC faithful.