When you think of top-down dungeon crawlers, the first thing that comes to mind is probably Diablo, be it Diablo II or the more recent Diablo III. Then again, maybe it’s something else. For me, the game that comes to mind is Torchlight II. It may be blasphemous to some, but I’ve always preferred that series to Blizzard’s beloved genre giant, and the second one is easily my favourite of the bunch.

After debuting on Windows PC back in 2009, Torchlight has gone on to appear on multiple platforms. It wasn’t until it was ported to the Xbox 360 in 2011, though, that I was finally able to play it.

From the start, I fell in love with the accessibility, the world, the gameplay and the great pet system, which allows you to bring an animal companion along on your adventure. Said animal, be it a big cat or something else, can not only attack enemies and cause damage, but is also able to venture into town to buy items and sell anything you don’t want. This is especially helpful when you’re in the middle of a dungeon, and can’t go back yourself.

Hell, it makes it so that you almost never have to.

When I heard about this sequel, it instantly became one of my most wanted games. However, since I didn’t have a gaming capable PC, I was unable to play it when it launched back in September 2012, which led to a lot of hoping that a console version would soon be announced. Well, it took seven years for that dream to come to fruition, but it’s finally happened.

Before I progress with this review, I should mention something. Despite what I said above, this actually wasn’t my first time playing the game, because I managed to play the Steam version after getting a computer that could handle it. As soon as I discovered that I could run Torchlight II, I bought it, and there went the rest of my week. It quickly became a personal favourite, and remains that way, which is why I didn’t think twice about giving it another go on console.

Set years after the conclusion of its predecessor, Torchlight II begins with the destruction of the town bearing its name. Having been corrupted, the Alchemist (who was actually playable in the first game) has decided to abuse Ordrak’s power to disturb the balance between the world’s elements. It becomes the player’s job to stop the now evil being from accomplishing his devious task.

Before taking this task on, though, you’ll need to choose from one of four different classes, each of which has three different skill trees. There’s the Engineer, a melee fighter who uses steampunk technology and has powers befitting a frozen beast; the Outlander, a wandering nomad that prefers ranged weapons and low magic; the Berserker, who mains quick attacks and animal-themed powers and the Embermage, who’s great with spells and elemental attacks. I’m boring, so I always go with the melee class, and did so again this time around. All I want to do is smash enemies into a pulp with melee weapons, or slice them up with swords. 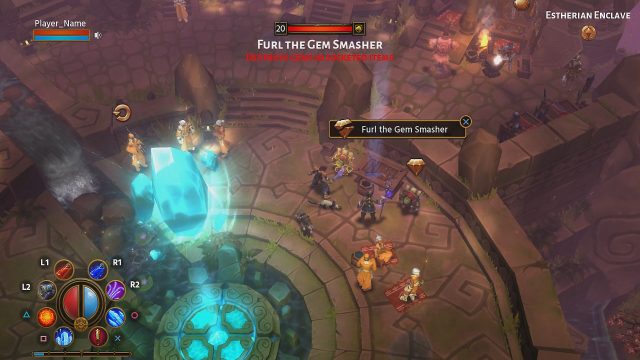 As you’d expect, the majority of your maybe twenty hours with this game will be spent undertaking quests from different NPCs. These quests will send you throughout three different regions, including mountains, a vast desert and a haunted forest. Along the way, many enemies will need to be slain, in true dungeon crawler fashion. So many, in fact, that things will sometimes get overwhelming. It’s here where the help of an online friend can be a great aid, though if you’re like me you’ll prefer to go it alone.

Torchlight II may have a ton of combat, but it’s not overly difficult; at least not on its default difficulty. Masochists who choose hardcore will find something different, though, because death is permanent. I’ll never understand the appeal of such settings (and that’s probably why I don’t like Soulsborne or rogue-like games), but it’s there for the people who like that kind of thing.

If one were to call this a loot game, they’d be understating it. There’s so much loot to be found, either in chests or from dropped enemies, that it’s overwhelming. Your character can equip up to two weapons at one time, and also has rings, necklaces and different pieces of armor available to wear. I’ve gotten used to sending my pet into town pretty regularly, just to dump a lot of the excess bloat that I know I’m not going to need or use. Granted, I also ask him to buy health and mana potions whenever he goes back there, just to be safe. I probably won’t need so many, but I have more than 100 health potions right now, in an attempt to make sure that I’ll never run out. This doesn’t mean that I haven’t died, but it’s kept me from doing so often.

When you die in Torchlight II, you get a menu offering different options. You can resurrect right where you died, but it’ll cost you. Your other options include coming back to life at the nearest entryway (which costs less), or resurrecting in town for free. It’s a neat system, which I’ve appreciated since the first time I’ve used it. 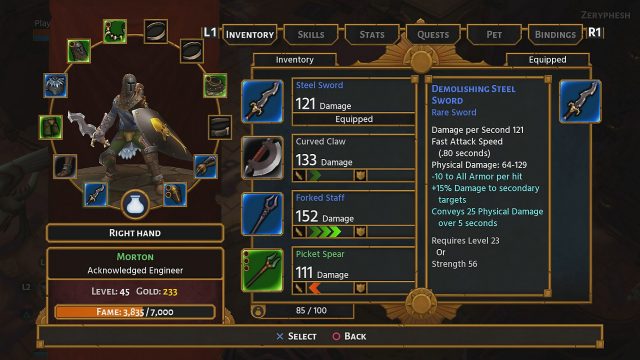 In an attempt to make the game more controller friendly, those behind these console versions have changed the UI around, and have assigned different ability slots to each of the controllers’ many buttons. Health and mana potions are generally assigned to the left and right shoulder buttons, while combat is locked to A, at least within the default control system. The rest are open for abilities, powers and spells of your choice.

Needless to say the aforementioned system is pretty straightforward. It’s also easy to use, and does a good job of transitioning the experience from a mouse and keyboard heavy one to something that an Xbox One controller, DualShock 4 or Switch joycon can handle. I was honestly quite impressed, and haven’t had any issues.

In fact, it’s hard to find anything that I dislike about the Torchlight II console experience. Even seven years later, this remains a fantastic game, and one of the best in its genre, and these updates have made its transition to consoles a smooth one. Are there issues? A little bit of framerate lag here and there, particularly when achievements pop (for some reason), but nothing major. I have yet to finish the campaign a second time, but I’ve played through the first two areas again without any real problems. 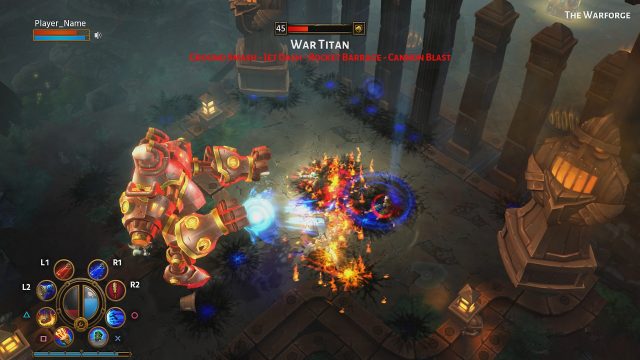 The presentation is very similar to what I remember from the Steam version, although the UI is obviously different. Spells, abilities and potions are not displayed at the bottom of the screen, as clickable buttons, but are instead shown as icons situated around one’s health and mana supplies. Otherwise, the game looks a lot like what I remember, and is just as colourful as it’s always been. Of course, being that this thing originally came out in 2012, one shouldn’t expect state of the art visuals. Furthermore, Torchlight has always had a stylized look to begin with, and is also a game that displays tens of enemies on screen at once.

I particularly like the hand drawn cutscenes, which introduce each of the campaign’s few acts, and present the story in a very appealing way. It was through reading the game’s Wikipedia page that I learned those were done by Klei Entertainment, who are now well known for Don’t Starve and Mark of the Ninja. Now that I know that, I realize that I should’ve noticed their unique style.

As far as the audio goes, there’s little to complain about. Most of the sounds you’ll hear are what you’d expect: effects from swordplay, gunplay and magical powers. There’s some solid music and ambience, but little in the way of voice acting outside of the aforementioned cutscenes. The dialogue is mostly text-based, and that’s just fine. After all, it’s to be expected.

If you haven’t played Torchlight II before, and happen to be a fan of the dungeon crawler genre, it’s well worth doing so now. It may be 2019, but this sequel is still just as fun, addictive and immersive as it’s always been. On top of that, it plays and performs really well on consoles; at least, in our experience.

Hell, I still believe that it’s the best dungeon crawler I’ve ever played.

This review is based on the Xbox One (X) version of the game, which we were provided by the publisher.