It’s a throwback episode for iZombie, at least, in a sense! “The Fresh Princess” manages to concoct another especially interesting case-of-the-week for Liv, after she must consume the brain of a comatose beauty pageant contestant, who dies from her affliction twenty years after it occurs. This effectively makes Liv an anachronism that’s stuck in the 90’s, with all of the, “Girl power” and positive attitude that comes with that. Meanwhile, Ravi and Peyton team up to try and find the potential stock of tainted Utopium left behind by Beanpole Bob, and Major continues to try and track down Sloane Mills at any cost, while Martin and Dolly continue to plot in the background.

As usual, New Seattle’s human/zombie relations constantly threaten to boil over, but fortunately, iZombie’s procedural element has come up with another creative case-of-the-week hook to keep Liv and Babineaux busy in the meantime. The idea of turning Liv into an out-of-place 90’s kid isn’t always as funny as it could have been here, granted, but the case itself is interesting, presenting an impossible scenario of poisoned make-up, wherein a suspect was already jailed twenty years beforehand. The problem is that the suspect appears to be innocent, with Liv and Babineaux having to re-open the case when the poisoning victim finally dies, which leads to the falsely accused woman once again being arrested, and now being charged with murder. 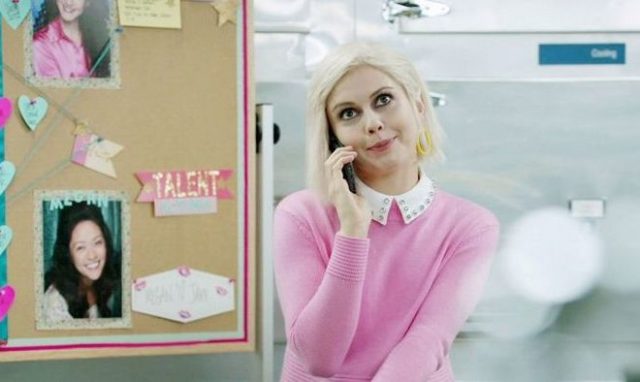 Again, this idea is really creative, and when it lives up to its potential, it creates another of the most interesting and memorable cases that iZombie has currently delivered this season. Liv’s 90’s brain even manages to pop up during some of the dialogue-driven scenes to fairly amusing effect, making her genuine sentiments come out as more cheesy and dated than she means them to. Disappointingly though, this is yet another iZombie case-of-the-week where the culprit reveal turns out to be pretty lame. It turns out that the mother of the dead contestant meant to give a rash to the woman that was accused of the crime, only to wind up accidentally injuring and then killing her daughter, due to an unforeseen allergic reaction. The motive of doing so because the killer’s daughter was losing the pageant is also lame and predictable, especially with all of the evidence quickly pointing to the mother of the victim seemingly from the jump. That’s a huge let-down, considering how much creativity and innovation this latest murder case for Liv initially starts with.

As usual for the current overall iZombie story arc however, the Moore family drama tends to deliver, and that remains true in this episode. Eva ends up discovering that Liv has made contact with her father, and is helping him recover, just in time for Liv to be shown that Evan is quickly dying from an aggressive skin cancer, which developed from his burns after the Meat-Cute explosion so many seasons ago. Given no other choice but to seek out experimental treatment in Boston, and failing to make the cut for Fillmore-Graves’ emergency exit program, Eva and Evan thus have to turn to Liv, who agrees to hook them up with one of her coyotes to get Evan a chance at being saved. The bittersweet reunion between the strained Moore family was beautifully realized here, even as it potentially hangs in the air that this could very well be the last time that we see them all together, particularly considering what Martin is secretly cooking up behind the scenes.

Speaking of behind the scenes, the subplot with Ravi and Peyton ends up being used as a way to have them discover that, “Beanpole Bob” is Liv’s father, a revelation that had to come out to the show’s other characters eventually, but unfortunately, iZombie has to waste a lot of time getting to this inevitable result in the narrative. There’s a lot of missed opportunities with this storyline to boot, despite it initially starting out promising, after Ravi and Peyton grill the Blue Cobra lieutenant that initially claimed to have Beanpole Bob killed, only to then discover that the tainted Utopium that’s supposed to be in Seattle PD evidence is now missing. After a failed attempt to investigate Don E., then another failed attempt to investigate Don E.’s institutionalized twin brother, Scott E., Ravi and Peyton soon after find yet another dead end at Don E.’s mother’s house, where the two are briefly taunted by Blaine, which soon after leads to Peyton confessing to Ravi that she was fired as acting mayor. Inevitably, this firing came from Peyton selling the Space Needle naming rights to launch, “Hi, Zombie!”, but the firing itself entirely taking place off-screen is a huge let-down. Perhaps the show meant for this to feel like a shock, but it didn’t really work in this case, especially since Ravi and Peyton spent most of their subplot chasing their tails, in a pretty uninteresting way.

Things just keep getting worse for Major and Fillmore-Graves as well, though this storyline is at least realized a lot better than the Ravi/Peyton subplot. After Major and his soldiers try to consume the brain of Dolly Durkins’ co-conspirator, who leaps to her death after Don E. and Darcy stupidly chase her off of a rooftop (again, the Don E./Darcy romance writing really isn’t working well so far), they try to have visions relating to where Sloane and her boyfriend may have first been abducted, and where they may have subsequently been taken to. Inevitably though, the Fillmore-Graves soldiers are too late, as Dolly stages a zombie attack by Sloane and her boyfriend, now fully degraded into flesh-hungry Romero zombies, forcing Major and his soldiers to shoot them both dead. Major directly shooting the fully-zombified Sloane in the head is bound to have massive consequences for Fillmore-Graves, and New Seattle at large too, unless he can somehow prove that Dolly was the one behind the attack. Something tells me that this is easier said than done though, especially with General Mills seemingly hell-bent on nuking New Seattle yet again at this point! 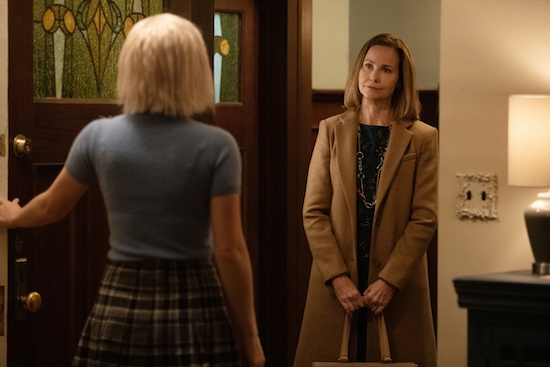 “The Fresh Princess” didn’t quite manage to fully capitalize on its highly creative case-of-the-week hook, but fortunately, this episode’s subplots nicely helped to compensate for whatever story stumbles occurred within Liv’s and Babineaux’s latest murder mystery. Ravi and Peyton lagged more noticeably behind the other characters in their subplot, but at least their overdue discovery that Martin is Beanpole Bob should lead to some good story developments soon, especially when this news will inevitably also have to make its way back to Liv. Now that Major has had to directly put down Sloane Mills however, it feels like Beanpole Bob is almost small potatoes compared to the impending wrath of General Mills, even as Dolly Durkins also proves to be a pressing issue, orchestrating zombie attacks to try and force reprisals against the undead of New Seattle. Meanwhile, God only knows what Blaine is cooking up with the Freylich kids he’s after to boot. Even after so many great strides by iZombie’s heroes, it yet again seems like human/zombie relations have found themselves at a knife edge, with potentially anyone able to send them careening off of one side at any moment. Fortunately, I suppose this also means that fans will have plenty to look forward to across iZombie’s final handful of upcoming episodes though.