With so many big moves starting to be made across the various factions of Krypton, “Will to Power” spent an episode slowing down the plot, in favour of setting up the foundation for promising future story developments. This leads to an episode without any real action, but one that nonetheless provides plenty of compelling suspense, particularly on Colu, where Seg and Adam desperately try to flee both Lobo, and the growing influence of Brainiac in Seg’s mind. Meanwhile, Val and Jax see a surprising victory against Zod’s army, but are oblivious to the forces moving against them, even amid their triumph.

The bulk of forward story movement in this episode definitely takes place on Colu, as expected, considering that Brainiac is rapidly attempting to take over Seg’s consciousness, while also re-purposing the organic components of Seg’s body so that Brainiac may repair his own. This results in Adam having to frantically keep Seg moving, as he periodically gets trapped in his own mind, in a battle of wills against Brainiac. In a similar situation as the bottled cities, Brainiac promises Seg immortality if he simply submits as well, being allowed to manifest whatever paradise he wishes through the superhuman memories that found Braniac’s twelfth-level intellect. It’s an interesting concept, particularly considering all of Seg’s losses in the wake of Season One’s events. 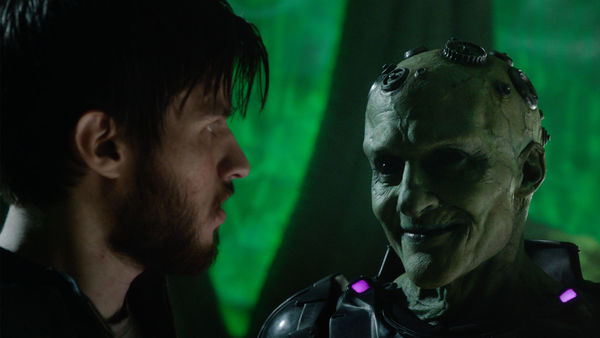 Naturally though, Seg is bound to come out on top in this battle, even as Brainiac begins to use the memory of Lyta against him. Adam at least manages to get Seg hooked up to a computer chamber however, right as Lobo tracks the two men down, with Seg being plugged into a Coluan mainframe, and engaging Brainiac in one last mental duel. At the same time, Adam has to try and hold off Lobo, who cuts off his arm with the protective force field around them, though this only leads to Lobo intentionally shooting himself in the head and ‘dying’, only to regenerate within the mainframe chamber via his severed arm, where he can get at Adam and Seg with relative ease. It’s an eccentric and surprisingly effective solution for the relentless bounty hunter, one that feels nicely intense, while also feeling true to the eccentric nature of Lobo’s character.

Like I said however, Seg was bound to come out on top in this situation, since the show must go on. Inevitably, Seg rejects Brainiac in Lyta’s form, managing to overpower Brainiac and lock him into the mainframe, in turn freeing both Seg and Adam from Brainiac’s menace. This gives Adam a handy opportunity to teleport both himself and Seg off of Colu using the Zeta-Beam device, leaving a half-formed Lobo with his prize. After Lobo finishes regenerating, he does indeed appear to kill Brainiac for good as well, though considering how this worked out for Seg, one has to wonder if Brainiac will now simply pass into Lobo, creating another obstacle for Seg and Adam, even as they manage to get dropped just barely outside of Kandor! It’s good that these two have found their way back to Krypton, even with the quick hiccup of Seg temporarily dying during the Zeta-Beam trip (which Adam handily fixes), though in having to be stuck in the Kryptonian wastelands, will they run afoul of Doomsday on the way back? 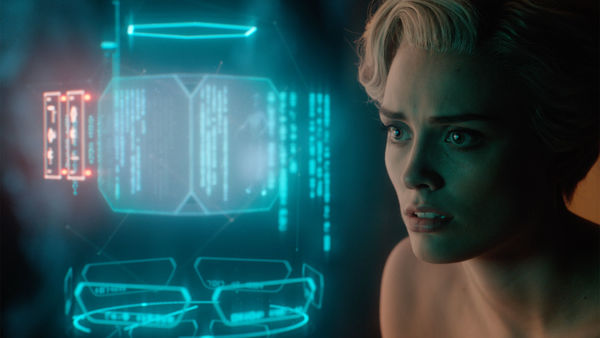 Seg and Adam aren’t the only ones that have to brave the Kryptonian Outlands in this episode either. There’s another subplot that unfolds with Jayna and Dev, after they re-discover each other in the bar, and have to hide the evidence of their actions there. The subplot doesn’t really go anywhere truly unpredictable, with Dev seemingly rejecting his legacy on Krypton and walking away from Jayna, only to later pass out in the wastes, compelling Jayna to pull him into shelter. Likewise, Lyta and Zod spend an entire subplot arguing over Lyta going to Wegthor to assist in the fight against the resistance. Zod resists, explaining that it’s because he’s already had to see Lyta die (which anyone could put together already), and then inevitably relents. That’s it. While it’s exciting to think about Lyta having to more directly battle against her former allies, we won’t see this payoff right away, since Lyta still has to spend at least one episode perpetuating an argument that Zod was inevitably going to lose.

Fortunately, while the storytelling remains more slow-paced on Wegthor, we at least get a few more interesting developments there. After Nyssa’s intel pans out for Val and Jax, Nyssa is given a bit more freedom to move around the resistance base, in turn reuniting with her former lover from the military guild. Nyssa gets the woman back into bed again, and uses this opportunity to hack into her personal database, seemingly discovering something horrible, right as the resistance prepares to march against Zod’s supply elevator. Again, this is clearly setting up a battle that’s meant to have a payoff later, but the question of Nyssa’s loyalties continues to intrigue, particularly after a great scene wherein she and Val lean on each other for emotional support, to keep each other strong during the continued fight against Zod, which they’re both undertaking in their own ways. 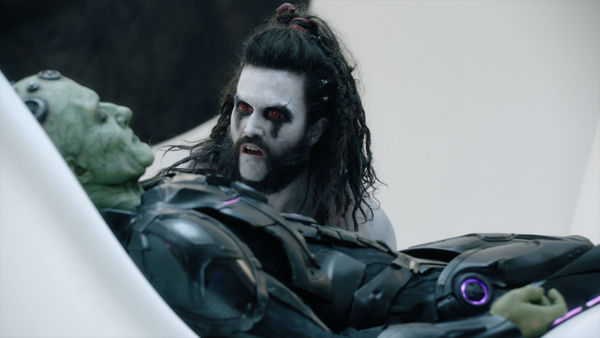 “Will to Power” may have slowed Krypton’s pacing a bit, but it still managed to provide some pretty riveting and satisfying story developments, especially on Colu. With Seg and Adam now free of Brainiac and back on Krypton as well, they can start joining the effort to unseat Zod and potentially restore the history of Superman, and of Earth. Likewise, Nyssa may be finding more resolve to stand against Zod in turn, even though her status as a double agent still isn’t totally in question. The proper subplots on Krypton may have fell a bit more flat, and didn’t ultimately accomplish anything that viewers couldn’t have easily predicted in advance, but at least there’s a good sense of forward momentum still being upheld in the battle for Krypton’s legacy. Lobo even managed to succeed at supposedly destroying Brainiac once and for all to boot! Considering how resilient and stubborn an obstacle that Lobo has been however, I also have a hard time believing that Seg and Adam are going to be fully rid of him now, especially since an immortal Czarian bounty hunter may just prove to be the perfect repository of organic repair matter for Brainiac!

Krypton 2.3: "Will to Power" Review
Krypton slows its pacing a bit with, "Will to Power", but still manages to provide some pretty intriguing developments, especially on Colu.
THE GOOD STUFF
THE NOT-SO-GOOD STUFF
2019-09-23
80%Overall Score
Reader Rating: (0 Votes)
0%