Gilly Macmillan has made a name for herself by writing thrillers have that sold, and gone on to become successful. For this reason, she’s become a relatively big name within the popular genre, and every new book is anticipated. There’s an art to writing a good, interesting and thought provoking thriller, but this particular author has shown that she knows how to do it, even if some of her books ended up being better than others.

Last year, I reviewed I Know You Know, which was not my favourite of this writer’s works. However, it was still better than a lot of what ends up being released. Now, she’s back with another book called The Nanny, which HarperCollins was nice enough to send me an advanced reading copy of.

Set about an hour outside of London, The Nanny mostly takes place at a formerly beautiful and prestigious country home called Lake Hall. It’s there where the rich, feared and troubled Holt family resides. Well, part of it at least. You see, Lord Holt passed away, leaving his wife Virginia (Lady Holt) the expansive and centuries old house, which has seen better days. Their daughter Jocelyn, who fled for California at the first chance she got, has also returned to live at her childhood home (one of them, at least), after losing her husband in a car accident. She’s also brought with her the couple’s ten year-old daughter, Ruby, who’s not used to living outside of sunny California. 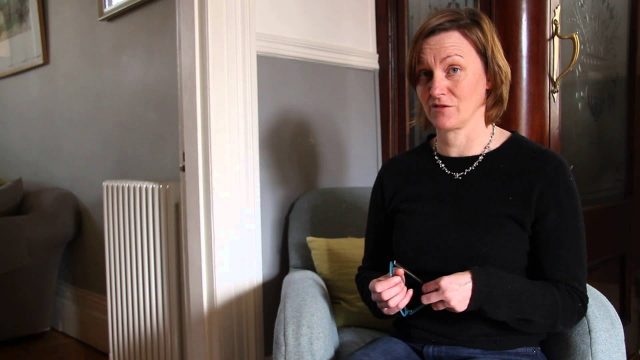 From the start, it’s obvious that Jo (as she likes to be called) has little interest in living back at home, with her mother. After all, the two have never been close, dating back to birth. Virginia is said to be a cold woman, who didn’t want to raise her child, and chose to go with a nanny instead. That nanny ended up being a woman named Hannah, who Jo was incredibly attached to, as if she was her actual mother. However, when Jo was still just a child, Hannah disappeared and was said to have left in the middle of the night. The given reason? Jocelyn’s terrible behaviour.

Shortly after returning to England, a human skull is discovered in the lake bordering Jo’s family home. Police are called, detectives are assigned, and an investigation begins. Is it the remains of The Nanny who “left in the middle of the night,” or is there more to the story?

Bouncing between time periods, this mild thriller tells a tale which began in the late 1970s and continued into modern day. It does this pretty well, by jumping from period to period, and sharing things that occurred over a lengthy amount of time. The modern day story is also told from more than one viewpoint, with most of it coming from the eyes and minds of both Jocelyn and her spurned mother, Virginia. The detective also factors in sometimes, though, albeit with less depth than one could hope for. He’s kind of forgettable.

Truth be told, The Nanny has been a difficult novel to review. While there’s an interesting mystery to be found within its premise, the actual narrative doesn’t live up to it. What’s there makes for a decent beach or cold night’s read, but likely won’t blow you away. Things are simply too predictable, and there isn’t enough depth or originality to be found within. As such, it doesn’t end up surpassing some of Gilly Macmillan’s better efforts, like What She Knew. The writing is decent, the characters are somewhat interesting, and it kept me interested enough to read from start to finish. However, I would be lying if I said that I never once got bored, or if I said that I hadn’t at least once considered dropping it. This book did get better as it went along, though.

Overall, Gilly Macmillan’s The Nanny is a decent but unspectacular read. It’s something you may well enjoy more than I did, but isn’t anything memorable or terribly original, which disappointed me since I’d gone in hoping to love it. As a result, I wouldn’t suggest rushing to read it. Just do so when you can, if it intrigues you.

This review is based on an ARC that we were provided with by the book’s publisher.