The race is on for the fate of Earth on Agents of S.H.I.E.L.D., which kicks off a two-part storyline here, one that’s meant to detail both the true threat of the season, and the ultimate mission of Sarge and his crew. “Collision Course (Part I)” is thus another slower, more exposition-focused episode of Agents of S.H.I.E.L.D., predictably serving as the calm before the storm, with Fitz and Simmons riding along to Earth with Izel, while Mack decides to make a tense alliance with Sarge, which sees S.H.I.E.L.D. joining forces with Coulson’s ruthless doppelganger.

Over at S.H.I.E.L.D. HQ, Mack does honour the deal of returning Sarge’s rig and crew to him, though on the condition that two of his agents join up with Sarge. Mack going back on the deal by saying that Sarge can only take one of his allies with him is certainly a little bit treacherous too, but his reasoning for Sarge probably being willing to leave one crewmate, but not two, is probably pretty sound. After some back-and-forth, it’s agreed that Daisy and May join up with Sarge as S.H.I.E.L.D. allies, with Sarge ultimately deciding that Snowflake will be the ally that he brings with him for the trip. This initially seems to be a bit of a weird choice, but things only get weirder as the episode goes on, albeit in a good way. 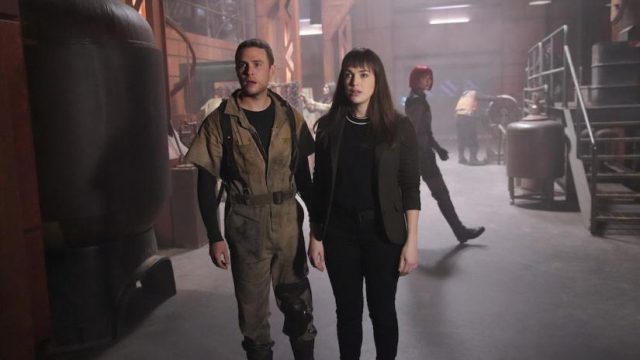 As I predicted, Izel is the big threat that Sarge and his crew are attempting to eradicate, as well as the mastermind behind the Shrike. Sarge believes that Izel’s destructive motive lies in pure hatred and contempt for organic life, which is interestingly contrasted by Izel telling Fitz and Simmons the story of how her former crew was destroyed by Sarge, with the irony being that Fitz and Simmons have no idea that Sarge is a Coulson doppelganger. Fitz and Simmons don’t ultimately do much during this episode beyond listening to Izel exposit more too, at least beyond tinkering with a communications array that doesn’t end up working anyway, and that’s kind of disappointing, especially when Izel conveniently spares Fitz and Simmons from being Shrike bait. We do at least get further confirmation from Izel that the monoliths are from her world though, which is allegedly supposed to be a dimension of fear and darkness, according to Sarge.

Back on Earth, Sarge is about to ship out to the target location on his rig, where many infected people gather to build a crystalline tower, meant supposedly to call Izel down to Earth. Apparently, a mysterious tool that Sarge needs for the job ends up malfunctioning however, leading to Sarge trying to demand that Pax come along on the trip too. Mack refuses, though he does suggest sending Deke along, finally giving Deke the opportunity to be useful in the current season’s storyline. Deke does manage to fix the mysterious tool meant to stop Izel as well, and around this point, Daisy also gets her own opportunity to interact with Sarge, though this also doesn’t go anywhere that interesting. With neither Daisy nor May finding a way to get through to Sarge or his past in the end, it’s becoming increasingly apparent that Sarge really has nothing to do with Coulson beyond his supposed DNA connection. The fact that Izel seems to know the secret behind Sarge does at least present signs that the show is about to draw back the curtain on just what the deal is with Sarge’s Coulson resemblance though, so that’s something to look forward to. 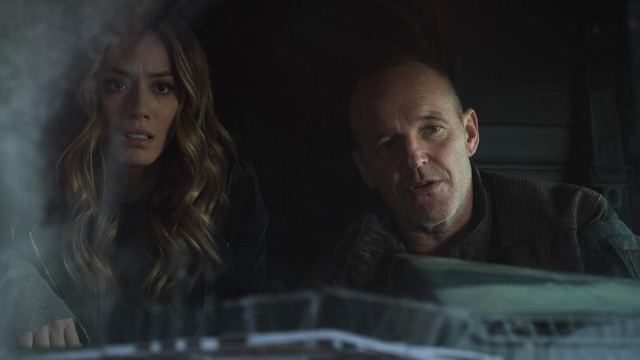 Outside of the imminently clashing forces of Sarge and Izel, Mack further decides to pull a fast one on Sarge by moving himself, Yo-Yo, Pax and Jaco onto the Zephyr, keeping track of Sarge’s movements as he prepares to engage Izel. Jaco and Pax taunt the lone agent guarding them, after Pax also does some complaining, while Jaco is put inside a nearby containment unit. That’s all their subplot amounts to at first, but before long, Pax implies that Sarge is up to something, and is keeping S.H.I.E.L.D. in the dark regarding a key part of his plan. The one lone guard gets his neck snapped after getting too close to Pax too, forcing Yo-Yo to keep Sarge’s two other crew members under control, but this yet again begs the question of why S.H.I.E.L.D. is being so weirdly careless with two highly dangerous and unpredictable prisoners from an unknown world. Surely, they can spare more than one guard to watch Jaco and Pax, for this very reason!

Regardless, Benson sends his research to Mack and Yo-Yo while Sarge’s plan is executed, revealing more information on Izel and the monoliths, and filling in S.H.I.E.L.D. brass on things that were also conveyed to Fitz and Simmons out in space. This essentially leaves all of the characters up to speed now, even if it does mean that a lot of this episode simply amounts to preparing for a more exciting conflict ahead, as I mentioned. Fortunately, that conflict finally begins to amp up when the true scope of Sarge’s plan is made known; Sarge has tricked Deke into fixing up a weapon that will obliterate a 200-mile radius around Izel’s supposed landing site, killing everyone nearby, including the citizens of a city, as well as the S.H.I.E.L.D. crew, Snowflake, and, unbeknownst to Sarge, Fitz and Simmons, who are aboard Izel’s spacecraft. Uh oh! This presents quite the exciting cliffhanger to end the episode on, particularly as Sarge uses his teleportation technology to warp back to the Zephyr and free Jaco and Pax, while Mack has to decide whether to risk innocent lives by intervening, or simply allow events to play out. 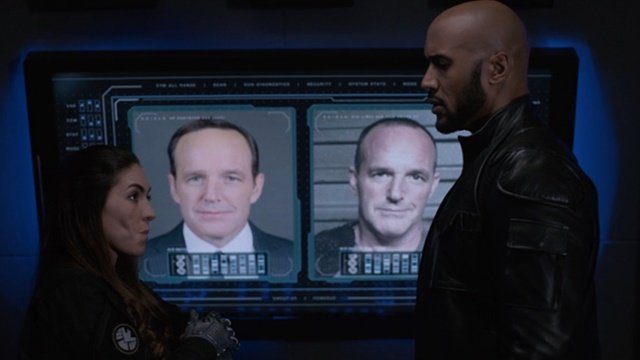 This is a hell of a cliffhanger for the second half of this storyline, making the wait and extended exposition well worth it! This may not change the fact that much of, “Collision Course (Part I)” amounts to lots of slow burn storytelling that’s meant to provide a payoff in a future episode, but the stakes ultimately reach the crescendo that they deserve in the end, even if more S.H.I.E.L.D. negligence had to be forced to ensure that Jaco and Pax get away for the umpteenth time. It was also annoying that Fitz and Simmons were left to do little more than argue, and tinker with a machine that apparently can’t be fixed, though the prospect of both of them being stuck on a Shrike-filled spacecraft, one that Mack might be about to blow out of the sky, also presents a promising tease for the following episode. I imagine that the second half of this storyline will probably be the superior half, but either way, the fate of Earth yet again hangs in the balance, and Mack’s next call is bound to have major consequences that no doubt define the rest of the season!