Now that Seg and Adam have finally returned to Krypton, we can take a break from the alien threats facing the show’s heroes, and instead focus more heavily on the ever-escalating war between Zod’s new Kandor, and Val’s resistance on Wegthor. “Danger Close” presented the ugly side of Krypton’s ongoing civil war, focusing in on the characters’ morality and compromises, resulting in an effectively morally grey episode, one presented with a slow burn style that ultimately adds up to truly horrifying consequences!

Lobo may be sitting out the show at this point, as is Brainiac here for the most part, and Doomsday remains MIA on top of that, but the war material nonetheless sustains this episode very nicely. After Seg and Adam make it back to Kandor and separate, this provides a handy excuse to explore both sides of the ongoing Kryptonian conflict, with Seg naturally resolving to reunite with Lyta, while Adam goes to Wegthor so that he can tell Val that Seg is alive. At the same time, we also get another peek at Jayna and Dev out in the Kryptonian Outlands, who are removed from the conflict, particularly after Dev reveals to Jayna that he intentionally chose to stop fighting.

Dev’s reasoning ends up tying into the core storyline with Seg and Kandor pretty effectively. It turns out that Dev was originally part of Lyta’s Saggitari forces, alongside Kem, who is also conveniently one of the only survivors of the effort to seize Zod’s supply of respirators during the rebel attack. After Lyta orders Dev to collapse a tunnel filled with civilians on Wegthor however, Dev defies the order, only to be knocked out by his squad. After Kem informs him that the attack went through, Kem then sets Dev free, leading to Dev sneaking off of Wegthor, and confronting Lyta directly. After seeing that Lyta’s compassion and care for Kryptonian life has fully disappeared however, Dev walks out on Kandor and Lyta forever, deciding never to fight again. It’s an effectively sad turn for Dev’s character, a character who, despite his good nature, has been almost consistently punished for his faith in Lyta. This makes for a smart story device for Dev that reflects a similar conflict with Jayna, after Jayna is forced to learn what her daughter has become.

As you can imagine though, there’s a bit more to it than that. After Seg successfully meets Lyta again, and the two share a night of passion, Seg is brought to Cor, shortly before Zod in turn also meets with Seg. After trying to convince Seg to join up with his war, and unite the El and Zod houses once again, Seg is then taken by Zod’s forces to medical, but discovers that Raika is among the staff. After talking his way into the reconditioning chamber with Raika, Seg then knocks out the tech, but finds no evidence that Lyta has been reconditioned. Seg does however find the evidence he needs by putting the tech in the examination chair, which feels a bit easy, but it does nonetheless provide an excuse for Zod to re-appear, and try to recondition Seg in turn! This is where the first of many especially great payoffs comes in however, since Brainiac has somehow remained bonded to Seg in some form, which allows Seg to resist the conditioning and escape!

Brainiac still having some connection to Seg is bad enough, but things aren’t any better on Wegthor, even as the resistance continues to gain momentum. Adam does manage to make it back to Val, warning him of what he saw, and the greater danger that could be looming just over the horizon, but nonetheless, Adam still ends up roped along with Kem to try and capture the space elevator for the rebels. Nyssa’s lover also comes along on the operation, but it’s here that we start learning about a hidden agenda by Jax, which is inevitably what Nyssa discovered during her own night of passion within the previous episode. Said hidden agenda involves a DNA-specific weapon, which utilizes the Codex to target certain Saggitari, in order to provide a swift and decisive end to Zod’s forces, including Kem!

This is when the episode’s best twists start unfolding, since it seems that both Zod and Val decided to throw a wrench in Jax’s operation! As some may have predicted, the swift victory that the rebels achieved against Zod’s supply line was a tactical ploy, with Zod sacrificing several of his soldiers so that the rebels could get long-term respirators… Except, Zod sabotaged the respirators, ensuring that the ground forces immediately suffocate and die as soon as they start charging the space elevator! At the same time, Jax’s DNA weapon is also completely ineffective, with Val disarming it, and sending the Codex away with Nyssa! This has the unintended consequence of putting Adam, Kem and their squad in the awkward position of being captured by Lyta’s Saggitari, but the bigger question is how the resistance will operate from here, after Jax tried to go over Val’s head and end the Saggitari on her own terms! 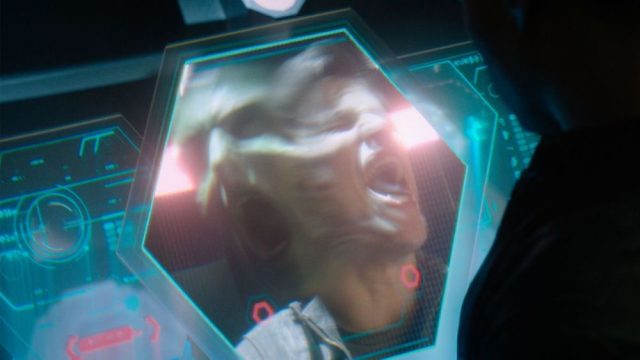 Dev and Jayna still aren’t fitting into the storyline that smoothly, especially in an episode that entirely centers around the resistance effort against Zod, but Krypton nonetheless presents a ton of exciting story payoffs in, “Danger Close”, particularly in demonstrating just how far Zod will go to maintain victory. The idea of both Zod and Jax being so reckless with Kryptonian life is certainly hair-raising, but it’s also interesting to see the efforts of the show’s heroes sometimes end up causing greater risk. All the while, Brainiac continues to linger within Seg to some degree, likely once again presenting a greater obstacle for Krypton in the episodes to come. Now that Seg is aware of Lyta’s reconditioning as well, this should hopefully provide another means of crippling Zod’s forces, but that’s also contingent on Seg being able to evade the watchful eye of his son. Seg had best find his way back to Lyta sooner rather than later in any case, particularly now that Adam and Kem have quickly found themselves at her mercy!