NOTE: Full spoilers for this episode of, “Krypton”, including a potential major character death, are present in this review

The current battle for Krypton comes to a head just in time for the halfway point of Krypton’s sophomore season, as a surprise reversal on the rebels’ side presents the opportunity to end the bloodshed on Wegthor for good. “A Better Yesterday” thus continues to focus entirely on the struggle against Zod’s forces, while completely pushing aside the lingering alien villains that continue to hide in the background. That said, this is nonetheless another standout episode for Krypton, providing some great emotional turns for the lead characters, particularly for Zod and Seg, as they must determine what the other is willing to lose.

Seg breaking away from his reconditioning in order to capture and corner Zod immediately starts this episode off on an exciting note, as Seg tries to coerce Zod into ordering a ceasefire on Wegthor. This ends up working pretty well initially, but Zod still manages to overpower Seg in the end, despite Brainiac continuing to whisper in Seg’s head. As unlikely as it is, a small, atomic-sized segment of Brainiac somehow managed to endure in Seg’s mind, which is more than a little convenient, but it does at least provide a cool, if slightly contrived escape for Seg later. This is especially true once Seg is almost choked to death by his future son, only to be saved by Jayna and Dev. 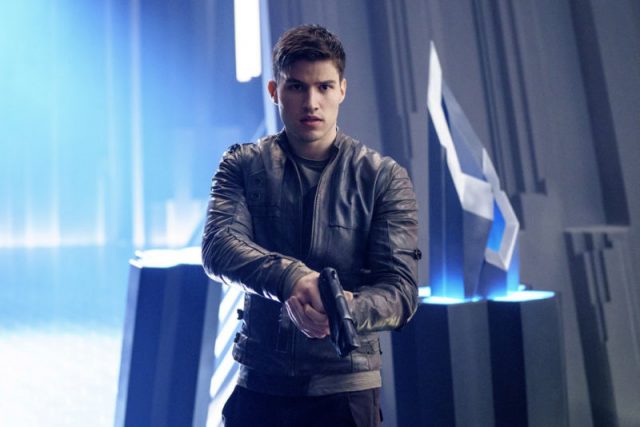 Finally, Jayna and Dev feel like they’re better meshing with the storyline surrounding the other lead characters, as they take the fight to Zod directly. After trying and failing to convince several barflies to join the battle against Zod, namely by infiltrating the Saggitari, Jayna and Dev still manage to make it right to Zod by themselves, saving Seg’s life in the process. This is pretty exciting to watch, though dampening the appeal slightly is Zod’s heavily contrived and ridiculous escape. Despite three separate weapons being trained on him (Seg is unarmed, but his Brainiac wisdom might as well be a weapon, as is shown soon after!), Zod throws a knife, and somehow super-speeds away like The Flash, completely vanishing from the heroes’ radar. The show obviously wrote itself into a corner here, since Zod really should have been gunned down easily by Jayna and Dev, since that was, after all, literally the whole reason that they infiltrated the Saggitari! Still, the subsequent sequence of Seg taking out a bunch of Saggitari with Brainiac’s clairvoyant coaching at least manages to be very cool, so this somewhat makes up for Zod unrealistically getting away.

Meanwhile, over on Wegthor, Lyta forces a meeting between her forces and the resistance, keeping Adam and Kem as hostages, since she knows that Val in particular will refuse to let them die. At the same time, Nyssa is brought back into the Saggitari’s circles, where she learns about the tainted oxygenators, and how she inadvertently sent hundreds of rebels to their deaths. This ultimately ends up being the impetus motivating Nyssa to turn on Lyta and the Saggitari as well, freeing Adam and Kem before they can be executed, and deciding to get off Wegthor and reclaim Cor, since she’s now a traitor to both sides. Nyssa’s character may have fallen far since the events of Krypton’s first season, but she’s also become one of the most surprisingly interesting personalities of the show by this point, namely since her efforts to survive have almost completely guaranteed that she has no more friends to rely on. 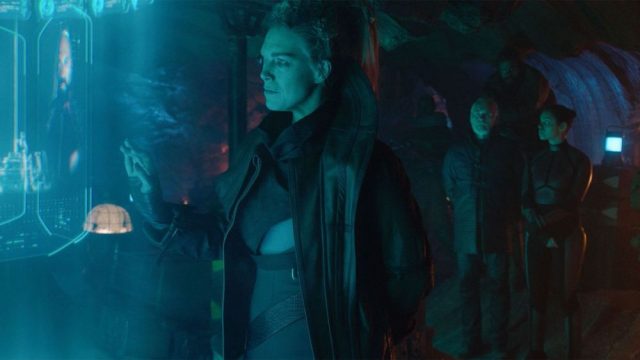 It’s around this time that a very cool snowball effect unfolds, as Jax takes out all of Lyta’s snipers during the failed negotiation for the rebels’ surrender, using an eye laser. Sure, it’s a little convenient, but I guess I’ve seen more surprising weapons in DC media. Regardless, this allows the rebels to take Lyta hostage, with Jax threatening to kill her if Zod doesn’t order the Saggitari to retreat from Wegthor within the hour. Zod even appears to capitulate to the demands as well, even fooling Seg, before Brainiac’s influence tips Seg off that Zod disarmed him while Seg was distracted. This cleverly proves that Zod is thinking more about his own survival than Lyta, and obviously has another contingency plan in place, one that will inevitably betray the rebels to another shocking and cruel fate.

Seeing the true scale of Zod’s military genius play out once again is very exciting, beautifully cementing his imposing cunning as one of the greatest threats to Krypton in the present time, as well as one of Superman’s greatest enemies in the future to come. It turns out that after mass-murdering civilians in the tunnels, during the operation that spurred Dev to abandon the Saggitari, Zod implanted hidden Saggitari forces where the rebel civilians once were on Wegthor, while putting rebel prisoners onto the space elevator as decoys that are merely dressed as Saggitari, in an effort to fool Jax, and ensure Lyta’s release. Adam and Kem discover the plan after trying to make their way back to the rebels however, and end up passing the information on to Jax. True to her word then, Jax begins a public broadcast across all of Kandor, which Zod also sees, whereupon she appears to cut Lyta’s throat in a public execution!

Something tells me that this is a trick however, since Krypton killing off its core female lead is very unlikely. Regardless, “A Better Yesterday” certainly ends on a hell of a cliffhanger, one that provides a wonderfully intense and disturbing payoff to the furious calculations of two increasingly ruthless military minds. Seg witnessing Lyta’s execution is also bound to create major consequences on the heroes’ end to boot, let alone for Zod, who will probably become even more aggressive when it comes to wiping out rebel forces on Wegthor! Nyssa also continues to stand as a promising ace-in-the-hole too, now that she’s presumably going back to Kandor to retrieve her son. It’s anyone’s guess as to how both sides will respond to Lyta’s horrifying death (even if, like I said, it’s probably a trick), but that’s assuming that they’ll even have time to mourn and plan counter-attacks. After all, immortal alien conquerers and unstoppable living super-weapons are still unaccounted for amid this ever-escalating war!

Krypton 2.5: "A Better Yesterday" Review
Krypton continues to escalate the battle against Zod in, "A Better Yesterday", a consistently thrilling episode that ends in a horrifying, yet potent cliffhanger.
THE GOOD STUFF
THE NOT-SO-GOOD STUFF
2019-09-26
90%Overall Score
Reader Rating: (0 Votes)
0%