NOTE: Spoilers from throughout the second season of, “Krypton” are present in this review

Despite a few rough edges during its first season, Krypton’s second season proved to be a gem, exceptionally increasing the show’s scale, while introducing several exciting new threats to the protagonists. With the heroes separated throughout much of the season as well, the multiplied threats become that much more difficult to combat, and the result is a tight and exciting batch of ten episodes that Superman fans especially are bound to be delighted with! As with too many outstanding cult genre shows though, Krypton’s otherwise awesome second season struggles in its conclusion, due to the series suffering an unexpected cancellation, following Syfy axing Krypton, alongside a formerly planned spin-off surrounding new character addition, Lobo, after the show’s ratings dipped much lower than they did during Season One.

On the one hand, this isn’t surprising. Krypton is an expensive series with considerable production value, and its high expenses, coupled with its more modest ratings, would inevitably lead it to a premature demise, alongside other byproducts of Syfy’s recent production expansion efforts like Nightflyers, Happy! and Deadly Class, all of which were killed by the network this year. Hell, Deadly Class had pretty good ratings for Syfy in fact, and it still got prematurely cancelled after just one season! Thus, it’s frustrating to see Krypton become a casualty of Syfy’s seemingly poor financial planning, even if there’s still a small ray of hope that this fan-favourite Superman prequel series could be revived on another platform, especially an in-house WarnerMedia platform like DC Universe and/or the upcoming HBO Max. For now though, if the show had to die an undeserved death, at least it went out on a high note.

Krypton’s second season hits the ground running right from the jump, plunging an otherwise successfully saved Krypton into a tense civil war. General Zod’s iron-fisted regime may protect the planet, but its aim to expand Krypton’s influence to other worlds, while also controlling ever more sectors of daily life on Kandor, ends up sparking a resistance, led by Val-El and Jax-Ur, who base their rebellion out of one of Krypton’s nearby moons, Wegthor. Seg ends up becoming crucial to the resistance effort as well, despite being stuck in the Phantom Zone at the start of the season, and soon after ending up on Brainiac’s planet of origin, Colu. Even as Zod becomes Krypton’s current biggest issue though, other threats remain in the shadows to boot, including Brainiac, who survives through Seg, and Doomsday, who has now been awakened, and is wandering the Kryptonian Outlands.

After a somewhat dry, but passable political debate that mostly punctuated Krypton’s first season last year, the show can finally get establishing this universe’s take on the titular planet out of the way, and go all in on incorporating lots of cool elements and lore from DC’s Superman comic books, even without ever directly featuring the Man of Steel himself! The collection of standout Superman villains is great enough, with General Zod serving as a worthy and dangerous main antagonist for Krypton’s second season, but other established story elements from Superman franchise canon, like the parasitic Black Mercy, and the tease of Kryptonians achieving incredible powers under a yellow sun, also provide their own standout story devices throughout various episodes. Superman/DC fans are bound to find plenty to love throughout this sophomore season, now that it no longer insists on staying firmly on Krypton, and instead makes effective efforts to expand the scope of the show to more corners of the cosmic DC Universe, as well as more recognizable Superman Family history. 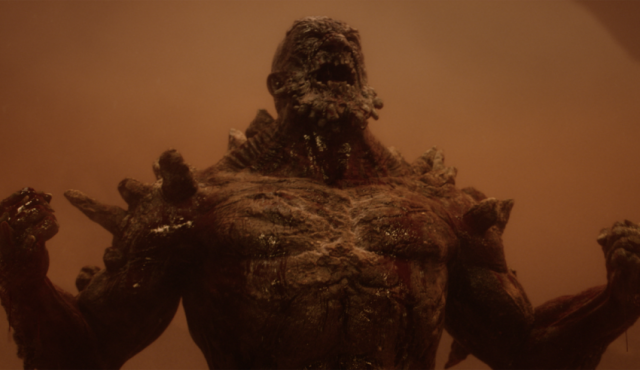 Along with an increase in scope, Season Two also sees an increase in violence and darkness, without ever forsaking the colourful comic book inspiration in the process. This is most notably demonstrated with a reconditioned Lyta, who faithfully serves General Zod and goes along with his military agenda, only to later be revealed as a clone after she’s publicly executed by Jax-Ur, with the real Lyta instead being imprisoned by Zod with a Black Mercy. The show paces the battle against Zod very well, giving Seg, and later Adam, a chance to learn more about Brainiac’s origins on Colu to start, while fighting Brainiac’s increasing influence on Seg’s mind, before they get to the real struggle against Zod. This Colu stretch also serves as a fun introduction for Lobo, a fan-favourite DC anti-hero who is played wonderfully by Emmett J. Scanlan during the early episodes of Krypton’s second season, as well as its season/series finale. Scanlan’s Lobo ultimately being denied his own spin-off really stings, and if there was any problem with Krypton’s otherwise superb second season, it was the fact that it didn’t have nearly enough Lobo in it.

There sure is plenty of spectacle throughout Krypton’s sophomore and seemingly final season, but the character moments proved equally effective in it as well. Seeing character evolutions like Nyssa becoming a double agent-turned-resistance hero, Jax go from a hero to a villain after her own controversial choices in the war against General Zod, and Kem even evolve into a commander that heroically (and cheekily) sacrifices his life to Doomsday so that his fellow resistance fighters can escape an exploding Wegthor, all pay tons of great dramatic dividends. There’s even a surprisingly effective budding romance explored between Jayna and Dev, the two outcasts from House Zod, even if it takes a little too long to pick up in earnest. The spectacle and intensity may be the main draw of Krypton’s second season, but it was good to see that the character arcs also saw a big upgrade in quality during Season Two, which, again, is all the more painful when you recall that Syfy cut the series short.

Krypton deserved a much longer run, and the many awesome cliffhangers from the season/series finale likely never being realized hurts more than anything else, aside from the equally promising and equally dead Lobo spin-off that was formerly planned at the network. Still, if the series’ premature death hurts this badly, it’s a testament to how exceptionally Krypton came into its own in Season Two, with the show successfully expanding and improving on pretty much everything, from the scope, to the spectacle, to the character development. The show was just ultimately in the wrong place at the wrong time, being seemingly killed because of Syfy’s hemorrhaging pocketbook, not because it was a bad and/or ignored series, despite the noticeable and undeserved ratings decline in Season Two. I’ll still be crossing my fingers for a potential Krypton revival in the future, but at this point, Superman fans are likely stuck with The CW’s Supergirl for now, which is definitely not a comparable consolation prize. There’s clearly a lot more story to tell regarding the life and times of the tragically doomed home planet of Superman, despite Krypton ironically benefiting from shifting focus further away from its titular planet, but I’m at least happy to see that this fan-favourite show managed to excellently find its footing in its second year, even if that couldn’t ultimately save it.

Krypton: Season Two Review
Krypton's superb second season is a huge improvement over the first, presenting a palpable increase in scope and character, which makes the series' premature cancellation by Syfy hurt all the more.
THE GOOD STUFF
THE NOT-SO-GOOD STUFF
2019-10-16
87%Overall Score
Reader Rating: (0 Votes)
0%