It’s all come down to this, on the penultimate episode of Preacher. Jesse, Tulip and Cassidy push their way into Masada, just in time for the climactic Apocalypse Revue, as less than an hour ticks away before the world ends. “Overture” certainly makes the effort to stop the apocalypse a memorable one as well, as God Himself begins to stand in the way of Jesse, Tulip and Cassidy, while the Grail, having finally gotten hold of Humperdoo, the true Messiah, tries to keep everyone entertained and distracted before the world ends.

After Jesse reunites with Tulip and Cassidy, the two waste no time preparing to storm Masada. Tulip’s confession that she slept with Cassidy right before Jesse’s return doesn’t even register with Jesse at that point, having completely put aside personal issues in favour of one singular mission– Stop God once and for all. There’s no time to be anything other than a united front, and fortunately, Jesse, Tulip and Cassidy also happen to have a convenient ride into Masada, thanks to the angel and demon that are continuing to fight in Kamal’s bar, even now! We also get confirmation that these two are indeed the parents of Genesis to boot, though at this point, the show seems to shrug at this revelation. That’s disappointing, since it means that the offending angel and demon are positioned to pretty much entirely sit out the final battle against God, which certainly feels like a weird narrative choice. 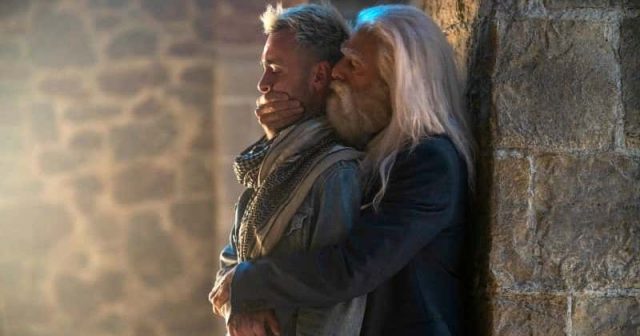 All the while, God oversees the Apocalypse Revue, violently disposing of any Grail official that even remotely displeases him, up to and including well-meaning hairdressers and cowering office workers! God has officially dispensed with any degree of benevolence at this point, and thankfully, He’s also started acting more like the wise, all-knowing deity that He’s supposed to be, ditching the games, and going all out against Jesse, Tulip and Cassidy. Because of this, God also gets even more blind to Jesus’ efforts to please him as well, which seemingly leads to both Jesus and Hitler coming up with their own plan to interrupt the apocalypse. The Jesus/Hitler subplot also didn’t mesh with the episode very well though, especially when the two start mindlessly squabbling instead of actually getting anything done, but perhaps there will be a payoff here during Preacher’s subsequent series finale.

While Jesus and Hitler are predictably failing to work together, Herr Starr and Featherstone also finally copulate, pleasing at least some of Featherstone’s ultimate reasons for perpetuating her loyalty to the Grail. Starr’s comical indifference to Featherstone seems to come up here as well, particularly when Featherstone inquires about her supposed imminent ascension into Heaven. Starr however claims that the Grail is not designed to achieve glory in Heaven, but simply to enact violence, greed and control on Earth. This is certainly crushing for Featherstone, but even more amusing than Starr’s open admission that the Grail is a sham organization, is Starr discovering from Featherstone’s unsanctioned assassination of Hoover II that the amended apocalypse plans were entrusted to him, which would have substituted total annihilation for merely the annihilation of social groups that God and the Grail find irritating. Starr subsequently spending the rest of this episode arguing with tech support in India about sending a fax makes for a surprisingly funny and effective payoff to this too!

As for Featherstone, she does indeed prove to be an ace-in-the-hole for Jesse’s group, as I previously predicted. This comes a bit further on, once God begins to separate Jesse, Tulip and Cassidy, with Tulip’s ‘test’ taking place in a secluded office. In here, God challenges Tulip to avoid hitting Him or otherwise losing her temper with Him for a whole minute, a test that Tulip predictably fails, once God admits that he can’t remember why He killed Tulip’s and Jesse’s unborn daughter. After God then knocks out Tulip, and drains the office worker He killed of blood to later feed to Cassidy, Tulip realizes that God has tampered with the door lock, trapping her inside. Featherstone however opens the door from the other side, once again pointing her gun at Tulip, though it seems inevitable that Featherstone’s previous loyalties have come apart. Thus, I imagine it’s significantly more likely that Tulip and Featherstone will become allies now, rather than settling their differences once and for all.

Cassidy, meanwhile, holds out a little longer, but even he ultimately fails God’s test of temptation, after God offers Cassidy the chance to return to his former life in the 1910’s, free of vampirism. Cassidy refuses God several times, but eventually capitulates, selling out Jesse so that God can knock Jesse out, and take him into an empty church. Here, God taunts Jesse with his inability to wield Genesis against Him, though this also leads to one of the best twists of the episode; God is helpless to control Genesis! Once Jesse realizes that God can’t extract Genesis on His own however, the Saint of Killers enters the church, seemingly ready to fulfill his vow of killing God! Disappointingly though, God has already gotten to the Saint of Killers, with the Saint turning his guns on Jesse right as the episode ends! 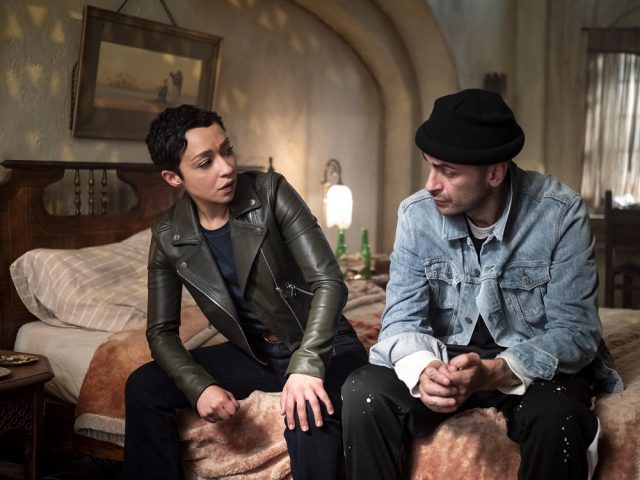 It really does seem like God is always several moves ahead of the protagonists, and that came into excellent focus throughout, “Overture.” Considering some of Preacher’s narrative stumbles during this final season, the penultimate episode for the series felt entertaining, thrilling and shocking in equal measure. Seeing Jesse, Tulip and Cassidy all fail their respective challenges with God isn’t much of a surprise, but the show did a great job of keeping viewers on their toes nonetheless, even finding a way to keep Herr Starr’s comical annoyances going strong, despite Starr and the Grail seemingly having won at this point. Featherstone seemingly joining up with Tulip could possibly give Jesse’s crew the edge they need to stop God once and for all though, particularly as Jesus and Hitler also conspire to avert the apocalypse in the background, even if they’re currently more interested in fighting each other. There’s just one episode left to see how everything ultimately comes together on Preacher, but fortunately, the show is going into its series finale with some awesome momentum! Thus, hopefully the end of Jesse’s journey can maintain that momentum, as the final stage of God’s plan to destroy and remake the world begins to unfold.