In its long tenure in the video game industry, Nintendo has had some pretty wacky ideas. Just in the last few years, we’ve seen cardboard gaming peripherals with Nintendo Labo, a pilates ring re-imagined as a tool to battle a dragon in a fantasy RPG with Ring Fit Adventure, and perhaps the biggest one of all: a console with detachable controllers we all know as Nintendo Switch.

But one of their not-so crazy ideas was on display at E3 2015 and went on sale later that year: Animal Crossing amiibo trading cards.

Sold in blind booster packs, just like Pokémon cards (or Magic: The Gathering ones, if you lean in that direction), these cards have an NFC chip embedded between their paper layers that enable functions just like any figurine-based amiibo.

Unfortunately, these cards haven’t been produced in new batches since Animal Crossing: New Leaf – Welcome amiibo for 3DS at the tail end of 2016.

With the upcoming Pokémon Sword and Pokémon Shield due to release in just a few short weeks, it has long baffled us here that the Kyoto-based company has yet to explore amiibo functionality in its most popular trading card game series.

It is no secret that Pokémon is a massive franchise around the world, and though it would be cool to see someone spend a fortune to actually collect them all, it simply doesn’t make sense to produce amiibo figures for each of the franchise’s 809 creatures. (This number is about to go up big time when Sword and Shield launch.) There is a great way Nintendo could do this, however, and the key lies in expanding its amiibo card line (still only relegated to those now-discontinued Animal Crossing ones) to the Pokémon Trading Card Game.

With the wild popularity that the trading card game continues to see, there are a number of ways this could benefit Nintendo. Not only is there a relatively low cost to producing amiibo cards, especially compared to physical figurines, they are also massively cheaper to ship around the world as they take up about 1% of the space. The profit margins may not be as high as traditional paper-only cards, but a potential uptick in sales from amiibo collectors should more than make up for that.

It could also set the trading card game world on fire, as it would introduce a new technology to an industry that has otherwise been relatively stagnant over the past years. Sure, they’ve had different types of holographic cards, textured cards, and even horizontally-oriented cards in the franchise, but the technology itself has remained virtually identical for the past few decades. Only the e-Reader series, released in 2001, attempted a connection between technology and the paper cards, but that was a short-lived project in part due to a lack of popularity of the e-Reader peripheral itself.

Bringing amiibo functionality to cards could also bridge the gap between those collectors who have yet to jump onto the Switch bandwagon and, conversely, do the same for Pokémon game diehards who perhaps haven’t looked into the trading card game in a while. 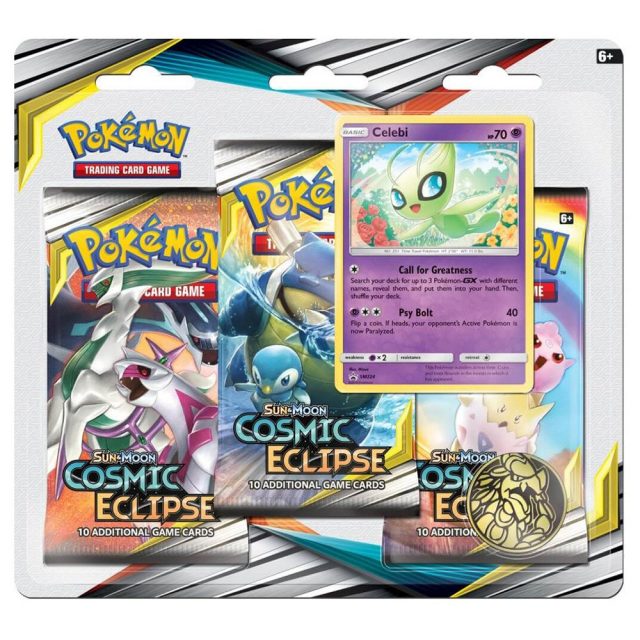 In addition to Nintendo’s own hardware, every modern smartphone released in the last few years has NFC functionality, which also offers Nintendo the opportunity to develop a series of apps that also have this functionality. In fact, with Animal Crossing Pocket Camp, they could have already implemented some sort of amiibo functionality that bridges the game for smartphone users into the Nintendo Switch. Of course, Animal Crossing: New Horizons doesn’t launch on Switch until early 2020, but with no mention of such functionality, we’re not holding our breath.

There has been a thriving community of makers on sites like eBay and Etsy that have been producing their own amiibo cards, quasi-testing the market for Nintendo.

Borne out of the physical amiibo scarcity, Kotaku reported back in 2017 that there are multiple sources on the web to obtain amiibo cards that contain the NFC data from physical figures. With a huge dearth of supply of many amiibo still occurring to this day, these cards make it a lot easier to reap the benefits without needing to spend $60 on what was released as a $15 figurine before scarcity drove up its price four-fold.

What do you think about the possibility of Nintendo making amiibo cards a real thing? We’re firmly in the camp that it should happen sooner rather than later, and tying it to an actual Pokémon game would help drive adoption of Switch by trading card collectors and of the cards by Switch owners.With the newest Pokémon Trading Card Game sets announced already, it isn’t looking good that the main line of games will include any amiibo cards. However, Nintendo is a nimble company, and if they’ve already been exploring this, they could do something quite soon. Given their reputation for announcing Direct presentations on incredibly short notice, anything could happen.