Supergirl continued to develop its new threats in Season Five’s second episode, even if some of its thematic storytelling is still about as subtle as a brick to the face. “Stranger Beside Me” does ultimately make for a good antagonist-focused episode nonetheless though, as the heroes try to track down Malefic, while Lena continues her research into technological advancement, and Andrea increases her stranglehold on CatCo’s output. These story elements are well and good, but some of the core storytelling with Kara and Alex is still really lacking here, despite a somewhat cute relationship subplot between Brainy and Nia that at least somewhat balances this out.

Apparently, after J’onn’s encounter with Malefic, J’onn has begun exhibiting uncontrollable pain symptoms, something that Malefic also struggles with at a distance. This pain is apparently a curse resulting from an ancient edict that brothers must never fight brothers on Mars (just go with it), and provides a weird, but undeniably effective way to prove that Malefic is indeed J’onn’s brother. Since Kelly’s Q-Waves are the only reliable way to cure J’onn, J’onn then decides to get wired to Kelly’s new Obsidian North machine, in order to undertake a dive into his own mind. It’s here that J’onn also discovers that his mind has been wiped, and that key information from the Martian Civil War is apparently missing, confirming that Malefic is not only J’onn’s brother, but that he was also banished to the Phantom Zone after allegedly aiding the White Martians in their offense.

This is a really interesting idea, and definitely makes for one of the better story elements of this episode. It also provides a welcome chance for Kara and Alex to take a break from their own less effective storylines, to chase Malefic into the sewers, whereupon they also encounter his White Martian buddy! All the while, William is apparently tracking and following Kara using Obsidian’s resources (this is definitely illegal, but whatever), resulting in Kara narrowly saving William from being killed, only for Malefic to get away in the process. It seems like the show is trying to position William as a new love interest for Kara, one that may learn about her identity as Supergirl, but frankly, William’s character really isn’t that good at this point. He’s very unlikable, clearly not above breaking the law, let alone journalist protocol, to get what he wants, and despite the episode ham-fistedly showing him volunteering at a soup kitchen in its final moments, this isn’t nearly enough of a motivation to like a character who has nothing but negative qualities outside of his volunteer schedule!

In fact, pretty much all of Kara’s civilian material in this episode was pretty terrible, sadly. Kara is continuing to embarrass herself at every turn, constantly butting heads with Andrea, which could have been a nice way for Kara to challenge her new boss’s principles, or lack thereof, but still comes off too much like Kara is throwing a tantrum, and demonstrating way too much pride and self-absorption to be worth rooting for. Sure, Andrea and William are also not being terribly likable characters, but they’re not supposed to be at this point, especially not Andrea. Kara is supposed to be the central hero of the show, the inspiring example of how to conduct oneself both in and out of business, but ever since Andrea took over CatCo especially, Kara has been doing nothing but acting unprofessionally, and playing the victim, yet also acting surprised that Andrea isn’t taking her more seriously. Sure, Kara may have won a Pulitzer, but she really needs to be reminded that respect is earned, not given, and while Andrea is certainly being a bitchy boss, Kara’s not helping the situation by acting like a child. 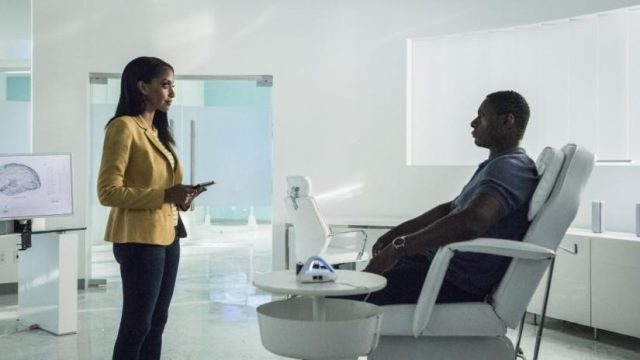 This problem is also bleeding into Alex’s arc, with Alex continuing to languish in a lacklustre relationship subplot for most of this episode. I don’t know when Supergirl started forgetting that Alex is supposed to be the tough, independent and resourceful older sister character, but it’s really becoming a problem lately. After Alex prepares blueberry pancakes for Kelly, only to learn that Kelly is allergic to blueberries, Alex starts freaking out around the DEO, believing that she knows nothing about Kelly. Well, no shit, Sherlock! You two only recently started dating! This is a total non-conflict, to the point where even Brainy of all characters can tell that Alex is being ridiculous! That’s especially saying a lot when Brainy cluelessly sends Nia a profusely excessive amount of food and poetry throughout this episode, in a humourous side plot that serves as one of the better storylines of the episode, even if it’s mostly played for laughs. Sure, the blueberry thing is meant to be a plot device so that Alex can later sniff out Malefic when he disguises himself as Kelly, at the end of a fairly decent climax, but Alex really needs to chill the hell out, and get back in character! The last thing we need is another Kara constantly losing her composure at things that aren’t important!

Fortunately, Lena also spearheaded another strong storyline in this episode, so the women of Supergirl weren’t completely embarrassing themselves here. It turns out that Lena was the one who had Eve kidnapped from her new waitress job at the end of the season premiere, and is mapping out Eve’s brain as part of her plan. Lena tells Eve that, after discovering Supergirl’s identity, she’s become disillusioned with the emotional limitations of humankind, and wants to evolve humanity to a higher standard. After Andrea seemingly catches Lena making off with Obsidian North technology as well, Lena decides that she doesn’t need Andrea’s tech, and is instead going to make use of something else, namely the foundation of her A.I. assistant, Hope. Not only does Lena’s plan actually provide some solid fallout to Lena learning that Kara is Supergirl, but it also takes a wonderfully ruthless turn, after Lena forcibly adapts Hope into Eve’s brain! This essentially means that Lena has more or less killed Eve to further her agenda, re-purposing Eve’s body as a host for Hope, something that firmly seems to be putting Lena on the path to becoming her brother! 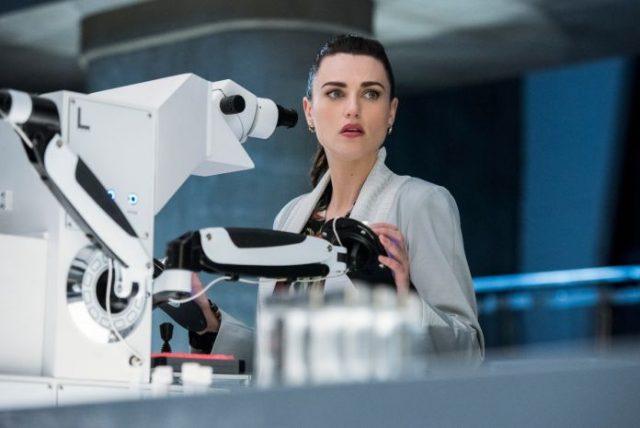 Lena’s ever darkening character turn is fantastic, as is the growing mystery surrounding Malefic. At the very least, Supergirl’s antagonists are bringing their A-game in, “Stranger Beside Me”, but several of the heroes are not being presented well, especially when Kara and Alex spend so much of this episode in infantile, emotionally draining subplots that will quickly wear on the patience of any viewer that’s well into their 20’s, or older. Like I said though, the relationship material between Brainy and Nia is at least fairly cute, and definitely works better than Alex ridiculously losing it over not knowing an allergy of Kelly’s, which presumably would never have come up in conversation before that point. Seriously, Alex even says that she, “Almost killed Kelly”, despite the fact that Kelly is capable of communicating, and carries an emergency Epipen anyway. Like I said, Alex especially, but also Kara, really need to pull their heads out of their asses and get some damn perspective, especially since they’re about to be up against some enemies that are definitely not going to be wasting their time on such immature concerns!