After picking up the season from the perspective of the protagonists, and how they’ve attempted to eke out a living on one side of Alpha’s borders, The Walking Dead shifted its focus to Alpha’s faction during Season Ten’s second episode. “We Are the End of the World” is entirely focused on the Whisperers, being split between a flashback storyline, and a present-day storyline, detailing the origin and evolution of the relationship between Alpha and Beta. It’s a very interesting concept that works well at fleshing out The Walking Dead’s current arch-villains, though a few tedious spots do disturb this otherwise solid concept.

As much as Alpha continues to be nicely spotlighted in the flashbacks from seven years ago, when she first ventured off on her own with a younger Lydia, it’s actually Beta that ends up getting the most development in this episode. This is likely because Alpha’s origin was already given its own episode last season, leaving most of the unveiling flashback narrative to logically surround Beta in this case. This specifically begins when Alpha and Lydia are initially attempting to blend into walkers seven years ago, only for Lydia to scream and alert the dead to their presence, after she watches a trapped woman get devoured. This forces Alpha to take Lydia into a nearby mental hospital, where a masked man has taken up residence, but nonetheless grants the two temporary asylum. The man doesn’t say much, and only communicates in whispers, but it nonetheless becomes obvious that this unnamed man will eventually become Beta, Alpha’s second-in-command within the Whisperers. 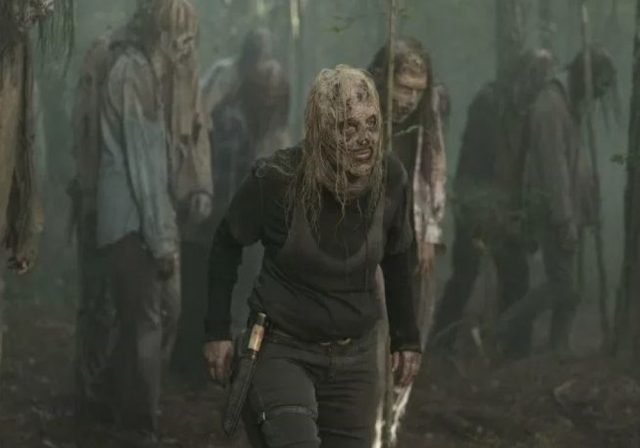 As Alpha tries to explain to Lydia where they are, and how to deal with the new survivor that’s giving them shelter, Lydia eventually goes off on her own to try and prove her strength, covering herself in walker blood so that she can prove her place with her mother. Once Alpha discovers that Lydia is missing however, she instead finds a secret place of Beta’s, and takes out a walker there, not knowing that the walker is seemingly Beta’s undead son. After Beta angrily flies into a rage, Lydia then tells Beta that Alpha is trying to save him, by spreading her philosophy that the only way to thrive in the walker apocalypse is to walk with the dead. This is a little too easy, especially since Alpha had just killed Beta’s own son (even if he was a walker), which logically should mean that Alpha should be dead, not crowned the leader of a whole new faction! Still, the Whisperers originally getting their idea of walker masks from Alpha suggesting that Beta remove and wear his own son’s face as a memento is pretty interesting, and helps to justify what’s otherwise a pretty inexplicable and disgusting Whisperer practice.

Meanwhile, in the present day, the Whisperers grow restless, particularly Beta, all of whom have started to observe Alpha’s altered behaviour after the supposed death of Lydia. The viewers obviously know that Lydia is alive, but Alpha has spread a myth that she allowed her daughter to die, in order to maintain the respect of her tribe. This also ends up tying back nicely to the Whisperer that Alpha previously forced to give up her infant at the gates of Hilltop too, the infant that was rescued by Connie. This Whisperer, Frances, has started to become a liability, to the point where even her own sister has started to doubt her allegiance to the pack, after Frances appears to break down during a walk with the undead. Despite a narrow scrape with Beta however, Alpha nonetheless shows mercy to Frances, which seemingly reignites Frances’ passion for the Whisperers’ cause. 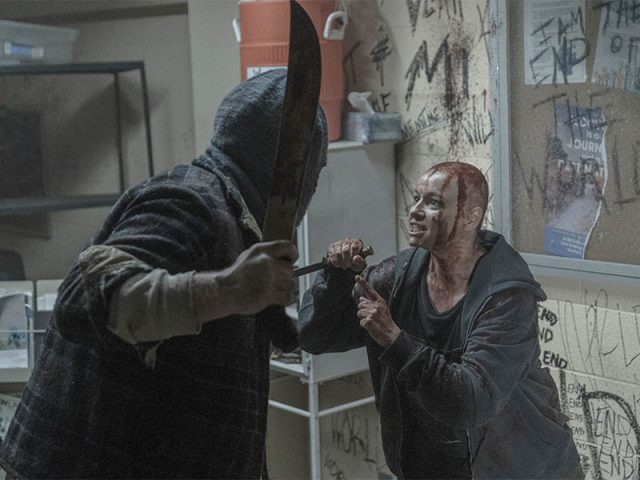 Seeing a rare merciful turn by Alpha is awesome, suggesting that occasionally, Alpha will provide, “Grace” for certain Whisperers that break the rules, helping to solidify why Alpha’s Whisperers have never rebelled against her in earnest. Despite this however, the episode annoyingly renders this turn moot, when Frances attempts to assassinate Alpha so soon after Alpha forgives her, specifically by outing Alpha’s presence (and Frances’ own), around a bunch of walkers. Beta and Frances’ sister end up intervening however, with the sister saving Alpha’s life, while Frances is eaten by walkers, and Beta takes out the rest of them so the Whisperers can escape. It turns out that Frances’ sister is an important figure too, one that is appointed, “Gamma”, the third-in-command of the Whisperers, after Alpha acknowledges her life being saved by Gamma. Gamma doesn’t actually exist in the Walking Dead source comics, and was made up for the TV series, but her presence as a new Whisperer authority figure ends up working well with an increasingly uncertain Beta, who continues to doubt Alpha’s loyalty in the wake of Gamma’s ‘promotion’.

This doubt supposedly comes to a head after Beta tracks Alpha to the Whisperers’ old camp as well, whereupon Beta learns that Alpha has been secretly mourning Lydia. Worse still is that Alpha is forced to confess that Lydia is alive, seemingly confirming that she’s been compromised! Despite this though, Alpha manages to talk Beta out of killing her and seizing control of the Whisperers, yet again, with the two instead reciting the Whisperer credo as the episode winds down, about how the Whisperers are the, “End of the world.” It’s an effectively chilling moment, especially when it leads directly into that stare-down between Alpha and Carol from the season premiere. The moment would have worked best if Beta wasn’t so unrealistically persuaded on multiple occasions though. Why the hell does Beta still trust Alpha at all at this point, especially when he saw her kill his own kid?! 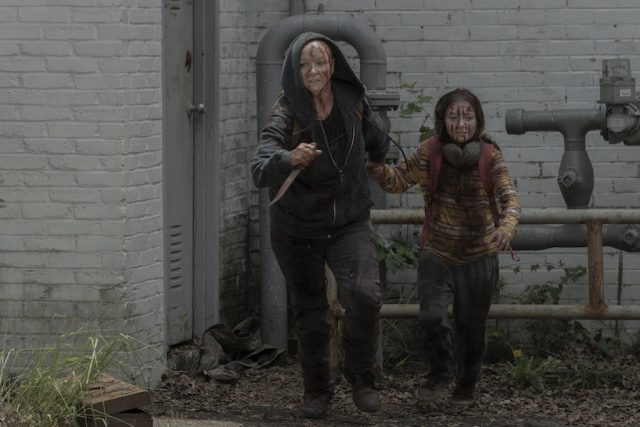 Whatever the case, “We Are the End of the World” serves as another interesting deep dive into the Whisperers for The Walking Dead, one that nicely fills out the origin story of Beta at the same time. It’s getting a little difficult to believe that Beta would still be as loyal as he is to Alpha by this point, considering how blatantly Alpha has betrayed her own ideology right in front of him, more than once, but this episode’s latest Whisperer drama still generally worked well nonetheless. Likewise, the all-new character of Gamma presents some pretty good promise, since we’ve already seen her willfully sacrifice her own sister to further Alpha’s cause, despite the growing suspicions of Beta. The lack of true suspense with Beta and the younger Lydia (since she obviously survives into the present), sometimes hurts this episode, but at least the Whisperers themselves continue to be some of the best villains in the current history of The Walking Dead, nicely carrying their own episode, even when there’s still so much to explore from the perspective of the protagonists.