After a rather ho-hum pilot episode, Batwoman continues to struggle in its sophomore offering. “The Rabbit Hole” at least better fleshed out the show’s arch-villain, Alice though, continuing to build upon the promising Kane family dynamic that was glimpsed in the show’s pilot episode. Despite that however, so much of this episode once again ended up being trite, boring and unremarkable. That’s really frustrating, since there is a good effort made to expand upon Batwoman’s antagonists here, especially with at least one promising twist delivered at the end.

Ultimately though, Batwoman is still failing to truly make its mark on the Arrowverse. It’s still recycling too much tired drama, and relying on too many tired story turns. Kate’s heroic origin at least stirs up some elated responses from Gotham City’s civilians, who happily debate whether or not Batman has returned after his three-year absence, but even Kate stepping into the legacy of her famous cousin is done with disappointingly little fallout in her personal life. This is all the more true when Batwoman continues to retread so much plotting from Supergirl in particular here, which felt like it elicited much the same public response in National City, after Kara first pioneered her Supergirl identity. In fact, I wouldn’t be surprised if Kate started recycling some of Kara’s origin drama and early hero actions verbatim, on Kate’s own journey to trying to break out from the shadow of her more famous male cousin. 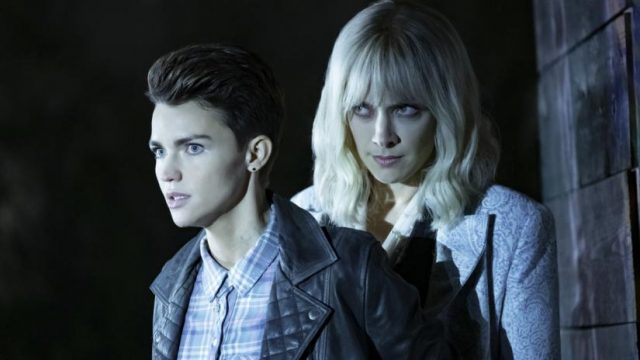 Compounding the issues with this episode is that it undoes the positive development with Jacob’s character as well. Some of the flashbacks surrounding Kate and Jacob dealing with the fallout of their family’s loss fifteen years ago are pretty good at least, showing a young Kate having to come to terms with the deaths in her family alongside the rest of Gotham, and eventually her own father, abandoning hope for Beth’s survival. Compelling forensic evidence suggesting that Beth has died appears to move everyone except Kate, and this seems to indicate where the rift between Kate and her father started to grow. This is good material, which is why it’s annoying that the episode is burying it under a truly stupid turn for Jacob’s character in the present, namely when he repeatedly denies the chance to study DNA evidence that will likely prove Alice’s identity. Why the hell wouldn’t he want that?! I get being in denial, but there’s denial, and then there’s needlessly crippling your private military unit, not to mention the GCPD, just because you’re being a short-fused coward who isn’t doing their due diligence, because maybe it will hurt your feelings!

This brings me to another growing issue with Batwoman, which is sadly another infuriating Supergirl trait that Batwoman is starting to take on– Its prioritization over emotional melodrama, over actual smart storytelling. Jacob’s reaction to Alice potentially being Beth simply doesn’t make sense. Moreover, Alice toying with Kate makes sense, especially when Kate makes it clear that she’s aware of Alice’s apparent true identity, but what doesn’t make sense is how Alice is trying to play with whether or not she’s truly Beth, while providing all sorts of evidence that she is indeed Beth! Putting aside the fact that avid DC fans should already know that Alice is Beth, assuming there’s no narrative curveball on the way (which there may be, since Arrow and The Flash especially have altered a few character identities from DC’s comic books, to good effect), the ambiguity over Alice’s identity would work a lot better if her attempts to obfuscate that identity weren’t so weak and obvious. Are we seriously meant to believe that Alice could decipher an impossibly vague, personal code word from Kate by reading some article on the internet? Come on!

Mary’s character also particularly suffers in this episode, resulting in another pointless conflict that sees Dodgson go to Mary’s clinic to terrorize her, seemingly in response to Kate using one of the Wonderland Gang’s injured members, whom Kate previously intimidated at the clinic, to get her meeting message to Alice. Again, this is a good idea on paper. It forces Mary to face accountability and responsibility after opening up a blatantly illegal underground medical clinic, while also presenting the same humble pie to Kate, who indirectly allowed this attack to happen by openly intimidating a Wonderland Gang thug at said clinic. Instead though, the conflict devolves into Mary throwing a tantrum wherein she accuses Kate of not being there for her, or never taking her seriously as a step-sister. I can understand Mary calling Kate out for being reckless, but when she makes this incident completely about her and her own sister issues, she comes off as a narcissist and a baby. That’s before considering that, frankly, Mary was already asking for an attack like this to happen anyway, since she’s obviously not vetting her patients! Thus, on top of being immature and self-absorbed, she’s also a moron!

At least the Hamilton family wasn’t a total write-off here though, since this episode at least better tied them in to the ongoing conflict between the Crows and the Wonderland Gang. Early in the episode, Kate tries to get to Sophie to analyze Alice’s knife, which has DNA evidence that could identify Alice. Again, Sophie refusing to do this doesn’t totally make sense, but I guess Sophie gets more of a pass, because she’s technically following orders from Jacob, even though Jacob’s mandate of actively refusing to identify Alice also doesn’t make sense. Regardless, an apparent group of Wonderland thugs attack Kate and Sophie, and steal the knife, though some nice suspicion is cast here, since the thugs are suddenly using tear gas and military hardware, suggesting that they’re not truly Alice’s thugs. Indeed, these attackers were merely posing as Wonderland Gang thugs too, and are actually employed by Catherine, who destroys the DNA evidence, in a deliberate effort to hide Alice’s identity! Yes, Catherine is somehow connected to the Wonderland Gang, and is actively trying to protect them. That’s a good twist, and should hopefully create an interesting new dramatic obstacle for the Kane family and Mary alike later on. 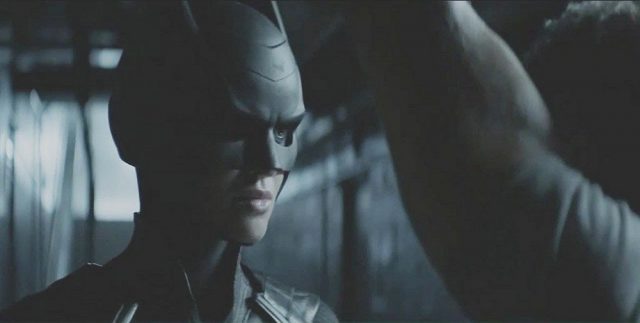 At this point though, “The Rabbit Hole” nonetheless fails to address the issues from Batwoman’s pilot episode, namely the fact that the show feels too boring and derivative in its early stages. There’s some good character material buried amid these trite and frustrating storylines, but it’s not coming to the surface amid so much predictable, insipid dialogue and plotting. I can still see so much untapped potential throughout Batwoman, which, like FOX’s recently-wrapped Gotham, is a Batman Family spin-off series that’s perfectly poised to get significantly better with time. It’s still frustrating to see Batwoman failing to address its problems even in the second episode though, especially when it’s still failing to find its place in the Arrowverse’s current catalogue of shows. Now that we have some better insight into Alice however, along with her gang’s surprising connection to Catherine, hopefully the show can keep developing its threats from here, and slowly create new battles for Kate that are a little more interesting.

Batwoman 1.2: "The Rabbit Hole" Review
Batwoman continues to struggle in its second episode, "The Rabbit Hole", despite a valiant attempt to keep fleshing out Alice and the Wonderland Gang.
THE GOOD STUFF
THE NOT-SO-GOOD STUFF
2019-10-23
68%Overall Score
Reader Rating: (0 Votes)
0%