Arrow brings Oliver, Diggle and Laurel to another new location, in the wake of Earth-2’s destruction during the season premiere, with the series making a return to none other than the Arrowverse’s Hong Kong! “Welcome to Hong Kong” revisits a few story elements from the flashbacks of Season Three, most notably presenting the long-awaited return of Katana herself, Tatsu Yamashiro, as well as a surprise return from the Alpha/Omega Virus, the key plot macguffin from those aforementioned flashbacks. This presents another exciting throwback to Arrow’s past, albeit one that can’t always make the most of its concept, due to some tedious spots, and a lingering aftertaste of annoyance that sometimes continues to hang over Oliver’s fetch quests.

The return of Tatsu presents another opportunity for a former lead Arrow actor to enjoy their own last hurrah for the series, similar to how the season premiere brought back Susanna Thompson, John Barrowman, Colin Donnell and Josh Segarra for its Earth-2 storyline, all of whom portray dead characters in the show’s main Earth-1 setting. Tatsu is still very much alive on Earth-1 though, where she bails Oliver and Diggle out from an ambush by some Triad gangsters, or so it initially appears, before joining Team Arrow’s heroes in a bid to locate a missing scientist, Dr. Robert Wong. Apparently, tracking down Dr.Wong is the latest demand for Oliver by The Monitor, who has apparently also interacted with Tatsu off-screen. This seems to serve as a slight hint that Tatsu could end up participating in the Crisis on Infinite Earths crossover, and why not? She is, after all, an established anti-hero from DC Comics lore, one who has even appeared in the big screen DC Extended Universe to boot, where she was portrayed in 2016’s Suicide Squad by Karen Fukuhara. 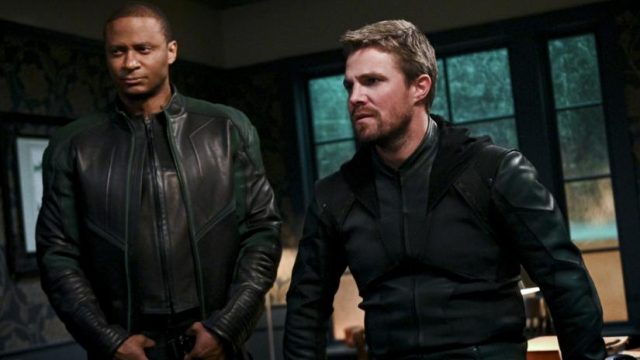 There’s a good amount of action in this episode, but once again, the Alpha/Omega Virus makes for a bit of a dull plot device, just like it did in Season Three. Obviously, it’s not going to be used, and it only exists to waste more of the heroes’ time in this case, since Crisis on Infinite Earths isn’t scheduled to begin until December. There’s at least another cool surprise in store for fans here though, when it’s revealed that the gangsters in Hong Kong are actually Triad rivals, and they’re being headed up by none other than China White! Again, this provides a cool last hurrah for Kelly Hu, who has been portraying one of the more frequent Arrow antagonists, especially during the show’s earlier years. The plotting with China White is nonetheless disappointingly predictable though, particularly when it appears as if she successfully kills Tatsu during a climactic sword duel, only for Laurel to intervene at the last second and save Tatsu’s life. Well, that was annoyingly anti-climactic.

That being said, that’s certainly not the fault of Laurel, who actually headlines the best storyline in this episode. After Oliver tries and fails to explain the mission of The Monitor to Laurel, Laurel walks off from Oliver and Diggle, and tries to make contact with an old ally, David Chin, whom she knew from her time working under Cayden James in Season Six. Lyla, whom Diggle summoned to Hong Kong and informed about the coming Crisis, provides backup for Laurel during this process, regardless of Laurel’s initial wishes, and after the two corner Chin and get him to fix the breaching device, they discover that, as Oliver claimed, Earth-2 is indeed gone.

Another plus to this episode, not just with Laurel, but also with Oliver in certain scenes, is the dramatic performances in the wake of Earth-2’s destruction, which are actually done really well here. Oliver’s own emotional confession as to why he so desperately needs to believe in The Monitor’s mission, despite Team Arrow, and everyone else in the Arrowverse, knowing so little about him, or whether they can even trust him, is one of the best scenes of the episode. It’s clear that Oliver’s intervention having a hand in Earth-2’s destruction weighs heavily on him, and having also left Felicity and his newborn daughter, Mia, all that’s left for an Oliver who is seemingly marked for death now, is the mission. It’s Katie Cassidy that especially crushes it in this episode though, as Laurel must face the despair and helplessness that results from her entire world now being dead and gone. The grief process is of course a little expedited, since Arrow’s final season is only running for a shortened ten episodes, but Lyla serving as an unlikely element of support for Laurel is great, as is Laurel eventually finding the resolve to carry on, despite seemingly having nothing left to fight for.

This just leaves the flash-forwards, which once again crop up in this episode, and now officially appear like they’re going to be an ongoing staple throughout this last season for Arrow. I suppose that’s fine, considering that The CW is grooming these future-era characters for their own successor series after Arrow is wrapped up for good in 2020, but this episode’s flash-forwards feel especially tedious and intrusive. They mostly exist to properly flesh out John Diggle Jr., the leader of the Deathstroke Gang, after Zoe points the new Team Arrow to a black market, where J.J. is supposedly moving a ton of stolen valuables. It turns out that this is a trap though, and that J.J. provided false intel in order to make William vulnerable, while also handily protecting himself from Mia’s wrath. As much as it’s interesting to see how Connor, now bluntly confirmed as the son of the seemingly dead Bronze Tiger in the Arrowverse’s new future (maybe Turner dies during Crisis?), seemingly serves as an unwitting catalyst to J.J.’s fall to the dark side, this material still doesn’t really excel as much as the present-day events. The flash-forwards are still getting in the way of the present-day storytelling too much, and still providing obnoxious, unnecessary assurances that Team Arrow will almost certainly continue on The CW, even after Arrow has ended. 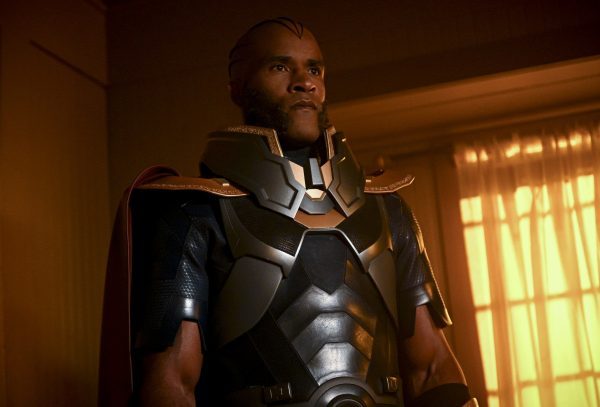 I must say that Arrow’s truncated final season at least provides a solid sense of fast pacing and excitement though, even if Oliver spending the show’s last run of episodes running errands for The Monitor isn’t always as interesting as it could be. Still, “Welcome to Hong Kong” provides another mostly effective throwback to the show’s past, bringing back one of its cooler villains, and one of its lamer plot devices. The reunion with Tatsu is also pretty good, annoying death fake-out aside, and the tease that she may join the crossover is even better. Arguably the best Crisis-related surprise in the episode however came in the final seconds, when it’s revealed that Lyla has actually been in league with The Monitor the whole time, delivering Dr. Wong to him, even after Oliver tries to hide the scientist while looking into The Monitor’s origins for himself. This would appear to be how Lyla ultimately embraces her true Harbinger identity from DC Comics lore, namely as more than her A.R.G.U.S. code name in the Arrowverse. I certainly hope that Lyla knows what she’s doing, but I suppose Diggle is also correct when he says that the entire Multiverse is at stake now, and it’s all hands on deck. Knowing the dark history of A.R.G.U.S. though, one also has to wonder if Lyla has made her own Faustian bargain with The Monitor behind her friends’ backs…