Xbox has just announced that the next episode of Inside Xbox, taking place in London during X019, will be happening this afternoon, at 3PM ET / 12PM PT.

The news, announced via trailer on Xbox Wire, will bring with it updates on 12 Xbox Game Studios titles, third-party games from Annapurna Interactive and Respawn Entertainment (among others), as well as “huge Xbox Game Pass news” and a Project xCloud Update.

Don’t get your hopes up for Project Scarlett news this week, though; Xbox Games Marketing Head Aaron Greenberg has already confirmed that we won’t be hearing about it at X019.

Speaking of it being all about the games, the titles we’re most excited for from the trailer are Microsoft Flight Simulator, Bleeding Edge, and Age of Empires II: Definitive Edition.

Gamers can tune into the live show on Mixer, Twitch, YouTube, Facebook and Twitter. Before then, have a look at the trailer above for all the hype. 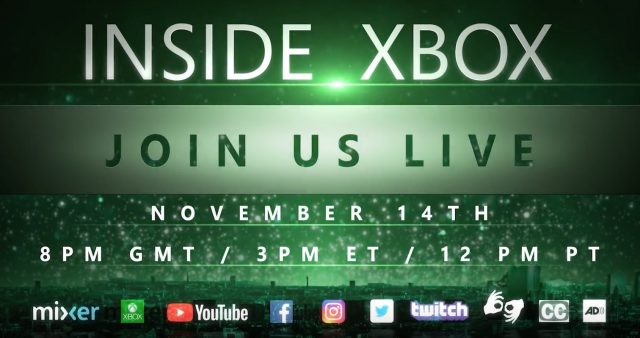