Batwoman is still taking slow, creeping steps towards improving its writing, but every time the show seems like it’s gaining a bit of a narrative foothold, it tends to slip in some important story department. “Tell Me the Truth” certainly sets out with another interesting idea at least, after an old acquaintance of Kate and Luke returns to Gotham City, just in time for a deadly assassin to begin terrorizing some employees of Hamilton Dynamics. At the same time, Kate struggles with the knowledge that Sophie has deduced her superhero identity, and must figure out how to address the situation, before Sophie inevitably tells Jacob, and the Crows shut down Kate’s Batwoman operation.

“Tell Me the Truth” still ultimately feels like one of Batwoman’s better episodes so far, exploring some legitimately interesting character dilemmas, and presenting some pretty cool twists here and there. Even now though, the show’s writing is struggling to really make the most of its ideas. In this case, the increased exploration of the romantic history between Kate and Sophie is dragged down by being excessively juvenile and overwrought, even when some legitimately great scenes do sometimes sneak in during this backstory. Likewise, a shared connection between Kate and Luke is a cool idea, and that connection comes in the form of Julia Pennyworth, Alfred Pennyworth’s apparent daughter in the Arrowverse, who is working for some mysterious organization, in an effort to chase the same shooter villain that Kate and Luke are trying to stop. 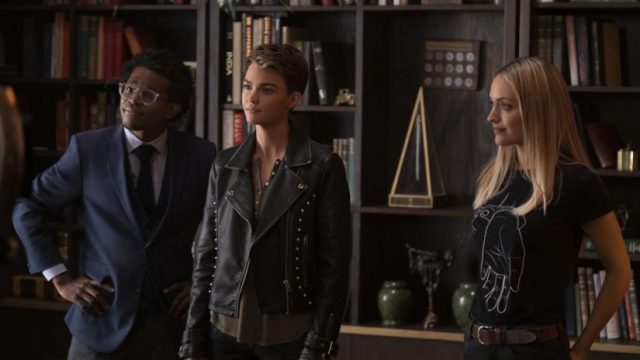 Disappointingly though, Batwoman is once again saddled with a dull villain-of-the-week in this episode, namely The Rifle, a low-rent Deadshot knock-off, who’s apparently been hired by Alice to take out the three surviving scientists that know how to build the Batsuit-crippling gun, which Mouse stole in the previous episode. This is timed with Kate not only chasing The Rifle alongside Julia, but also having to figure out how to acknowledge to Sophie that she’s Batwoman. Jacob is luckily out-of-state for the time being, buying Kate some time, but when she’s ready to tell Sophie the truth at a fancy Italian restaurant, the waiter gets snooty with her, and eventually kicks her out, when he doesn’t like the sight of Kate and Sophie holding hands. Oh come on, seriously?! Yes, I know that this kind of shit still happens sometimes, and Gotham City is allegedly a hotbed of racism and homophobia in the Arrowverse, despite it being 2019, and smartphones and social media making racist and homophobic rhetoric very dangerous to practice in public. Even so however, this is an incredibly contrived turn, one that only occurs so that Kate doesn’t confess her Batwoman identity to Sophie in the end, since she’s too busy throwing a tantrum over someone not liking her attitude.

This, again, is one of the two main issues with Batwoman in its current state; The characters acting like simple-minded, emotionally unstable adolescents, first of all, despite being grown-ass adults that are likely around their early 30’s at this point (which, in fairness, is a problem that’s common to the Arrowverse as a whole sometimes), on top of the second issue; The show’s story developments are too often derivative, and blatantly lifted from other Arrowverse shows. “Tell Me the Truth” commits both of these narrative sins yet again, primarily with Kate’s and Sophie’s relationship drama feeling way too infantile and forced, since every character keeps unrealistically treating it like the end of the world when it’s brought up. This is further exacerbated by Mary, who also throws a giant, cringe-worthy tantrum throughout this episode, because her mother and Jacob are getting a divorce. Oh, boo hoo, get over it you spoiled brat! Once again, Mary is a grown-ass woman, in her 20’s, and she’s too often written not even as a teenager, but as if she’s a pre-teen! It’s almost redundant to say at this point, but, yet again, Mary is the worst, despite the fact that the previous episode found a way to make her useful. Batwoman needs to dial its ‘family’ melodrama way back with Mary, Kate and Sophie alike, because the show isn’t doing its supposedly empowered female characters any favours when it’s constantly writing them as immature head cases! 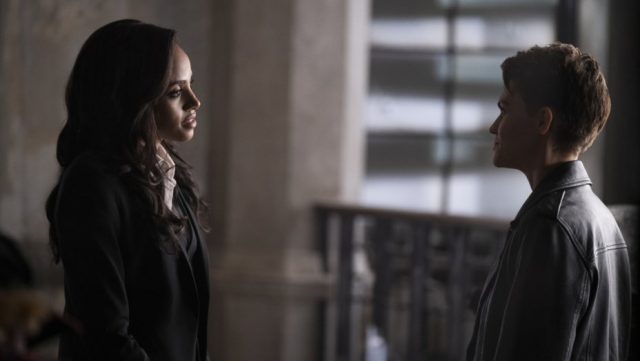 That being said though, there are times in this episode where Batwoman still gets this kind of drama right, albeit not so much with Mary (because Mary is the worst). One of the best scenes in this episode actually details more of why Sophie decided not to fess up to her homosexual affair with Kate at Point Rock, namely because Jacob pointed out everything that she would be losing if she stuck with her relationship. That’s a key detail that formerly wasn’t revealed, and it’s one that provides interesting and challenging new dimensions to Kate’s relationship with both Sophie and Jacob. Likewise, Julia coming into town, having formerly been a lover and secret babysitter of Kate’s after she got expelled from Point Rock, is also interesting, especially when she’s also acquainted with Luke, and has that cool connection to Batman’s closest confidante, Alfred Pennyworth. Mind you, Julia briefly coming back to Gotham City is also quite fortunate for Kate, since Kate ultimately dresses Julia up as Batwoman, in an effort to fool Sophie about her identity.

This, however, is symptomatic of Batwoman’s other biggest current issue; It’s derivative, especially when it comes to outright stealing story turns from Arrow and Supergirl in particular. While the chase to reclaim Julia from the Crows, after she’s shot by that anti-Batsuit gun, is cool (and fortunately, Julia isn’t killed, because Alice tampered with the gun, in order to protect Kate), the whole way that Kate hoodwinks Sophie is ripped directly from an identical sequence that took place early in Arrow’s run, when Oliver dressed up Diggle to fool Quentin Lance, only for Lance to eventually learn that Oliver was the Green Arrow the whole time anyway. I imagine that this is how Batwoman will eventually turn out as well, if the show runs long enough to build up to Sophie learning the truth about Kate being Batwoman. That said though, the idea of the villain getting away, and Julia chasing him somewhere else, is a nicely unexpected way to deal with this episode’s villain-of-the-week, especially when it could set up Julia to easily return down the line. I also particularly liked how Mouse disguised himself as Jacob, in order to field questions and concerns from both Sophie and Catherine. That was a handy way for an intelligence-gathering mission to pay some unexpected narrative dividends for the audience. 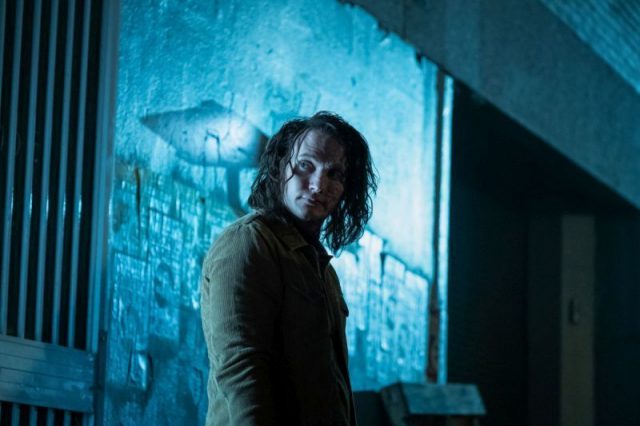 Yet again though, Kate ending the episode by using some of her vast wealth to build a gay bar, in an effort to spite the restaurant owner that kicked her out (ironically defeating her own virtue signaling by displaying spitefulness, infantilism and white privilege), is ripped straight from Arrow, namely when Oliver built his old Verdant nightclub, to provide an alibi for his ‘Hood’ activities early in that show’s run. Even when Batwoman gets a bit better, it still lets too many of its bad story ideas, along with its adolescent portrayal of the show’s titular heroine, get in the way of those better developments. “Tell Me the Truth” is perhaps the best example yet of how divided against itself Batwoman can often be, even when it’s trying to improve. I can still see a legitimately good superhero show screaming to get out from under Batwoman’s outer layer of smug ‘woke’ writing, but the show really needs to refocus its character drama, and stop trying so hard to portray Kate as an emotional victim all the time. Now that Batwoman is taking next week off however, leaving it down to its midseason finale, and its subsequent Crisis on Infinite Earths crossover episode, for the rest of this year, I’m worried that we’ll be waiting into 2020 for the show to maintain its own consistent sense of appeal and self-worth, assuming it ever manages to find it at all.

Batwoman 1.7: "Tell Me the Truth" Review
Batwoman sees some more small improvements in, "Tell Me the Truth", but Kate herself suffers from one of her worst plots yet, despite some solid new challenges for her superhero alter-ego.
THE GOOD STUFF
THE NOT-SO-GOOD STUFF
2019-11-25
73%Overall Score
Reader Rating: (0 Votes)
0%