Silicon Valley is sticking to its usual story formula for the show’s overall climax, which involves Pied Piper once again being backed into a corner, and forced to undertake a desperate gamble in order to stay afloat. That gamble comes in the form of the titular event for the show’s penultimate episode, “RussFest”, wherein Pied Piper agrees to make Russ Hanneman’s ego-stroking convention the basis through which they’ll launch their decentralized internet. Inevitably though, things don’t go according to plan, particularly after AT&T unexpectedly pulls out of the planned deal with Pied Piper, in order to take a safer deal with YaoNet.

This upset is fairly predictable, especially since Laurie, Maximo and YaoNet in general have not really been much of an outward presence on the show this season. This became all the more noticeable when Laurie poached Gwart at the women-in-tech convention that Monica attempted to speak at, transparently setting up Gwart as a new nemesis for Pied Piper. Finally however, these story developments with YaoNet could have a real payoff, as RussFest eventually gets set up, and Richard plans to snake the deal from YaoNet, by proving that Pied Piper has better tech. 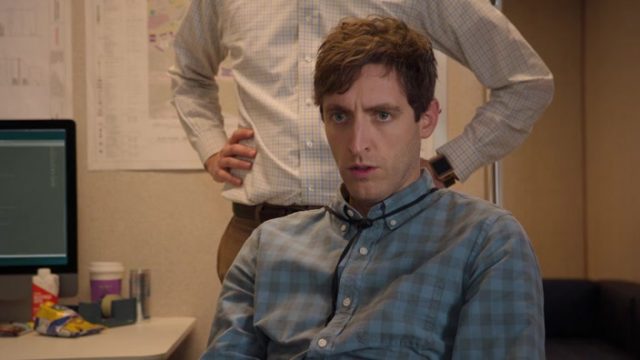 Since Silicon Valley has a further-shortened seven-episode final season though, it really has to hurry in order to wrap up several planned story turns, and that sometimes led to this penultimate episode feeling a little undercooked in some areas. All of the events at the titular RussFest are great, especially when Russ himself is hilarious, as usual, obliviously hassling Pied Piper about things like his clothing, when Richard and co. are having to prevent another company-ruining crisis. This crisis inevitably comes in the form of an unwelcome intrusion by YaoNet, who appear to be intentionally throttling Pied Piper’s prototype network under a shell company, in order to make Pied Piper’s tech look inferior, and preserve the recently-announced deal between YaoNet and AT&T.

Adding insult to injury with that YaoNet/AT&T deal announcement is the fact that Pied Piper eventually loses all of the employees that came along to the event, after Richard feigns ignorance about AT&T ditching Pied Piper, once again leaving Pied Piper’s future purely in the hands of Richard, Dinesh, Gilfoyle and Jared. Perhaps that’s fitting, allowing these lead characters to once again put their heads together and save their idea, which is humourously made easier after a failed plea to Gwart by Jared, only for Gwart to defect anyway, after Laurie obliviously steals Gwart’s artichoke. Even then though, YaoNet actually only attended the event to spy on Pied Piper, not throttle them, and the reason that Pied Piper’s network is being throttled is because its technology simply doesn’t work, something that Laurie has already learned the hard way through YaoNet. Laurie will recoup her investments and thensome, but YaoNet is doomed to implode, and it seems that Pied Piper is doomed with them. 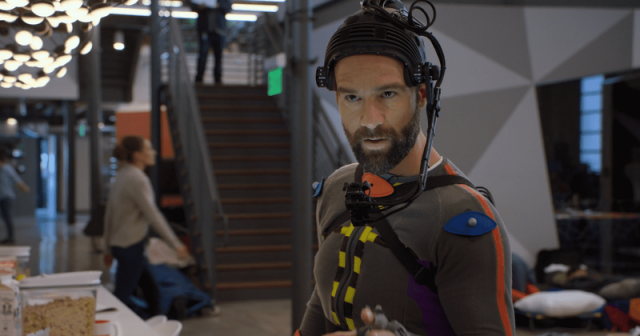 Monica, while technically part of the core series ensemble, is relegated to a subplot at the old incubator, meanwhile, after she discovers that Jian-Yang is posing as the still-missing Erlich Bachman, in order to set up a fake girls’ coding camp for cheap ad farm labour. This is a really amusing idea, but its execution feels disappointingly weak. Monica simply shuts Jian-Yang’s ad farm down immediately, and even when Jian-Yang spitefully eats a backdoor key that’s mandated by the Chinese government, which is how Pied Piper revokes YaoNet’s access to their network, Big Head simply sings the key amid his ‘Simon’ game immediately afterward. These undercooked story solutions had this entire subplot feeling like a disappointing waste of time, even if it did allow Monica to contribute to the salvaging of Pied Piper’s technology in her own way.

Now once again free of obstacles, but still stuck with ineffective technology, Richard is thus forced to face the fact that he spent six years developing an idea that simply doesn’t work… But even this feels disappointingly anti-climactic. Eventually, Richard just comes out of the bathroom, having piggybacked off of a Son of Anton A.I. tweak that was originally done by Dinesh, in order to drastically increase the Pied Piper network’s middle-out potential. This Hail Mary effort initially appears to plunge RussFest into darkness and chaos, but soon, it not only restores power to the festival, but also increases the size of the Russ hologram to colossal proportions, to the point where it’s visible to Michael, the AT&T executive, while he’s on his plane to Las Vegas! This was a genuinely fantastic way to end the second-to-last episode for Silicon Valley, even if the latest unlikely solution by Richard felt especially contrived this time, especially when Laurie’s declaration that decentralized internet doesn’t work immediately ended up being false tension. 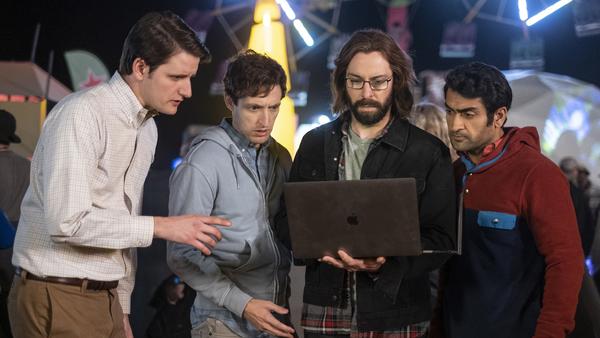 The jokes throughout this episode remain outstanding overall though, and there is something strangely gratifying about Pied Piper once again trimming the fat at RussFest, and focusing in on the group of men that have always served as the beating heart of the company, right from the very beginning of the series. As much as some story pacing felt a little off here, no doubt because of Silicon Valley’s shortened final season order, “RussFest” ended up being a very satisfying way to yet again execute the same familiar story hook, with Pied Piper facing death, and Richard and co. salvaging it at the last second, with one crazy idea. This latest crazy idea is so good in fact that it pretty much immediately defeats YaoNet in one swift master stroke, even if the threat of Gavin Belson still hangs in the background, particularly after his investigation was called on Pied Piper. It would be a huge let-down if the upcoming series finale didn’t call back to this, but at least with the threat of YaoNet now obliterated, Silicon Valley can deliver a final episode that will likely come back down to Richard’s initial decision to turn down Gavin’s money during the show’s very first episode, hopefully finding a satisfying way to bring the long, strange journey of Pied Piper to a fitting conclusion next week.