Doctor Who may have faceplanted with Series Twelve’s poor third episode, “Orphan 55” during the previous week, but fortunately, the show skyrocketed back to top form with this week’s offering. “Nikola Tesla’s Night of Terror” delivers the first history-themed episode of New Who’s Twelfth series, with the Doctor and her companions traveling to 1903, whereupon they encounter underrated inventor and scientific genius, Nikola Tesla, who has just gotten his hands on a mysterious alien object. Naturally, trouble ensues with a new alien threat as a result, alongside Thomas Edison, Tesla’s business-minded and better-known scientific rival.

Series Twelve of Doctor Who is starting to come up to its halfway point, and it’s notable how uneven this season has been so far. I suppose that this makes the show extra interesting to come back to each week, but if you decided to skip over, “Orphan 55” from last week (and I don’t blame you, because it’s pretty bad, and has no bearing on the overall season arc), you’ll thankfully have a much better reason to tune in this week. Not only is it high time that the Doctor and her companions did some good old-fashioned time traveling again, but it’s all the more satisfying when they encounter such a great guest star in Tesla, who is played incredibly well by Timeless alum, Goran Visnjic. 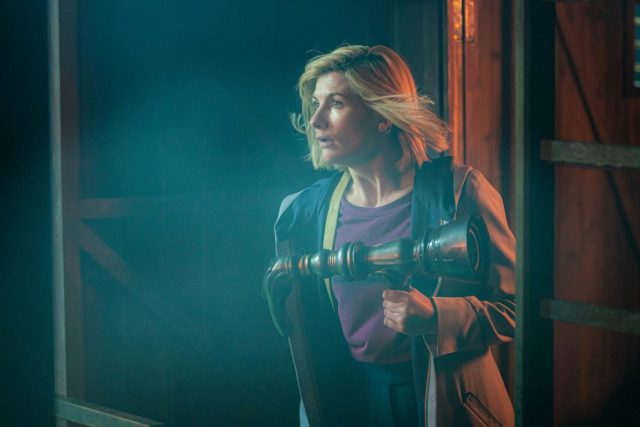 The encounter with Tesla begins with a strong mystery right out of the gate too, after the Doctor picks up a mysterious energy reading, and follows it to Tesla, who, as it turns out, is hoarding a mysterious alien artifact called an, “Orb of Thassa.” These alien orbs are designed to move across the galaxy and spread information about their culture, but this orb appears to have been re-purposed, with the orb outputting a mysterious signal, resulting in Tesla inadvertently signaling some nasty aliens to come snatch him from Earth. Naturally, this claim that he’s intercepted an alien signal makes Tesla the laughingstock of the town to boot, particularly when Tesla’s rival, Edison is so busy profiting off of the inventions of his own workers, going out of his way to wreck the reputation of Tesla in the process.

If there’s one small gripe with this episode, it’s the fact that the Edison/Tesla rivalry feels a little bit toothless in its execution. These two were very bitter rivals in actual history, which is kind of touched upon here, but in most of the storytelling, the two inventors barely interact, and only get paired up to exchange a couple of barbed quips. Hell, Edison seems outright sad that Tesla won’t work for him, as if they’re actually friends deep down. It’s a bit sweet, but it feels underwhelming in terms of what could potentially be done with the ideas of innovation-versus-profit. Edison does end up victimized by the shapeshifting alien threats of the episode at least, who mostly appear as investors and people in Edison’s employ, but this doesn’t amount to much either, with Edison essentially existing as an allegory-made-flesh, rather than a truly useful character. 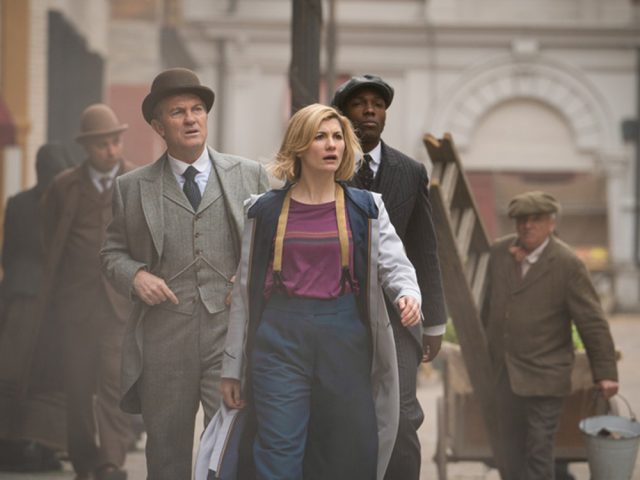 That being said, the monsters-of-the-week in this episode are pretty awesome, actually realizing their potential in this storyline, unlike the botched Dreg portrayals from last week’s episode. It turns out that the current trouble in Tesla’s era (pun not intended) is being caused by a scorpion-like alien race called the Skithra, who are capable of teleporting, shapeshifting and firing lasers from their sharp tails. The effects behind these aliens are pretty solid too, particularly for their leader, the Skithra Queen, who is realized with a strong combination of CGI and practical effects. The Skithra designs and related sets are cool on their own, but it’s especially inspired to have them prop up their entire faction on stolen technology and stolen ideas, nicely reflecting the semi-realized character of Edison in this case. The conflict with the Skithra makes for an exciting and heartwarming attack on ill-profiting creative bankruptcy, while also allowing the Doctor and her companions to find creative solutions to saving the Earth, alongside guest star, Tesla, like Doctor Who often provides at its best.

The climax of this episode is especially exciting too, with the companions having to bait the Skithra, while the Doctor and Tesla prepare an energy ray from Tesla’s prototype wi-fi project, Wardenclyffe Tower, which can be used to zap the Skithra Queen, and force the Skithra ship to flee the planet. The mostly defenseless companions and Edison manage to get the people of New York to safety (which is the one point that Edison contributes something truly useful to the plot), and from there, they buy enough time for the Doctor to whip up a convenient device that can teleport the Skithra Queen back to her ship, which sends the Skithra packing after a quick jolt. All of this excitement is nonetheless balanced out by sobering reality though, with the Doctor reminding Yas that, despite Tesla being credited with helping to save Earth from the Skithra, he still dies penniless, with all of his ideas seemingly being realized by other people. It’s bittersweet, but the writing still nicely pays tribute to Tesla’s immense scientific vision, including being sure to mention that Tesla did at least get a nice, well-known shout-out on present-day Earth, thanks to the Tesla automotive company that was co-founded by modern scientific genius, Elon Musk. 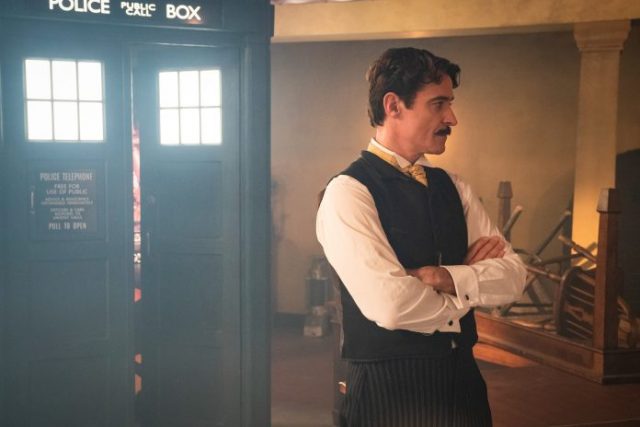 “Nikola Tesla’s Night of Terror” did away with the eye-rolling preachiness and sloppy writing behind last week’s episode, and instead delivered an excellent highlight episode for Series Twelve of Doctor Who, one that nicely stands alongside the similarly superb, “Spyfall, Part 1.” The Doctor’s rapport with Tesla, her brilliance in a pinch, and the inspired alien threat of the Skithra, all combined to make for a Doctor Who episode that’s clever, well-written and consistently engaging. Better still is that the show managed to get this episode’s commentary and themes across without needing to beat the audience over the head with them this time, weaving in its admiration of Tesla and his genuine scientific genius throughout lots of sharp dialogue and careful plotting. This right here is how a great Doctor Who episode is written! It has something to say, but it says it through good storytelling, not clunky preaching. I hope that Series Twelve can keep up this restored momentum next week, since Doctor Who appears to have found a strong groove again, and it’d be a shame to waste it on another half-baked adventure that spends most of its time talking down to an audience that really deserves better.