Legends of Tomorrow dialed its silliness back a bit this week, now that Season Five has properly kicked off, and there’s no more documentary crew chasing the Legends. Charlie is still MIA for now, but the team nonetheless kept busy with another new mission, after a time quake directs them to Los Angeles, 1947, where another Encore has returned to menace history. “Miss Me, Kiss Me, Love Me” primarily existed to further the new character conflicts among the Legends and Constantine, though it also contained some noteworthy side plots, one most notably involving Nate and Behrad, as they finally find the means to bring a familiar face back to the series.

Yes, we can finally see Zari again, after her time with the Legends was erased during the events of Legends of Tomorrow’s fourth season finale! As you can imagine however, now that A.R.G.U.S. never occupied her home city in the future, Zari has become a very different person in the Arrowverse’s newest timeline. Not only does Zari never become the jaded tech expert that she formerly was with the Legends in fact, but her recognition as the, “Dragon Girl” from Heyworld has also made her a massive internet star, complete with 51 million social media followers! Zari’s success is undisputed, but it does create tension between her and the rest of her family, since Zari has become so absorbed by her own fame that she’s stopped thinking about anything else. 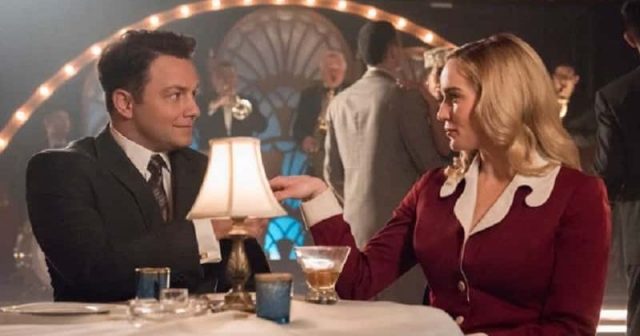 This is kind of an interesting idea, especially when Nate’s confusion about Zari’s new timeline has the unintended consequence of making him look like a socially awkward creep. The thing is though, this subplot feels disappointingly undercooked, as does the other key subplot of the episode, which involves Mick and Ava. The Mick/Ava subplot presents another interesting idea in concept, namely that Ava no longer knows what to do with herself, since she’s no longer responsible for the many agents and directives of the Time Bureau. Mick nonetheless tries to get Ava to relax and enjoy herself, but this only results in Ava getting drunk and humiliating herself on stage, which thankfully doubles as a convenient diversion for Sara during the Legends’ main mission. This is a funny payoff, but it doesn’t feel like it provides anything meaningful to Ava’s character, nor Mick’s, so this subplot doesn’t seem like all it could have been.

Once again, it’s Constantine that serves as the easy highlight in this episode, especially since Constantine plays such a big part in this week’s core storyline. Right from the beginning, Constantine does a good job of upping the stakes with the Encores even further, since not only can the Encores not be easily killed, but even if they are killed, Astra still has their chits, so she can quickly and easily just send them back to Earth, immediately undoing all of the Legends’ work, every time. This has Constantine considering just finding a way to permanently destroy Astra, which would give the Legends a fighting chance against the Encores, though this would also come at the cost of Constantine giving up on his mission to save the girl he accidentally damned so many years ago. It’s a really solid conflict, and it presents another great way to make the Encores legitimately troublesome and dangerous obstacles for history. 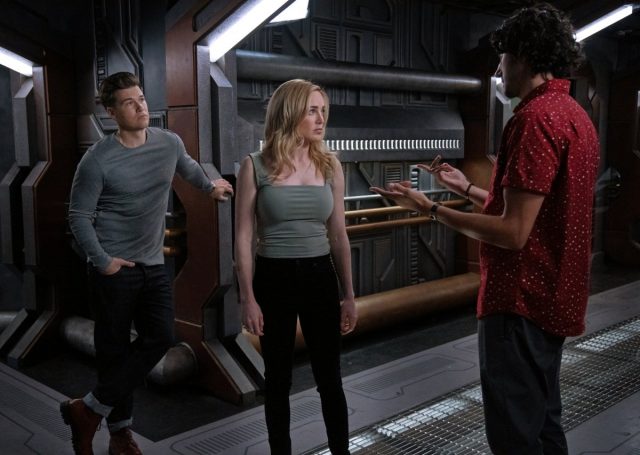 This week’s Encore is a pretty interesting one too, that being Bugsy Siegel, a 1940’s-era mob boss who has returned from the dead, and now owns all of 1947’s Los Angeles, thanks to an intricate blackmail ring he’s set up. Bugsy’s moll, Jeannie tries to hire a detective to do something about the situation, but the detective ends up turned to ash by hellfire, confirming to the Legends that Bugsy is wielding a weapon that’s not of this world. This turns out to be an enchanted revolver that can not just kill the targets of its homing bullets, but also completely take them out of existence, something that could be used to destroy even Astra, which Constantine quickly notices. This has Constantine working with Ray and Sara to try and get the gun, with Sara disguising herself as a gossip columnist, while Ray disguises himself as a police sergeant, and tries to blend into the LAPD for information on Bugsy.

The fact that this mission was done pretty much completely without powers is an interesting angle, with the Legends using nothing but good, old-fashioned detective work to get ahead of Bugsy. At times though, this also makes this week’s main Legends of Tomorrow storyline feel more dry and less rewarding, especially when Ray’s internal debate over whether there are any true ‘good guys’ left in the world also feels like it’s not fully fleshed-out enough to land. Sara at least manages to have some fun moments throughout this episode, but again, this episode is completely stolen by Constantine much of the time, who, despite his own efforts in a detective disguise, ultimately fails to prevent Bugsy’s girlfriend from being killed by a car bomb. Constantine does use the captured Bugsy to return to Hell though, almost using one of the Hellfire bullets on Astra, only to use the bullet on Bugsy instead, and declare that he still refuses to give up on Astra. This is a huge decision, one that keeps Constantine on the right side of morality, though at the cost of making things a lot more difficult for the Legends. Constantine even lies about Astra having the drop on him in Hell to boot, though Ray sees through it immediately, nonetheless thanking Constantine for still being one of the good guys.

“Miss Me, Kiss Me, Love Me” tries to provide a bit more of a human angle to the Legends’ latest mission, though outside of the core conflict with Constantine, it often works to mixed success. The ultimate payoff of Constantine refusing to kill Astra is great though, even if this makes him indirectly responsible for most of the trouble that the Legends will be facing this season. Nate and Behrad finally directing Zari to the Waverider in exasperation is something that should also pay some promising story dividends next week, but for now, it’s simply a promising payoff to another undercooked subplot. The fifth season of Legends of Tomorrow still feels like it’s trying to nail down a tone at this point, considering that we’re back to dealing with recognizable historical figures, and not mythological creatures, but at least the buildup of Astra Logue as a big bad is working well, as is Constantine once again trying to follow through on a promise that he too often has trouble keeping, even at the expense of the Legends’ crew.

Legends of Tomorrow 5.2: "Miss Me, Kiss Me, Love Me" Review
Legends of Tomorrow attempts a detective-themed storyline to mixed effect this week, though Constantine's efforts to redeem Astra remain a highlight.
THE GOOD STUFF
THE NOT-SO-GOOD STUFF
2020-02-07
75%Overall Score
Reader Rating: (0 Votes)
0%