Better Call Saul largely stayed on the same gear for this week’s episode, which is to say, it’s methodical and intriguing, at least most of the time. “The Guy for This” presents a complementary duo of storylines between Jimmy and Kim, which anchor the episode exceptionally, as both characters find themselves struggling with the limits of the law. At the same time, Mike continues his downward spiral in the wake of having to kill Werner, but once again, nothing really comes of this.

It sucks to see Mike firmly falling back into old issues on Better Call Saul, but there’s really no better way to describe it. Mike only makes a brief appearance in this episode, drinking his sorrows away in a bar, and demanding that the barkeep take down a postcard depicting the Sydney Opera House. Then, on the way home, Mike gets hassled by some thugs, one of whom he beats up, before scaring the rest off. That’s Mike’s whole storyline this week. Once again, the show is wasting too much time telling us what we already know, rather than seriously advancing Mike’s character. In fact, Mike somehow did even less this week than he did during last week’s two prior episodes, and that’s annoying.

Breaking Bad fans are nonetheless in for a big treat this week though, and that comes via the re-introduction of Dean Norris’ Hank Schrader! Hank’s return has been teased throughout the marketing for Better Call Saul’s latest season, and finally, this legacy Breaking Bad lead makes his big debut on Better Call Saul. The way that Hank ends up in Jimmy’s orbit is pretty interesting as well, building off of Jimmy being forced into Nacho’s car at the end of last week’s second episode, which predictably takes him straight to Lalo. Sure enough, Lalo wants Jimmy to provide legal counsel to the recently-incarcerated Krazy-8, but it’s not quite so simple.

Despite outwardly being hired as Krazy-8’s new lawyer, Jimmy is actually being used as an ‘information mule’, of sorts, for Lalo. Because of lawyer-client confidentiality, Jimmy can ferry secret messages to Krazy-8, and after a generous payout from Lalo, Jimmy is coerced into doing exactly that. This is how Jimmy ends up encountering Hank, who, alongside his faithful partner, Steve, is sent in to interrogate Krazy-8, due to Krazy-8’s drug arrest. Jimmy thus has to use his skills to convince Hank and Steve that he’s trying to keep them at bay, when in reality, Jimmy was instructed by Lalo to set up a ploy, one that baits Hank and Steve into going after several of Fring’s dead drops. It’s a brilliant plan, and one that predictably works like a charm on Hank in particular. Lest we forget, Hank is the same chucklehead who eventually can’t figure out that his own brother-in-law is the biggest drug kingpin in New Mexico! 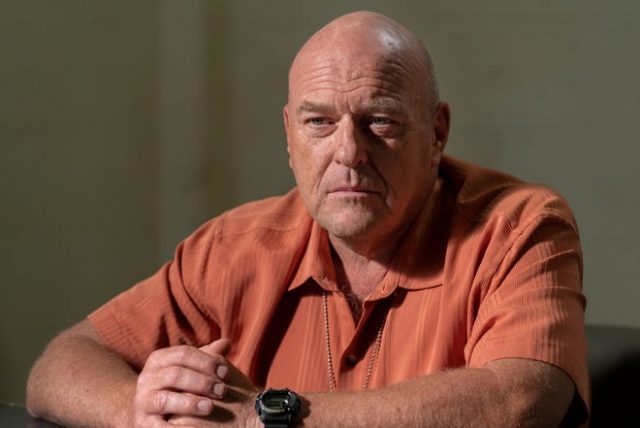 The ploy doesn’t go unnoticed by Fring either, who orders that his dead drops remain untouched, to avoid outing Nacho as his double agent. Most importantly however, this is officially the beginning of Jimmy being roped into the Salamanca cartel’s dirty dealings, against his will. This struggle with Jimmy cleverly mirrors Kim’s latest conflict too, which begins after Kim is pulled from her all-day pile of pro bono case work, in order to solve a legal problem for Mesa Verde. It turns out that a stubborn homeowner is refusing to vacate the land that Mesa Verde wants to build their call center on, and Kim is the only person that Mesa Verde management wants handling the job. This results in Kim’s cases being temporarily handed off, and Kim having to face the homeowner, whom she eventually loses her cool with, due to clearly still harbouring frustration towards Jimmy’s Saul Goodman methods.

In the end though, Kim stops on the way home, and decides to go back to the homeowner late at night. Kim even does a ton of research, offers to pay for the move out of her own pocket, and doubles down on trying to meet this stubborn guy halfway. When the homeowner still doesn’t budge, Kim then follows this up by trying to pull a Jimmy, and win the homeowner over with a sob story, which the homeowner naturally doesn’t buy, instead simply going back inside. Despite Kim’s best efforts to use the law to help people, even through Jimmy’s shady methods, she just ended up getting nowhere, on top of having to temporarily abandon her own clients. It’s very effectively tragic, and complements the new struggle of Jimmy perfectly, culminating in an inspired final scene of the two lawyers silently sharing cigarettes and beer, before chucking beer bottles off of their balcony.

Despite Hank’s and Steve’s exciting debut on Better Call Saul this week, further strengthening the show’s increasing bridging with Breaking Bad this season, it was Jimmy’s and Kim’s storylines that best upheld this episode, especially with Mike continuing to waste time aimlessly floundering around. “The Guy for This” officially sets Jimmy on his path of becoming the legal ally of the Salamanca cartel, whether he wants to be or not, which also sets up an inspired strike against Fring by Lalo. As Nacho tells Jimmy, once he’s in, he’s in, and it’s pretty much inevitable that Jimmy’s help will be called on by Lalo again before this season is over. With the DEA now officially in the mix to boot, a loose, but important link to Walter White’s family has now been established on Better Call Saul, even if it’s still disappointingly unlikely that Heisenberg himself is ever going to make a true appearance on this spin-off.

Better Call Saul 5.3: "The Guy for This" Review
Better Call Saul delivers an inspired duo of complementary storylines between Jimmy and Kim this week, as both find themselves struggling with the limits of the law.
THE GOOD STUFF
THE NOT-SO-GOOD STUFF
2020-03-03
88%Overall Score
Reader Rating: (0 Votes)
0%