Now that the season arc of Batwoman finally appears to be coming together in a healthier, more consistent fashion, the show seems to be on the upswing, as it continues to move through the back portion of its debut season’s episodes. This week’s episode, “Off with Her Head” represents another standout boost in momentum as well, as we get seemingly the final pieces of information regarding Beth’s formative years in the Cartwright house, complete with the introduction of another important player. Meanwhile, Luke and Mary team up to investigate a lead on the killer of Earth-99’s Beth, and are shocked at what they find.

Most of this episode is devoted to completing the mystery behind August Cartwright, and how he ultimately transformed the young Beth Kane into Alice. We’ve seen how Beth ends up adopting the name of, “Alice” at this point, but ultimately, we have yet to see her true turn into a psychotic criminal and killer. “Off with Her Head” finally filled in that blank in Alice’s backstory, as we learn that August Cartwright wasn’t the only abuser of Beth and Mouse. As it turns out, Cartwright’s even more sadistic mother, Mabel eventually came to live at the Cartwright house, and this left Beth/Alice in charge of looking after the demanding and vicious Mabel, even well into her teen and young adult years. 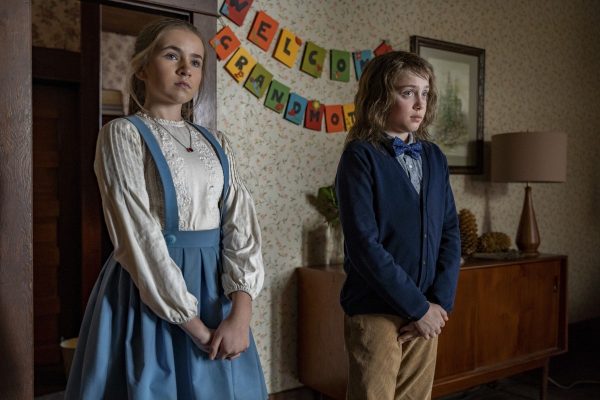 This information is all relayed to Kate and Jacob after Kate, as Batwoman, locates an unconscious Cartwright on the roof of a building, seemingly left there by Alice. After Kate and Jacob then manage to get Cartwright to come to at Kate’s bar, they’re left to inquire about a note in Cartwright’s mouth, one that says, “Ask About Mommy Dearest.” This, at first, seems like it’s all about Mabel, and indeed, Mabel somehow ends up being even more monstrous than August to boot! While it does feel a little late in the game to bring up such an important character in Alice’s backstory, the new personality of Mabel does manage to fill in how Alice snapped and became so violent, which Cartwright, by himself, didn’t seem quite villainous enough to effectively pull off on his own.

Not only do Kate and Jacob have to struggle to get information on Alice out of Cartwright though, but they also eventually learn about where Cartwright left his son, which was apparently done in the service of unleashing his greatest fear. That fear is apparently… Alice? I guess that somewhat tracks, since Mouse has been party to so many of Alice’s worst displays of mayhem and violence, not to mention that Alice is clearly Mouse’s only real weakness as a dangerous psychopath in his own right. Regardless, after Alice helps free Mouse from his psychological prison of Fear Gas, Alice ends up hooked to the Fear Gas tank instead, hallucinating her own account of a seemingly charred, decayed corpse of Mabel, while also seeing Jacob and Kate apparently abandon her to her worst impulses. 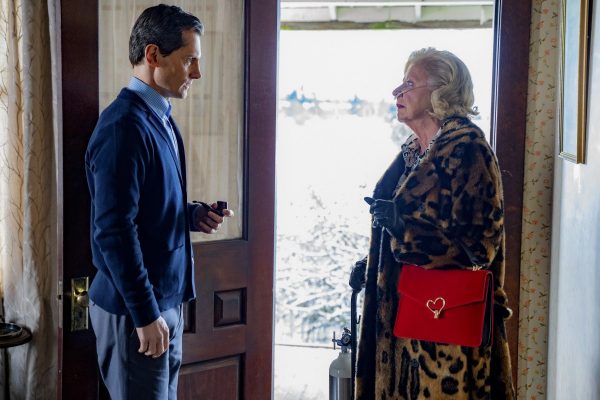 Disappointingly, on a related note, Mouse is apparently not the Jonathan Crane of the Arrowverse, since Cartwright confirms that the so-called ‘Scarecrow’ was a former colleague of his many years ago. Regardless, after Jacob rushes to save Alice, following a tip coerced from Cartwright, Kate has to try and squeeze Cartwright for more intel. This merely leads to Kate carelessly leaving a glass by Cartwright however, which he eventually uses a piece of to attempt suicide! Kate does manage to get Cartwright stitched up again though, with Mary’s help. Speaking of Mary, she once again got a solid chance to be useful this week, not just through helping to save Cartwright, but also in helping Luke realize the truth about the Earth-99 Beth’s killer. Sure, it’s ultimately the supporting characters playing catch-up with the audience, but Luke’s and Mary’s rapport actually ended up being pretty good this week, with the two undertaking and eventually succeeding at their own investigation, even if the answer mostly tells us information that we already knew.

The truly great payoff to this episode however came right at the end. This helped to alleviate Kate’s contrived carelessness when it came to leaving a glass right next to Cartwright, like a dope, but fortunately, that was Kate’s only moment of truly frustrating idiocy in this episode. As it turns out, this forced, but crucial suicide attempt by Cartwright is also necessary to lead into an important twist in the plot during the climax. After Cartwright confesses that he salvaged the severed head of Kate’s and Alice’s mother, in order to fashion a face mask out of it for Mabel, an enraged Kate starts choking Cartwright, ultimately failing to stop before she inadvertently kills him. This was a fantastic way to snuff out a pivotal character that we could nonetheless assume would not be the big bad of Batwoman’s debut season. It forces Kate to confront the darkest, most vulnerable part of her psychology as a superhero, having her fall short of Batman’s code in her own dramatic and powerful way. Making matters worse as well is the fact that, like Alice says, bodies don’t bury themselves either. 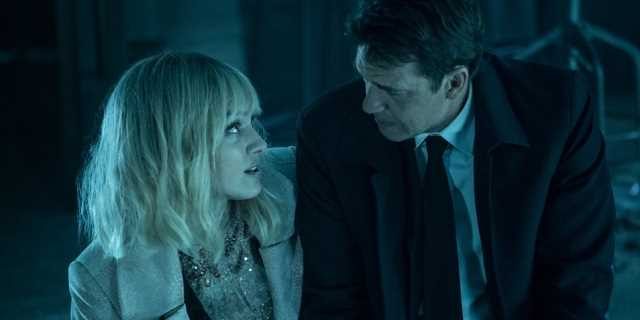 Even if Kate’s storyline had to rely a bit too much on a giant lapse in judgment on her part (a couple, actually), the fact remains that Batwoman is continuing to tighten its drama and appeal in this week’s episode. Seeing Alice finally light up Mabel with her own oxygen tank during the flashbacks’ climax, cementing Alice’s downfall into murder and chaos, was just as weirdly gratifying as it was terrifying. This first villainous turn for Alice beautifully complemented Kate’s deadly fit of rage in the present day as well, upon Kate learning a grisly truth about her and Alice’s late mother. Kate’s own moment of temporary insanity ultimately led to her falling short of Batman’s legacy in a huge way, ironically after already managing to save Cartwright’s life during this same episode. Mouse is still out there to boot, probably still feeling pretty unstable after a prolonged face full of Scarecrow’s Fear Gas. Even with August Cartwright now dead, and Earth-99’s Beth now being avenged (albeit accidentally), Gotham’s problems are far from over, and hopefully, Batwoman’s recent momentum can keep capitalizing on that for the rest of the season. After all, the fallout from Cartwright’s madness will likely continue to plague the city long after he’s gone.

Batwoman 1.15: "Off with Her Head" Review
Batwoman manages another strong episode this week, as Kate and Jacob struggle to interrogate Cartwright, while Alice faces her fears in a big way.
THE GOOD STUFF
THE NOT-SO-GOOD STUFF
2020-03-17
87%Overall Score
Reader Rating: (0 Votes)
0%