Better Call Saul brings its protracted struggle between Everett Acker and Mesa Verde to something of a climax this week, and inevitably, this ends up having huge consequences for Jimmy and Kim. “Wexler v. Goodman” isn’t quite so pointed as its title suggests, but it does have Jimmy plunging to a spectacular new low, albeit one that Kim still finds herself drifting in and out of. At the same time, the show’s criminal storytelling finally kicks up a notch this week, after Fring finally successfully talks Mike into joining his operation, just in time for Mike and Nacho to work together on taking down Lalo.

Jimmy’s meteoric rise as Saul Goodman is something that has defined a large part of Better Call Saul’s current season. With such extended fame and fortune coming his way as well, it was inevitable that Jimmy would eventually pave the foundation for his eventual downfall into the world of crooked attorneys. This initially builds from Kim’s surprising find during last week’s episode, which details some unexpected, and potentially damning, inspiration for Mesa Verde’s seemingly benign logo. After Rich’s suspicions are made known to Kim however, Kim gets cold feet with the next phase of her plan, and tries to talk Jimmy down, before things escalate further. 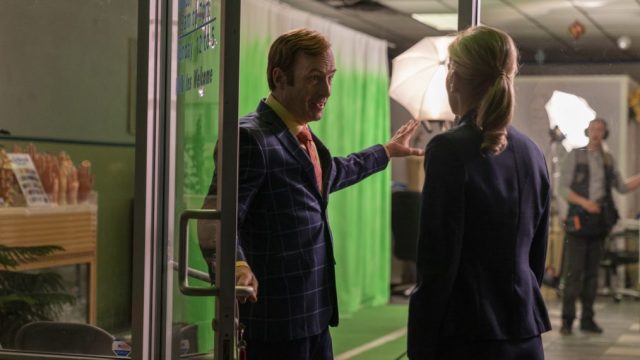 While this could initially be seen as annoying backpedaling, the show does find a way to keep this turn interesting, especially with how effectively it ties into Jimmy’s eventual sleazy future during the events of Breaking Bad. A large part of this episode’s opening section wonderfully foreshadows Jimmy’s and Kim’s plans, even if they’re eventually merely Jimmy’s plans, wherein Jimmy hires his usual film crew, along with a bunch of community theatre actors, to shoot a series of mysterious ads. These initially appear to be related to the infamous ‘Better Call Saul’ ad campaign from Breaking Bad, this very show’s namesake, but this episode did play with fan expectations in an inspired way here, when it’s revealed that the purpose behind these ads is far more sinister.

Once Jimmy finally appears ready to sit at the table with Kim and Mesa Verde, and negotiate a settlement for the long drawn-out dispute between the bank and Mr. Acker, Kim is shocked when Jimmy ends up demanding $4 million for the settlement, far more than the $75,000 that Kim offered, even if it meant making up the difference out of her own pocket. After initially appearing to make a mockery of proceedings, and in turn stoking Kim’s anger, Jimmy then ends up playing the ads that Kim urged him not to play, before Kim also unsuccessfully tries to convince Kevin to leave the room. Turns out, Jimmy shot a series of libelous ads about Mesa Verde supposedly having black mold, funding terrorist cells, and all sorts of other shady, fictional dealings. The ads are obviously fake, but Jimmy knows that the mere hint of them will tank Mesa Verde’s faith and reputation, and thus, he’s backed the company into a very tight corner. 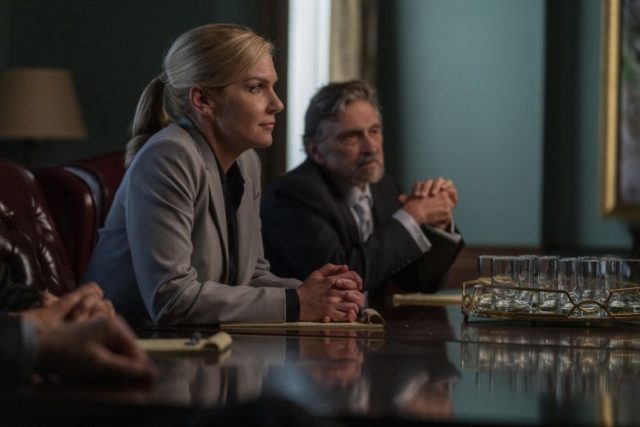 The brilliance behind this shocking plan also ends up bleeding into Jimmy’s personal life in a great way, despite Jimmy successfully convincing Kevin to hand $4 million to Acker. The dispute is done, and both Mesa Verde and Kim can finally move on, but Jimmy is nonetheless surprised that Kim is furious with him, since Jimmy played her (and she’s not wrong). Jimmy, however, sees his actions as giving Kim both more legitimate anger, and plausible deniability, in case things ever turn ugly, and they’re compelled to testify against each other. This has Kim realizing that the two are at a breaking point, thus motivating her to try and break up with Jimmy, until she decides that perhaps the two can get married. While this initially seems like a romantic gesture to close out this especially superb episode on, it’s no doubt cynically minded, and probably a simple defense measure, since it would mean that it would be impossible to compel Jimmy or Kim to testify against the other person.

Fortunately, the criminal storytelling also excelled this week, having a cool heist flavouring that nicely complemented Jimmy’s latest act of mischief with Howard, namely paying two prostitutes to publicly pretend that Howard stiffed them during a business lunch. It’s the kind of petty, yet potent action that Jimmy has mastered by this point. Mike and Nacho however had to be far more clever. After Mike agrees to help Nacho get rid of Lalo, Mike ends up undertaking a series of seemingly mysterious tasks as a P.I., involving digging up an old murder case, and forging evidence that would appear to suggest that Lalo is the killer. This takes a while to fully execute, but the suspense is very well done, with Lalo eventually being rounded up by the police successfully. I have to imagine that this is how Lalo comes to know Jimmy, especially when Breaking Bad already confirmed that Jimmy and Lalo know each other off-screen. This turn being timed with Jimmy and Kim likely getting married as a legal defense is also sure to keep accelerating Jimmy flying too close to the sun for the duration of this season. 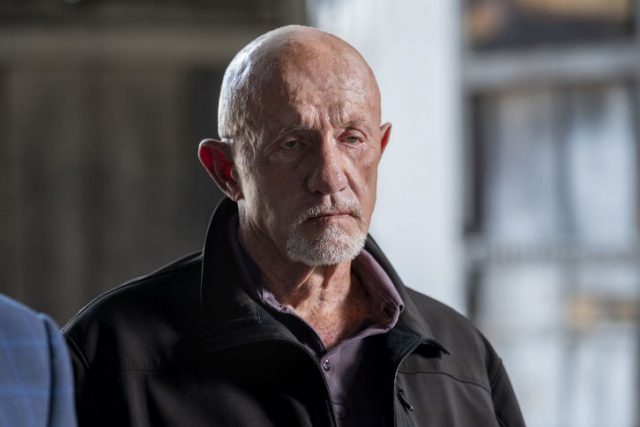 “Wexler v. Goodman” presents a fantastic slow burn storyline, one that sees some unlikely victories scored for both Jimmy and Mike, even if both are bound to have many unforeseen consequences. This is one of the best episodes that Better Call Saul’s current season has delivered so far, since it presents a strong mix of laughs, suspense and drama, all of which culminates in some big moves by several of the show’s leads. We’re now into the latter half of Season Five, and as such, Jimmy’s continued legal stardom feels like it’s being threatened a little more every day, likely inadvertently by Jimmy’s own hand. After all, Jimmy still can’t resist embarrassing and tormenting Howard, while also moving to increasingly dubious tactics, if Mesa Verde is any indication. It’s inevitable that Jimmy will no doubt be the instrument of his own destruction, specifically because, as Kim has seen too many times already, Jimmy just doesn’t seem to know when to quit and take the win. Eventually, he’s bound to run out of opportunities to do so.