The Walking Dead has really cranked up the excitement over the past couple of weeks, most notably between Alpha’s unexpected death, and Michonne’s long-foreshadowed exit. With these big developments being executed on the show over the past two episodes then, it was inevitable that the series would have to slow down from here, and indeed, “Look at the Flowers” definitely represents a sense of diminished momentum. This is mostly appropriate however, since it gives The Walking Dead a chance to take a breath with several of its key characters, even if their collection of storylines this week are executed with a bit of mixed results.

It’s also clear that this episode is meant to be a bridging chapter, leading into the next major story arc that’s set to be adapted from the Walking Dead comic books. This is a little awkward, considering that Season Ten of The Walking Dead now has to end one episode shy of its sixteen-episode order, due to the ongoing COVID-19 pandemic in the real world. This means that next week’s episode has now been forcibly converted into the season finale, with the planned sixteenth episode of this season now set to air at some point later in 2020, as a standalone special. This issue begs the question of when we’ll actually see the already-confirmed Season Eleven of The Walking Dead ultimately make its debut as well. The indefinite filming/release delay for both established spin-off, Fear the Walking Dead, originally set to debut its sixth season this Summer, and all-new limited series, The Walking Dead: World Beyond, originally set to premiere in just a couple of weeks, will likely push The Walking Dead’s eleventh season into 2021, with one of its two spin-off shows more likely to occupy its usual October/November timeslot at this rate. This is speculation on my part of course, but AMC’s crowded schedule of Walking Dead shows is definitely going to be adversely affected by the ongoing pandemic, that’s for sure. 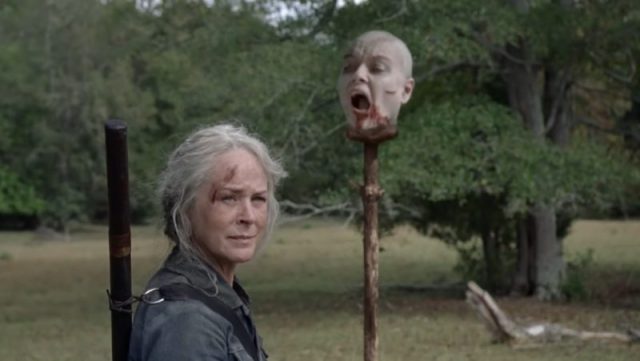 Regardless of whatever ends up happening with this show and its two offshoots for the duration of 2020 though, the teases for what’s to come are nonetheless sure to get fans of the Walking Dead comic books excited, even if they’ll probably just be weird and inexplicable to people who are only familiar with the Walking Dead TV universe at this point. As you can imagine, the next major story arc on The Walking Dead comes courtesy of Eugene and his radio conversations with Stephanie as well, which sends several of Hilltop’s citizens on a quest to accompany Eugene, as he prepares to meet the woman on the airwaves. This is a mostly uneventful journey, save for Ezekiel’s cancer symptoms starting to catch up with him, but it does nicely call back to Rick’s initial journey into the deserted Atlanta during this show’s 2010 origins, when the path to Stephanie appears to take Eugene, and his escorts, Ezekiel and Yumiko, into a nearby abandoned city.

This callback to Rick’s early journey in Season One could possibly suggest that AMC’s original Walking Dead series is approaching an overall climax over the next couple of years. This would make sense, considering that the next likely major story arc is one of the last in the comic book canon, before the Walking Dead comic books came to a surprising end with issue #193 last year. It’s definitely more interesting to think about than Ezekiel’s bellyaching and sudden uselessness. Ezekiel’s writing just felt tedious and overwrought in this episode, and it seems apparent that Khary Payton is eager to leave the show after this season, so the writers are forcing a quickening excuse for Ezekiel’s likely demise. Fortunately, once Eugene, Ezekiel and Yumiko get into the city, they see a more interesting scenario of walkers being chained up and posed, as if to act out ordinary human mannerisms from the world before. This eventually culminates in a colourful, energetic and upbeat survivor greeting Eugene’s party, complete with vibrant clothing and purple hair. 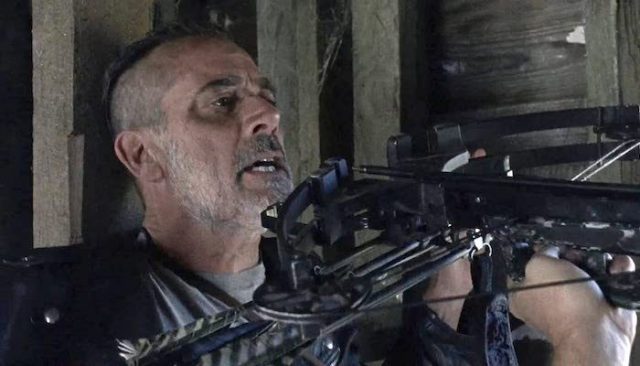 While this character will be a complete question mark to people who haven’t read the Walking Dead comic books, or at the very least haven’t kept up with the show’s casting announcements, her identity is no doubt that of a comic book personality named Princess, a.k.a. Juanita. Juanita/Princess was confirmed to be cast during the early press for Season Ten, and she’s a character that happens to be somewhat connected to the next major Walking Dead faction that’s no doubt set to debut on the TV series; The Commonwealth. Since the TV take on the Whisperer War appears to be nearing a conclusion over the next couple of episodes, The Commonwealth would be the next logical story arc to feature on The Walking Dead, likely to serve as the backbone of storytelling in Season Eleven, and probably the inevitable Season Twelve. Hopefully next week’s episode can give Juanita/Princess a worthy introduction too, because who knows how long we’ll be waiting for the season’s sole remaining episode after next week.

Outside of the foreshadowing for The Commonwealth, we also got a standout storyline between Daryl and Negan. This kicks off when Negan goes back to untie Lydia, only to find that she’s missing, with Daryl ambushing Negan in her place! Naturally, Daryl doesn’t believe that Negan has killed Alpha as well, with Daryl instead seemingly ready to kill Negan at any minute. Lucky for Negan however, some stray Whisperers confirm the news of Alpha’s death at Negan’s hands, even after Beta walks off with Alpha’s re-animated head (more on that in a moment), and Negan in turn bails Daryl out of an untimely demise, after the Whisperers declare Negan their new Alpha. This leads to a pretty great bonding moment of sorts between Daryl and Negan, after Daryl learns that Carol conspired with Negan to kill Alpha, in exchange for Negan winning favour with Alexandria. This nicely explains how the unlikely Carol/Negan alliance came about, and in the case of both characters, this plan makes sense, and helps to justify exactly how they could logically kill Alpha when she was at her most cocky and vulnerable.

Sadly, Carol is another sore spot on this episode, but that’s hardly surprising at this point. Carol spends the entire episode bumbling around and being tormented by visions of Alpha, only to be nearly killed by a walker while fumbling around an abandoned shack. Obviously, Carol survives though, and eventually has a cold reunion with Daryl, pretty much rendering this entire storyline tedious and pointless. It was Beta that actually did a much better job of addressing the fallout from Alpha’s death, as he decides to temporarily hole up in a bar, and play a country record made by… Himself. In an interesting twist from the comic book canon, where Beta was a famous celebrity basketball player, Beta appears to be a famous country music star in the TV canon, achieving the same effect, while also providing a fresh spin on the character’s true origins. Beta, like Carol, didn’t ultimately accomplish much this week, but at least he was doing something interesting, shedding more light on his backstory, while also accentuating his skin mask by taking some of the skin from the fallen Alpha onto it.

“Look at the Flowers” makes an intentional effort to call back to some of the earlier moments on The Walking Dead, while further developing Beta, and teasing some important new characters. Inevitably though, the past couple of episodes were bound to be an impossible act to follow, and this episode naturally can’t measure up to them. To be fair though, this episode is still good enough on its own merits, even if it means slogging through more tired Carol drama, as well as an increasingly awkward means to foreshadow Ezekiel’s dwindling lifespan. Negan helped to nicely pick up the slack for Carol’s ineffective storytelling, but at this point, the show really needs to move on from Carol’s overdone angst. Fortunately, with The Commonwealth seemingly primed to succeed the Whisperers soon, we can at least look forward to some fresher storylines in the show’s future, even if it’s now anyone’s guess as to when this season’s true climax will actually air to the public.

The Walking Dead 10.14: "Look at the Flowers" Review
The Walking Dead slows down with a mostly decent, if uneven episode this week, as Eugene leads a party to meet Stephanie, while word of Alpha's death reaches Beta.
THE GOOD STUFF
THE NOT-SO-GOOD STUFF
2020-03-30
77%Overall Score
Reader Rating: (0 Votes)
0%