NOTE: This review may contain mild spoilers for the debut season of, “The Witcher.” That said, the review is written to accommodate those who have not yet watched the season, and as such, will avoid discussion of major story developments.

The power vacuum left by the conclusion of HBO’s blockbuster fantasy-drama series, Game of Thrones is vast, and it’s one that many pretenders to the metaphorical Iron Throne have quickly seen fit to try and fill. Plenty of Game of Thrones imitators have made it to the airwaves even before the initial saga of Westeros came to a close last year, with some, like Starz’ American Gods, History’s Vikings and HBO’s own Westworld, even being pretty good shows in their own right. The crown of Game of Thrones is a very heavy one to bear however, and for every Outlander (another fan-favourite Starz series that was clearly pitched to capitalize on Game of Thrones’ success), there’s going to be a, say, The Bastard Executioner, or Reign, or some other mediocre-to-bad show that you probably don’t remember.

Netflix, naturally, being the world’s current biggest streaming platform, also attempted to get in on that hot Game of Thrones action in years past, namely with Marco Polo, an over-expensive, international-skewing flop that has the dubious distinction of being Netflix’s first-ever prematurely cancelled Original Series. Fortunately, rather than doubling down on a prestigious mature fantasy market it couldn’t readily compete in however, Netflix decided to bide its time, and work on refining a more audience-friendly, memorable adaptation of a dark, adult-oriented fantasy property. This eventually resulted in the streamer playing host to The Witcher, a highly-hyped adaptation of Polish author, Andrzej Sapkowski’s series of novels and short stories. Not only do the Witcher books have a growing following across the world in fact, but they also have the extensive name recognition that comes from the highly popular series of The Witcher video games that the book series eventually inspired, which hit record highs in sales and acclaim with 2015’s The Witcher 3: Wild Hunt.

This makes The Witcher a pretty safe bet for Netflix to push as their very own Game of Thrones substitute, one that seems to have been very consciously timed for a premiere just a handful of months after Game of Thrones concluded last Spring. This is definitely no accident, especially when The Witcher quite blatantly wears its Game of Thrones inspiration on its sleeve, going all in on much the same tone as HBO’s blockbuster fantasy opus, only making sure to place extra emphasis on twisted humour and shock value. In fact, during the first season anyway, The Witcher sometimes has a problem with putting these audience-pandering elements ahead of actually developing its world and personalities to full effect. This definitely isn’t enough to sink the series, which nonetheless exudes a lot of promise between its sharp performances and staggering production values, but it does make The Witcher’s first season a bit more of a frustrating watch than it should be.

Of course, it also doesn’t help that The Witcher’s first season doesn’t even adapt the first proper novel in the series, and instead precedes that first novel’s events by primarily centering around tales from two of Sapkowski’s short story prequel collections, namely The Last Wish and Sword of Destiny. This leaves the show awkwardly jumping between three separate timelines without much cohesion, while only barely giving clues that it’s doing so, until its trio of main character arcs eventually collapse into each other with all of the grace of a hungry Shtriga. It’s a bit of an awkward start for a series that could be one of Netflix’s biggest blockbuster shows, right up there with Stranger Things (and the record-shattering viewership numbers for this first season definitely foreshadow this possibility), but The Witcher does have some growing pains to work out first.

Fortunately, for all it gets wrong in its first batch of eight episodes, The Witcher also gets enough things right to still be a solid draw for fantasy fans, established fans of the Witcher universe, and people who are especially starved for a Game of Thrones-flavoured fix. Chief among these positive elements is Man of Steel’s Henry Cavill, occupying the eponymous lead role of Geralt of Rivia with a gritty, but lovably sardonic charm that perfectly realizes an anti-hero who’s as witty as he is gritty. Geralt’s story arc is also frequently and exceptionally complemented by Joey Batey as philandering, free-spirited bard, Jaskier, who becomes the unlikely muse to Geralt’s increasingly demanding misadventures, while also contributing the single best thing about this show, “Toss A Coin to Your Witcher”, a super catchy and enjoyable song that I defy you to stop perpetually humming in a timely fashion.

The other two lead characters in The Witcher, along with the headliners of its two other timelines, are Freya Allan’s Princess Cirilla “Ciri” of Cintra, and Anya Chalotra’s Yennefer of Vengerberg, a deformed hunchback of quasi-elf blood that eventually grows into a powerful and alluring sorceress. Between these characters, Yennefer’s arc is perhaps the most interesting and shocking, with even Geralt often left to undertake a series of quests that you know he’ll inevitably emerge victorious from, with the journey taking precedence over the predictable destination. Ciri, meanwhile, definitely feels lost in the shuffle in Season One, being a mere plot device designed to highlight the march of this first season’s antagonists, the Imperialistic nation of Nilfgaard, who are beginning a campaign to raze and conquer the entire Northern stretch of The Continent (the very imaginatively named setting of these stories), because… Well, I’m not sure. They’re evil, I guess. Oh, and Ciri’s grandmother, the Cintran queen, Calanthe, was mean to one of their people once. That’s seriously most, if not all we get for Nilfgaard’s motivations at this point. It goes without saying that the Lannisters and the Boltons wore these colours better. 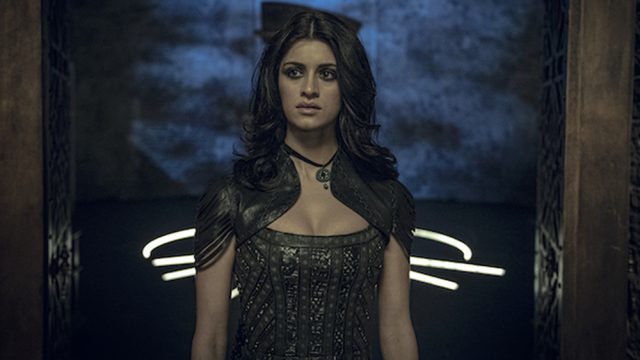 Compounding the irony surrounding The Witcher’s strangely underdeveloped antagonists is the fact that this series is otherwise full to burst with lore, which practically demands that you’ve read the books, or perhaps played the video games, if you want to have any grasp of it without constantly thumbing through Wikipedia pages. Adequate establishment is really not this show’s strong suit, and that definitely comes into play when passing mentions are made to things like the Law of Surprise, or the Brotherhood of Sorcerers, or magic ‘conduits’ that apparently power Yennefer’s mage school by turning into eels. The Witcher universe is a wonderful, rich landscape of fiction, but Netflix’s take on the property appears to have confused the heavy complexity of Game of Thrones with the belief that audiences will do their own research in order to understand key elements of the show’s storyline. That’s not really how you make an intriguing show however, least of all in Season One. That’s how you make a frustrating show that you can see has the eventual makings of a great show in this case, if it would just organize its storytelling and do a better job of letting the uninitiated know what the hell is going on.

Still, you can’t fault how gorgeously-produced The Witcher is, and that definitely should be emphasized. Netflix hasn’t quite fully replicated the awe-inspiring scope of Game of Thrones during The Witcher’s debut season, but this series nonetheless remains one of the streamer’s most impressive-looking, impressive-sounding and overall impressively-presented original shows. The action sequences are definitely a highlight, whether it’s Geralt going mano-a-mano with some kind of eldritch magic-powered creature, or a grand-scale battle against the entire militaristic might of Nilfgaard. In terms of style, and even genuine horror at times, The Witcher definitely has its bases covered. Whenever you’re not burdened with trying to figure out which way is up between the sloppily-presented character arcs and plotting, the series really is a delight for the eyes and ears, effectively teasing so many more impressive story turns to come, in future seasons, when The Witcher can more easily get away with spending less time establishing new story elements within its world. 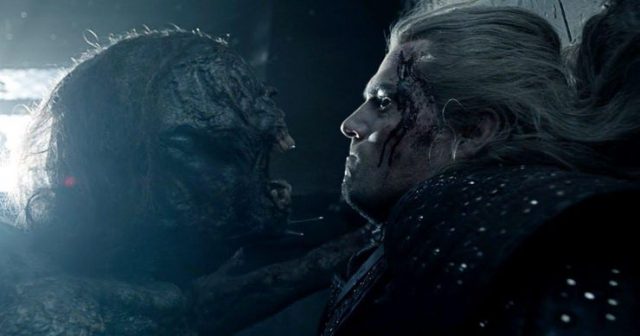 If it’s any comfort, I did find that a second viewing of the season did alleviate some of the initial confusion and frustration with trying to figure out some of the poorly-explained elements behind The Witcher’s cast and setting, especially in regards to specific world conventions that we’re inexplicably expected to grasp if we haven’t read the books and short stories that inspired this show. Even then though, The Witcher relies on Wikipedia a lot more than it should, and that’s before considering that its bold, but misguided effort to spread itself across three ill-plotted timelines in its first season creates a whole new set of storytelling problems that even Wikipedia can have a hard time untangling. Still, it must nonetheless be stressed that The Witcher is very impressive in its production values and scope at least, as well as through the lead performances from Cavill, Batey and Chalotra in particular. This show certainly carries tons of promise for future seasons, even if it doesn’t realize its full potential right out of the gate. This wouldn’t be the first time that an ambitious, mature-minded fantasy drama took a season or two to find its footing though. Perhaps, like Geralt himself, once we come to more easily understand what’s powering The Witcher, it will have an easier time finding its place in our hearts.

The Witcher: Season One Review
The Witcher's first season can be a bit of a narrative mess, due to a confusing three-timeline structure and poorly-explained lore, but its gorgeous production values and lovably sardonic tone nonetheless tease lots of promise for the future.
THE GOOD STUFF
THE NOT-SO-GOOD STUFF
2020-04-03
74%Overall Score
Reader Rating: (0 Votes)
0%