Better Call Saul delivered a very different kind of episode this week, one overseen by series co-creator, Vince Gilligan himself in the director’s chair. The premise of this episode is quite simple, mind you, with the entirety of events centering around Jimmy reluctantly agreeing to retrieve Lalo’s bail money, for a healthy payment of $100,000, of course. As you can imagine however, complications inevitably arise during Jimmy’s first ‘extra-legal’ job for the Salamanca cartel, with this week’s episode, “Bagman” going all in on those complications, and completely sidelining every other ongoing story arc on the show for the time being.

Fortunately, “Bagman” also happens to be another especially standout gem within Better Call Saul’s fifth season, standing alongside, “Wexler v. Goodman” from a couple of weeks ago as one of the season’s best overall episodes. The initially ho-hum, but eventually challenging misadventure that Jimmy undertakes while driving into the desert for Lalo makes for a very riveting episode, one that not only puts Jimmy through his paces as the cartel’s new ‘bagman’, but also highlights how Jimmy’s new honesty tactic with Kim has inevitably put her in, “The game”, alongside Jimmy, Mike or anyone else associated with the Salamanca and Fring cartels. This is a dark premonition that could suggest Kim’s ultimate fate towards the end of Better Call Saul as being much more grim than initially anticipated, potentially providing a more permanent reason as to why Kim doesn’t appear in Breaking Bad. 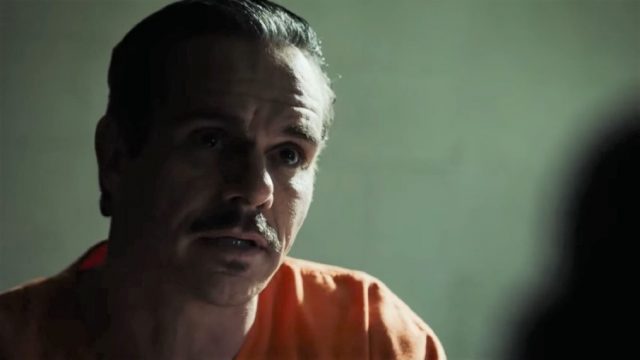 For the early stretch of this episode however, things are very straightforward, like I said. Jimmy drives to a designated meeting spot, deep in the New Mexico desert, and makes contact with the ‘Cousins’, Marco and Leonel Salamanca, who actually haven’t been seen on Better Call Saul for a while, come to think of it. In any case, Jimmy initially drives off with the money just fine, but is soon after ambushed by a rival gang, who attempt to kill him, and take Lalo’s $7 million for themselves. Fortunately, Mike secretly provides overwatch with Jimmy’s money-handling operation though, allowing Mike to pick off and eventually leave only one of the assailants, who flees in a vehicle. Jimmy, meanwhile, is in shock, but still has the money intact, with Mike then being saddled with getting Jimmy to safety after their own car breaks down.

What follows is a grueling journey of both survival and determination, as Jimmy has to try and soldier forward in uncharted territory, while Mike impatiently tries to urge him on. Considering how much Jimmy and Mike have been frustratingly separated all season, even during much of the season before this one in fact, this was a great chance to pair these two characters again, and make them superb foils to one another. Mike’s survival knowledge quickly proves to be a challenge for Jimmy, particularly when the two must camp out in the desert overnight, complete with Jimmy having to drink his own urine when the two fail to derive much water after they sleep. This is all great stuff, being engaging, impeccably directed, and darkly entertaining. It would have landed with maximum impact if we knew that Jimmy and Mike were in actual danger, which, they’re not, considering that both of them survive well into the events of Breaking Bad, but I suppose there’s not much that can be done with that narrative issue.

Kim, meanwhile, confronts Lalo directly in prison, whereupon she reveals directly to Lalo that Jimmy has told her about Lalo’s business, as well as Jimmy’s new business arrangement with the Salamanca cartel. Kim’s fear getting the better of her during this one situation is bound to have chilling consequences later, especially when Kim gets nowhere, and Lalo is simply left to stand over Kim as she ponders the implications of what she’s done. Sure, Kim’s testimony is legally sealed by her marriage to Jimmy, but this, more than anything else, really hammered home just how much Jimmy and Kim have now entered an illegal world, a world that both of them are now bound to, whether willingly or not. Even with Kim having little appearance in this episode, this moment alone was enough to cap off her small character arc for the week perfectly.

It was also satisfying to see Jimmy be the one to come up with the plan that ultimately takes out the straggling gang member, even if this nonetheless prevents Jimmy and Mike from using the guy’s car, or taking any additional water. The episode ending as the two continue to trudge forward on foot is a worthy conclusion however, even when we know that both men have to survive their protracted journey through the desert. “Bagman” marks an excellent departure from Better Call Saul’s usual style, creating a much more literal struggle to survive for Jimmy, while Kim begins to realize exactly what Jimmy may have gotten the both of them into, after taking on Lalo’s money-fetching job. Even with the focus almost entirely being on the extended desert trek this week, the long overdue re-teaming between Jimmy and Mike is also highly rewarding, particularly when Mike’s words about why he keeps on with his own cartel work ironically mirror the sentiments of Breaking Bad protagonist, Walter White, continuing to prime Better Call Saul’s events to start joining with the original series that inspired it. What begins as a simple job is now set to change Jimmy’s and Kim’s lives forever at this point, and that’s assuming that Kim even manages to live much longer to tell the tale.

Better Call Saul 5.8: "Bagman" Review
Better Call Saul strands Jimmy and Mike in the desert for a harrowing journey of literal and psychological survival this week, leading to another highlight episode for the season.
THE GOOD STUFF
THE NOT-SO-GOOD STUFF
2020-04-07
93%Overall Score
Reader Rating: (0 Votes)
0%