This week, PlayStation will be hosting PS5: The Future of Gaming, the world’s first look at the games coming to PlayStation 5. It potentially has more in store, though that remains to be seen.

According to the PlayStation.Blog, the show has been pre-recorded and will be streamed at 1080p and 30 frames per second, with the blog noting that “games you’ll see on Thursday will look even better when you play them on PS5 with a 4K TV, as you’d expect.”

The post also notes that it is best to watch with headphones rather than laptop or phone speakers, as “there’s some cool audio work in the show,” indicating they may be trying to show off some of that sweet PS5 audio tech Mark Cerny described back in March.

Let’s run down our thoughts and predictions for what we’ll see, what we might see, and what we don’t think has any chance of happening.

Of course, when we say “what will be there,” know that we mean things that we’re extremely confident about, and not that we have any insider information, naturally. This is also by no means an exhaustive list, as there are plenty of other things that could happen, but here are our biggest expectations.

Let’s just get this one out of the way. Counterplay Games and Gearbox have confirmed that it’s a PlayStation 5 game launching in 2020. There’s no way we don’t see more. Moving on. 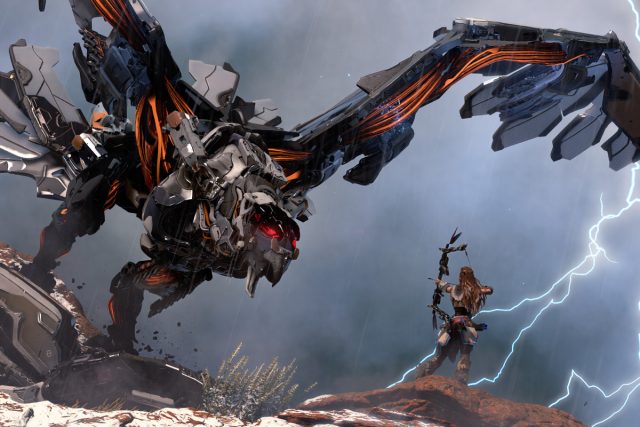 A follow-up to Guerrilla’s 2017 hit game is the most rumoured title to be revealed at Sony’s event. The game has been out for a while, with a well-received expansion pack, The Frozen Wilds, and Guerrilla has been working on, well, we don’t know what, since then.

When a new franchise becomes as successful as Horizon has, there is no reason not to capitalize on it. We expect it to use the same engine as the first game, as it likely began development as a PlayStation 4 title, though some heavy modifications have likely been made to improve various attributes of the game such as lighting and detail to better utilize the PlayStation 5’s power.

We also don’t think it will be called Horizon: Zero Dawn 2, but rather something else utilizing the Horizon: [subtitle] formula, to distinguish it from the first game but keep the heritage of the title alive.

While the success of racing games has largely been dominated by Xbox’s Forza franchise in the past few years, Gran Turismo was certainly the king of the genre before that.

Racing and sports games are often the litmus test for graphics on a new console. They allow story to be pushed aside, often follow a specific set of rules, and afford designers and developers to pour every effort into a relatively closed area in which to highlight the prowess of the console. There is no reason to think this won’t happen here.

In fact, with a recent trademark renewal spotted that happened to take place on the original date of the PS5 Gaming stream, it seems likely that the trademark was set to go live again after the game had been announced, further convincing us that we’re going to see the first Gran Turismo title since 2017’s Gran Turismo Sport.

The first demo the world saw of any sort of PlayStation 5 technical advancements showed off fast-travel in Marvel’s Spider-Man going from around eight seconds to sub-one second.

While there is almost certainly a sequel to the 2018 title in the works, we’re betting that Insomniac Games has actually been working on some more-than-modest improvements to the original game, for release on the PS5.

The benefits here are plentiful. It would help build out the PS5’s launch library, be a relatively low cost project for the studio, allow the team at Insomniac to become familiar with the PlayStation 5 development environment, and experiment with different technologies in a relatively safe space.

It would also technically still allow for Sony to make good on their promise that the top 100 PS4 games will run on PS5, but gives the options to players to pay a bit more for an upgraded version of the web-slinger. It takes a page out of the PlayStation 4 playbook when Sony released The Last of Us Remastered about a year after the original title, or about eight months after the PS4 console debut.