Stargirl has been gradually building momentum after Courtney Whitmore’s first steps into the role of the eponymous superheroine, and now, the onus is on the show to start sharing that momentum effectively between the growing supporting cast. This week’s episode, “Wildcat” chronicles Courtney’s first efforts to build a new Justice Society of America, beginning with the titular successor to the late Ted Grant, who just so happens to be reserved, ostracized Blue Valley High student, Yolanda Montez. Yolanda, naturally, is less than certain of Courtney’s heroic pedigree however, even after Courtney talks Yolanda into coming along on her latest mission against the Injustice Society.

Fortunately, despite Yolanda’s initial hesitation as a budding superheroine in her own right, “Wildcat” ends up being an especially superb episode of Stargirl. This episode delivers a smart, compelling and genuinely heartfelt origin story for Earth-2’s Yolanda, even as the ISA fades into the background this week. In fact, the only proper check-in with them for now is a brief encounter between Jordan Mahkent and a masked character, the Dragon King, another Blue Valley-based villain from DC Comics lore. As much as Jordan/Icicle appears to be the true leader of the ISA on Earth-2, it’s very clear that Dragon King might have even greater influence and power in the long term, particularly when he appears to command Jordan’s New America project with ease. Does this mean that Dragon King is the true puppet master behind the ISA, despite his pledge of loyalty to Jordan? Maybe! Either way, colour me intrigued. 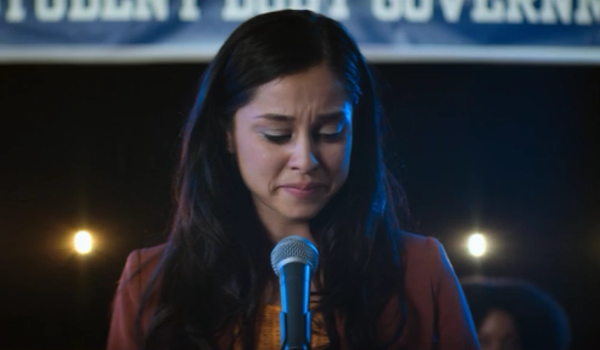 There’s also a brief subplot surrounding Pat this week, who is keeping his promise of hanging up his stripes as, well, S.T.R.I.P.E., even if this inevitably won’t stick later on. Pat is going about business as usual for now, being weirdly oblivious to Courtney’s behaviour this week. After Denise Zarick shows up at his auto shop however, Pat is ominously warned not to trust Blue Valley, nor the people in it. Denise then flees with her cat, along with her dead husband’s Wizard gear. This is already a pretty sinister tease of forces that are stirring in the background of Blue Valley, but it only gets more chilling when Pat later finds Denise’s junked car towards the end of this episode. Did Denise meet with a terrible fate? Or, is she simply faking her demise to avoid the watchful eye of the ISA? Again, colour me intrigued!

Most of this episode predictably revolves heavily around Yolanda though, along with her first proper interactions with Courtney. We even learn what scandalous act turned all of Blue Valley High against Yolanda to boot, namely that she sent nude photos to her former boyfriend, Henry King Jr., only for a jealous Cindy Burman to spread them across the entire school’s smartphones (somehow) during Yolanda’s class president speech. That’s pretty awful on its own. Even worse however, Yolanda’s family has shunned her as much as her peers at school have, with Yolanda being seemingly permanently, “Grounded”, and not receiving any interactions nor freedom from her parents. It’s a surprisingly relatable and heartbreaking origin for this character on Earth-2, immediately making Yolanda sympathetic, without taking away her kindness, nor her desire to do good and be better, an essential pair of traits for the start of her journey as Wildcat. 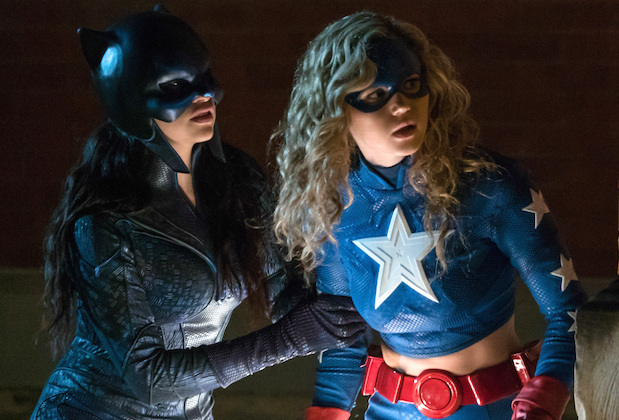 Despite fending off most of Courtney’s initial attempts to be her friend as well, Yolanda eventually gives in to Courtney’s petitions to get involved with her superheroine identity, complete with revealing the Cosmic Staff, as the means through which she blew up Henry’s car (accidentally). After Yolanda is then eventually convinced to try on the Wildcat costume, the Wildcat costume and cowl magically re-fit to Yolanda’s form perfectly, accepting her as Wildcat. The two girls then have a wholesome, entertaining test run of Yolanda’s new abilities across Blue Valley, which nicely mirrors Courtney’s first steps with the Cosmic Staff, eventually culminating in Yolanda helping Courtney steal a visitors’ report from Brainwave’s hospital room.

This results in a series of very amusing complications, particularly when Courtney nearly shuts off all life support to the hospital by mistake, before Yolanda almost tips off a morose Henry to her presence, after initially wanting to attack him by his father’s bedside. Little moments like these make Earth-2’s new JSA-in-the-making pretty easy to love and root for, even when they’re clearly very green, and making a lot of mistakes. Even better is that we get another interesting tease here as well, namely when Principal Bowin is seen playing the violin within Brainwave’s hospital room. This is no doubt a reference to Principal Bowin being the mother of Isaac Bowin, who, in DC Comics lore, is a lesser-known villain called ‘The Fiddler’. A gender-swapped version of The Fiddler named Izzy Bowen even showed up on The CW’s The Flash during its fourth season, though this version was re-tooled to be a victim of super-villain, The Thinker. Colour me intrigued? I guess that’s a hat trick! 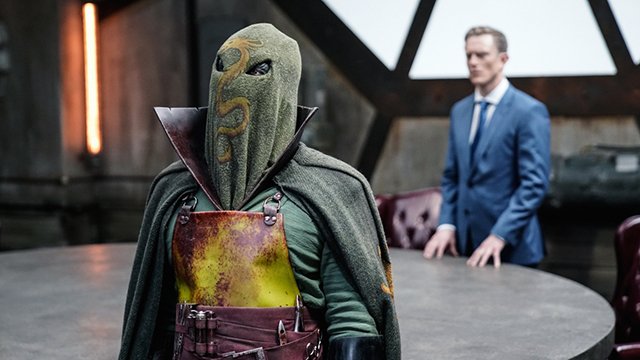 Regardless, Courtney and Yolanda are ultimately successful when it comes to getting the visitors’ list, though not before they’re seen by Beth Chapel, the kindly Blue Valley High student with a bit of an overly strong attachment to her parents. This no doubt leads directly into next week’s episode, where Beth appears to be poised to be recruited as the new Doctor Mid-Nite. Beforehand though, we get a surprisingly bittersweet and mature conclusion to Yolanda’s first mission as Wildcat, namely that she accepts Courtney’s friendship, but feels that she’s unable to take up Wildcat’s mantle, since she has too much going on at home, and needs to accept one identity as Yolanda Montez, before she can embrace another as Wildcat. This is actually another surprisingly mature, emotionally challenging turn for Stargirl as well, continuing to elevate its teen drama elements far above the more soapy, outlandish and disposable teen drama that’s too often forced onto The CW’s dedicated programming. Yolanda subsequently declaring to her parents and grandmother that she’s been punished enough, and wants to be forgiven and unite her family once more, only to be rejected and dismissed by her parents yet again, is extra heartbreaking as well, even if this sad turn does finally convince Yolanda that she’s ready to take on a new identity as Wildcat in the end.

Admittedly, it would have been nice if Yolanda’s efforts to win over her family, and reconcile her main civilian identity along with her former mistake, might have lasted just a bit longer, perhaps one more episode even. Still, that’s really the only questionable element to what’s otherwise an incredibly strong Stargirl episode this week, one that kicks off Courtney’s hunt for a new JSA on an excellent note! Yolanda being fleshed out as a character pretty much fired on all cylinders here, and while Courtney and Pat didn’t have much in the way of direct interaction this week, this episode didn’t really suffer for that. Even little teases like Denise Zarick’s mysterious disappearance, Principal Bowin’s first nod to being a prototype Fiddler, and our first look at Earth-2’s rendition of Dragon King, all worked to wonderfully flesh out Stargirl’s cast and mysteries, presenting gradually tighter storytelling, and a better, more satisfying glimpse of what’s troubling Blue Valley. Here’s hoping that Courtney’s JSA recruitment efforts keep being this compelling next week, especially when Courtney and Yolanda have already been busted by another classmate during their hospital mission.