Activision had originally planned for Call of Duty: Modern Warfare to begin its fourth online season around a week ago. However, the company decided to postpone things because of global events related to the George Floyd protests. As a result, the game didn’t begin its new event until earlier today.

Season Four will introduce new operators, and adds three free maps for use in multiplayer, Ground War and Gunfight. Three new game modes will also be added throughout this season.

You can see the full Call of Duty: Modern Warfare Season Four roadmap below: 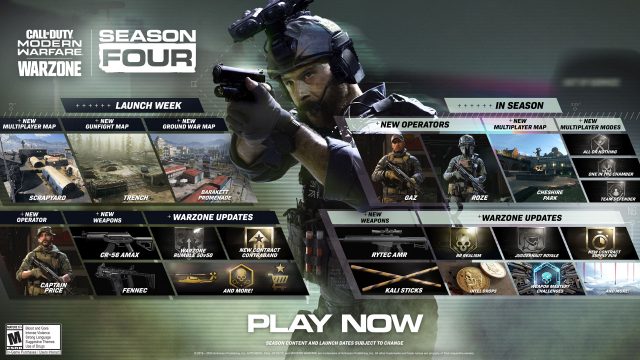