Now that Dragon King and his connection to Cindy/Shiv has become known to Courtney, Pat and their new Justice Society, the final pieces of the mysterious Injustice Society plot brewing within Blue Valley are starting to fall into place on Stargirl. Even then however, a key piece of the puzzle finds himself torn between both sides of the battle, as Henry King Jr.’s metahuman abilities completely manifest, leaving Henry finally discovering the truth about his ISA father. “Brainwave” thus completes the picture regarding the importance of Brainwave and his son to the ISA, and how crucial their telepathic abilities are to executing the ISA’s sinister agenda.

All of the material surrounding the final stages of Henry’s metahuman evolution is pretty excellent here. This begins right from Henry obsessively consuming his father’s video documentation of his growing abilities at the start of this episode, building off of a cold open that shows Henry King Sr. inadvertently killing a mugger many years ago. This, alongside Henry Sr.’s constant spying on other people’s thoughts, eventually turns Henry’s father against humanity, believing them to be too inwardly depraved and selfish to be worth saving or protecting. Now, having the same issue of constantly hearing people’s thoughts against his will, Henry finds himself staring down the same dark path as his father, along with the former transgressions he’s already committed as the big jock at Blue Valley High, particularly against Yolanda.

Since Henry hasn’t fully gone to the dark side yet though, Courtney proposes trying to recruit him to the JSA, a proposal that’s met with disgust from her friends, and extreme doubt from Pat. This continues to be a great showcase of Courtney’s optimism, even when it sometimes gives way to arrogance. The question of Henry’s allegiance becomes all the more important when the ISA meets Dragon King early in this episode too. Here, Dragon King finally reveals the grand ISA plot that serves as the backbone of this entire season; Brainwave, whether Henry Sr. or Henry Jr., is going to interface with a device that spreads his telepathic influence over a huge portion of America, leaving the citizens of these places completely receptive to the ISA’s will. This is no doubt the true end goal of Jordan’s American Dream project as well, specifically forcing legions of Americans on Earth-2 to behave themselves, and go along with whatever Jordan’s vision of an idyllic United States is!

The subtext behind this ISA plot definitely feels like a pretty clear indictment of the ridiculous fallacies surrounding the supposed ‘MAGA’ ambition of Trump’s America, which I definitely wouldn’t put past a Greg Berlanti/Sarah Schechter-produced DC drama. This subtle satire also became apparent later in this episode, when Barbara impulsively invites the Mahkent family over to her house for dinner. The Mahkent’s (sans Cameron) end up saying a ridiculously violent Norse prayer that the Whitmore/Dugan family fails to understand because it sounds nice, plus only Courtney notices that something may be up with Jordan in general, when he’s unaffected by touching a scalding hot pan. As much as this seems like a rather convenient slip-up, it does provide a halfway decent excuse for Courtney to tip off Pat that Jordan may be Icicle. something that Pat is initially hesitant to believe, but finds himself unable to truly dispute. 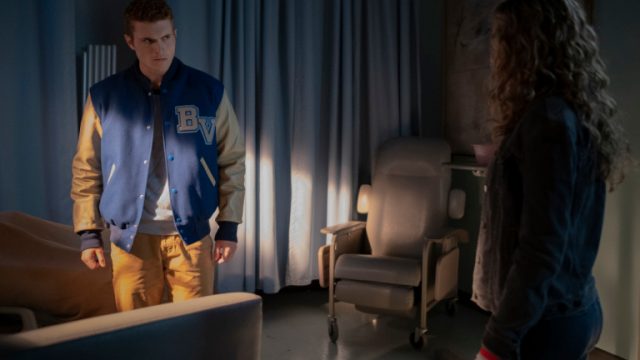 With renewed focus once again being on the Mahkent and King families this week, you can imagine that Cindy takes a back seat here, despite Dragon King still getting a solid amount of screentime. Sure enough, Cindy’s father imprisons her in his sinister basement during this episode, and even pulls her out of Blue Valley High, with the excuse that she’s studying with her mother in Europe. Does this mean that Cindy’s stepmother has met with an even worse fate? Actually, the JSA felt similarly benched this week, on the note of Cindy, with a scattered, somewhat undercooked series of subplots that didn’t blend all that well with the core storytelling. Beth and Rick spent this episode digging up mostly inconsequential intel about Blue Valley’s origins, while Yolanda makes a rather blunt threat to Henry at the hospital, not even bothering to dispute her secret identity as Wildcat in the process. That may end up creating some problems for the JSA in the weeks ahead!

Again though, it was Henry that largely dominated this episode, at least outside of the memorable, subtly tense dinner scene with the Mahkent’s. Another highlight scene involves Courtney directly confronting Henry at the hospital, at which point Henry also quickly deduces her identity as Stargirl, as well as the fact that Courtney was the one who accidentally put Henry Sr. into a coma. The two then have an impassioned debate about the worth of people, almost suggesting that Courtney gets through to Henry in the end. Sadly though, a nicely shady turn nonetheless occurs at the end of this episode, after Yolanda threatens Henry. This begins when the Kings’ crooked lawyer tries to lie about Henry Sr.’s will, in an effort to trick Henry into authorizing that the hospital pull the plug on his father, granting the lawyer a huge payout. After obviously detecting the lawyer’s deception with his telepathic powers however, Henry angrily kills him by inflicting a massive stroke, just in time for Henry Sr. to wake up and see what his son has done! Well, that’s pretty unfortunate timing, isn’t it? Maybe? 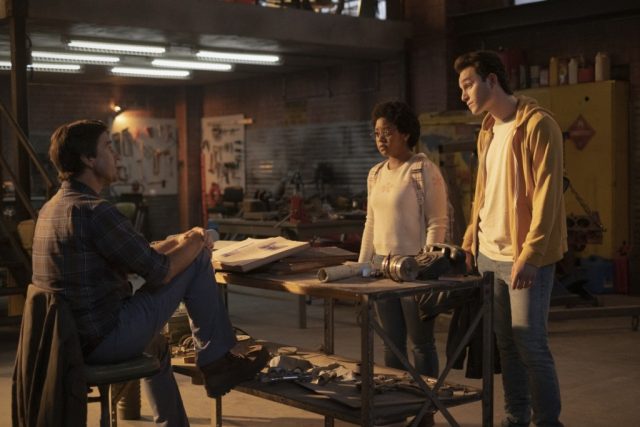 So, it would seem in the end that Henry is a chip off the old ISA block. Oh dear. Then again, how Henry Sr. receives the sight of his son murdering a criminal attorney remains to be seen, since it’s entirely possible that Henry Sr.’s heart may have changed in the time since he had a son. Regardless of how that pans out however, “Brainwave” greatly excels when it focuses on the family of its titular villain. The renewed focus on the Mahkent family also works well overall, especially now that the ISA’s and Dragon King’s plans appear to have finally been laid bare for viewers to see. The rest of the supporting cast is saddled with rather thankless subplots this week though, unfortunately, clearly playing second fiddle to the villains in this case, as well as Courtney’s continued desire to be the best superhero she can be, and inspire her peers to be the same. Still, Stargirl is maintaining a healthy degree of momentum after entering its first season’s back half, continuing to provide some surprising humanity to its otherwise fantastical threats this week, while consistently allowing its eponymous heroine’s full, radiant heart to shine.

Stargirl 1.9: "Brainwave" Review
Stargirl stays strong with a superb focus on the Brainwave and Icicle families this week, even if the supporting cast feels a little neglected.
THE GOOD STUFF
THE NOT-SO-GOOD STUFF
2020-07-14
88%Overall Score
Reader Rating: (0 Votes)
0%