Fear the Walking Dead has found a bit of a renewed creative spark so far this season, knock on wood, thanks to its interesting, vignette-style front half to Season Six. The trade-off is that the show has definitely become more comic book-y than ever this season, but I suppose that’s better than the same dull, frustrating nonsense that’s been driving the past two seasons of the show. “Alaska” keeps on with this vignette-style direction, this time checking in with Al and Dwight for the first time this season, who have been tasked with mapping out locations in Virginia’s territory, checking for survivors, and assessing what led to the deaths of any walkers they find.

This is definitely more interesting than just another walker clearing job, and while the pacing of, “Alaska” is once again very slow at times, even by the standards of AMC’s Walking Dead TV universe, the final few minutes in particular make the journey well worth it. Even in the lead-up to this episode’s heartwarming result however, it’s still pretty satisfying to see Al and Dwight working as a well-oiled machine at this point. The two have struck up an unlikely, but potent friendship in the time since they started traveling with Morgan, and subsequently became separated from him. This makes sense, since both Al and Dwight are hardened survivors that have sustained many losses, plus they’re also both pining for the loss of someone special, who effectively serves as their current reason for carrying on. 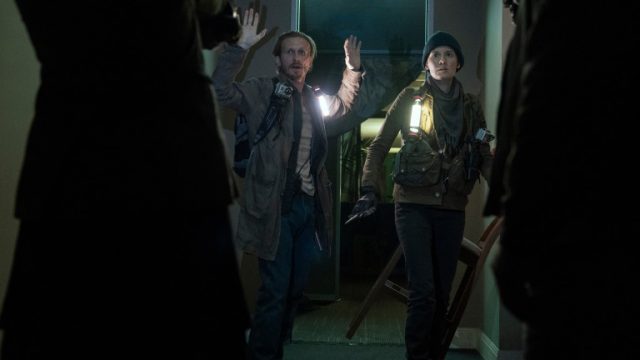 Regardless, while it was littered with more convenience and contrivance, the journey through the office complex still has some solid twists and turns, especially after Al and Dwight find themselves on a claustrophobic deadline to have Al make contact with Isabelle. The two also end up roping along another survivor, Nora, who has holed up in the office complex since the walker apocalypse began, alongside various co-workers that have all suffered Bubonic Plague from rat bites. Seriously. Because Fear the Walking Dead’s gotta Walking Dead, I suppose. As ridiculous as random plague rats in Texas seems on paper, I suppose it does mesh with the current, less grounded direction of Fear the Walking Dead as well, especially when Al eventually discovers that someone has intentionally infected the rats with the Bubonic Plague, and they seem to be the same people spraying graffiti that says, “The End is the Beginning.” How? Why? Who knows! The evidence appears to be building that the graffiti group are the mysterious enemies that Virginia’s Pioneers are currently at war with though! 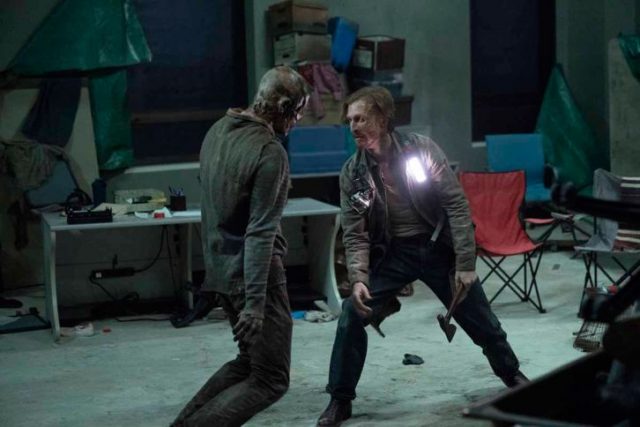 Compounding the drama is that Dwight also gets bitten by one of the plague rats, but this ends up being moot in the end. One of the sore spots in this otherwise solid episode is that its ending is very convenient to the narrative, to the point where its uplifting conclusion also feels way too specific to be believable. Regardless, Al makes it to the roof successfully, only to warn Isabelle away from the plague-infested office tower, without identifying herself. Al’s good deed and sacrifice leads to a tip-off about a supply crate containing tons of antibiotics and beer as well, allowing the surviving plague victims in the building (including Dwight) to be saved, while clearing Al and Dwight with Virginia, despite them venturing well outside of her territory. Like I said, it’s an extremely convenient ending, but hey, maybe Al’s carrying a lucky rabbit’s foot?

In fact, Al’s probably not the only one either! After Al fires a flare to warn away Isabelle, that same flare just so happens to be noticed by Sherry, who signals Al’s walkie, right when Dwight is back in earshot. Yes, it’s the mother of all coincidences, and it’s going to be completely unbelievable to some Walking Dead fans. Like I said though, Fear the Walking Dead doesn’t currently seem to be concerned with being all that believable. Besides, considering how relentlessly trying and depressing AMC’s Walking Dead shows often are, it’s actually kind of refreshing to get a no-nonsense happy ending for this week’s episode, even if Al’s arc ends on a more bittersweet note. Still, the ecstatic embracing between a freshly reunited Dwight and Sherry, right as the sun finally rises again, is a rewarding and welcome result to some of the sluggish and contrived moments that took place in the office complex. Happy endings are rare in any Walking Dead universe, so we should definitely appreciate them when we get them! 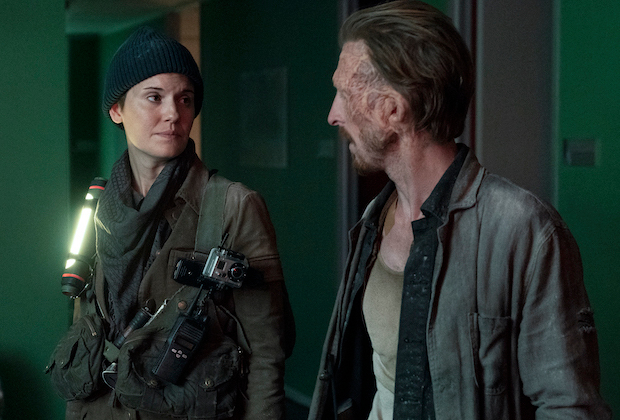 “Alaska” once again plays pretty fast and loose with realism or believability, but that direction still seems to be benefiting the formerly tired and dreary Fear the Walking Dead at this point. Not only that, but Al sacrificing her chance at love to give Dwight back his own special someone, even accidentally, is a pretty profound and heartwarming moment that’s well worth even some of the dull spots in this episode. Even during those dry spots though, the bulk of the storytelling surrounding Al’s and Dwight’s friendship helps keep things moving at a reasonable pace in most instances, and hopefully that dynamic improves even further now that Sherry has finally been found. It’s off to another survivor perspective next week though, so we won’t see the immediate fallout of Dwight reuniting with Sherry during this show’s next episode, sadly. Still, I have to say that I’m nonetheless willing to sacrifice some of the credibility behind Fear the Walking Dead’s scenarios, if it means that the show actually starts delivering sharper, more engaging storylines. Sure, that still makes Fear the Walking Dead the, “Diet” version of the flagship Walking Dead series, but at least this spin-off’s re-tooled direction is finally starting to get better.