Four episodes in, and The Walking Dead: World Beyond is still a total bore. It’s a shame, because I really, really want to like this show, especially considering that it’s supposed to be a cornerstone behind the development of the Civic Republic and the Alliance of the Three. Sadly though, “The Wrong End of a Telescope” once again botches what’s otherwise a fairly interesting idea, managing to splice a few solid character moments into what’s otherwise yet another boring, unfulfilling episode. My faith in this latest spin-off for AMC’s Walking Dead TV universe is officially starting to wear thin at this point, and with the first of The Walking Dead: World Beyond’s two planned seasons now coming up to its halfway point, it’s looking increasingly likely that this new show is simply a dud, even more than the first two seasons of Fear the Walking Dead were.

I do like the hook behind this episode though, in fairness. Virtually this entire episode is set within the ruins of a Nebraska high school, leaving the teens, now with Felix and Huck among their ranks, to get a glimpse at what life used to be like for people their age, before the walker apocalypse happened. This is such a cool idea, and it does lead to a few standout scenes. The best of these involves Iris and Silas continuing to bond in the school gym, while looking for supplies. After seeing what remains of some kind of school party, Silas reveals that he has a talent for ballroom dancing, and shows Iris how school dances might have unfolded. This is sweet, and makes for easily the best moment of character development in this entire episode. Hell, Silas is currently standing alongside Felix as one of the best characters on The Walking Dead: World Beyond overall at this point, so it’s great to see him continuing to get lots of narrative focus!

Outside of that though, so much of this week’s episode once again feels like watching paint dry. So many initially promising obstacles are just never used to their full potential. The worst of these is a wolf that’s taken up residence in the ruined high school, sustaining itself on walker meat, apparently. First of all, how are walkers still wandering around if this wolf has set up territory here for a while? Second, how is this wolf not quickly getting sick and dying after eating rotten, diseased walker meat almost exclusively? Third, if this episode is going to make a big show of the wolf being in the school, why is it never a real threat to the protagonists? Instead, the wolf is simply used as a convenient plot device for Iris and Silas, one that eventually forces them into a corner that ends up unleashing Silas’ repressed rage against an unlucky walker, or a metaphor for Hope’s and Iris’ lost father. 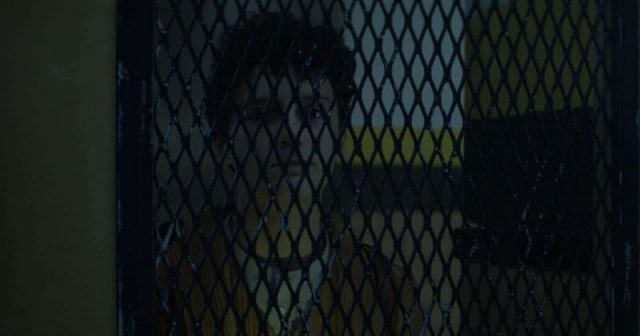 Oh yes, we finally get to see Leo Bennett in the flesh in this episode, at least within a flashback surrounding Hope. As Hope wanders the school’s ruins with Huck, she periodically recounts her father neglecting her and Iris in favour of his duties, before eventually taking up his current station at the CRM. This is meant to continue illustrating that Hope acted out for attention at Campus Colony, and simply wanted her father to notice and appreciate her own intelligence. This is also meant to show why Hope has mixed feelings about continuing on the journey to New York State, but this angst never really gels. Hope simply tells Huck that she used to have second thoughts, but now she just… Doesn’t? Sure, this is probably a little dishonest, but what’s the point of Hope going back and forth on whether she wants to be on this quest, beyond a contrived excuse to lead Felix and Huck to the teens?

By far the worst issue with this episode’s mostly boring storytelling however is that a good chunk of its drama is based around Felix and Huck trying to convince the teens to turn back and go home. This seems fine in concept, and makes some degree of sense, but there’s one major problem with this; We, the audience, already know that Campus Colony has been destroyed, and there’s nothing for the teens, nor Felix and Huck, to return to. This means that, inevitably, they’ll be forced onto their quest no matter what, making Felix’s and Huck’s efforts immediately pointless and tedious. Even Felix trying to coerce Elton into becoming something of a ‘mole’ among the teens, manipulating events so that they lose their nerve and want to go back to Campus Colony, doesn’t manage to register, because we already know it’s all for nothing. Perhaps it was a mistake to reveal that Elizabeth and the CRM destroyed Campus Colony in this show’s very first episode. The damage has been done though. Now it’s impossible to invest in stillborn drama about a ‘betrayal’ by Elton that obviously won’t matter in the end. 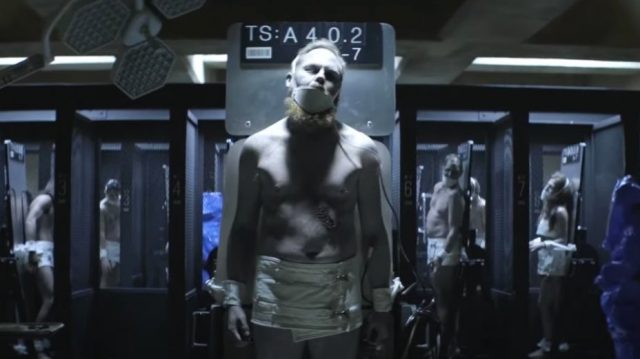 “The Wrong End of a Telescope” somewhat manages to salvage a bit of its narrative in the eleventh hour, thanks to, of all things, a post-credits scene. This appears to show Leo’s wife, or perhaps some other woman that’s important to him, working on the CRM’s previously-mentioned walker cure, by experimenting on the recently re-animated. Is this part of why the CRM massacred Campus Colony, so they could create fresh walkers for their research? That would actually be kind of interesting, but this promising turn nonetheless comes far too late in this episode to fix most of what came before it. “The Wrong End of a Telescope” is yet another instance of The Walking Dead: World Beyond layering some good character work amid a whole lot of tedious, unsatisfying filler material. This show is still too slow, dull and passive to hold a candle to either of its two sister shows, let alone genre television in general. I’m starting to run out of patience at this point. The Walking Dead: World Beyond needs a big shot in the arm, but now that its first season is coming up to the halfway mark next week, is it going to be too late by now?

The Walking Dead: World Beyond 1.4: "The Wrong End of a Telescope" Review
The Walking Dead: World Beyond squanders yet another promising hook this week, as the teens' group takes refuge in a ruined high school, allowing them to see glimpses of the adolescent world that used to be.
THE GOOD STUFF
THE NOT-SO-GOOD STUFF
2020-10-26
60%Overall Score
Reader Rating: (0 Votes)
0%