This morning, Microsoft revealed the next in its line of Xbox Series S|X controllers, which goes by the name of Pulse Red. It joins the three other available variants, which include Black, White and Shock Blue.

Featuring a very familiar shade of red, this new option is very similar to the Shock Blue pad. By that we mean that it’s almost all red, including its joysticks, bumpers and face buttons. The back remains a whitish grey.

It’s a really nice looking controller, and one that makes this particular writer wish he’d waited and not purchased the blue one the other week.

The Pulse Red Xbox Series S|X controller isn’t going to be available until the 9th of February, unless you live in China. For whatever reason it’s going to be sold there starting tomorrow. The price? $64.99 USD, meaning it’ll likely be $74.99 here in Canada. 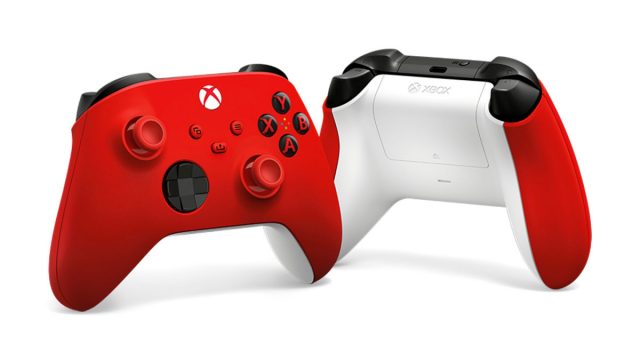