Black Lightning appears to be finally ironing out its overall direction for its fourth and final season this week. The Pierce family drama started to gel a lot more in this latest episode, and while there are still a couple of character arcs that feel glossed over, particularly where Anissa and Jennifer are concerned, Jefferson and Lynn at least finally start finding their way for Black Lightning’s final selection of episodes here. “The Book of Reconstruction: Chapter Three: Despite All My Rage…” doesn’t completely break away from the increasingly tedious Jefferson/Lynn squabbling, but in finally separating these two characters onto their own paths of resolution and reconciliation, the storytelling starts managing to become more interesting, while pushing the show’s narrative to some truly untapped territory.

Better still is that Black Lightning’s villains remain engaging as ever this week, even if the Kobra Cartel is briefly sidelined in this case. Instead, Lala and The 100 take up a heavy amount of focus in this episode, as Jefferson’s desperate Garfield colleague, Marcel Payton starts fighting in remote-broadcast underground cage fights for Lala. Marcel’s identity may be protected by Lala’s software, but when Jefferson nonetheless sees that Marcel has been suffering mysterious injuries, he investigates of his own accord, once again refusing to take up his Black Lightning mantle in the process. One thing that’s refreshing in this case though is that Jefferson is no longer basing his hatred of his Black Lightning identity around a childish temper tantrum. Instead, he’s more reasonably trying to do good as Jefferson Pierce, even if it’s just making a difference for one person. 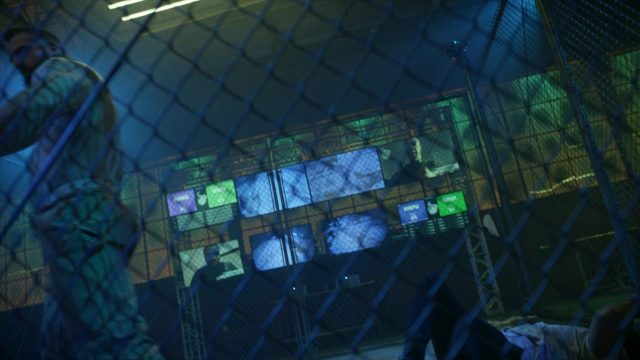 Of course, this would have gone down a little better if Jefferson participating in a fight against Lala’s over-sized champion wasn’t so lamely choreographed. Between this and the terrible Batwoman choreography from the previous night, The CW really isn’t having a good week for action direction. Beyond that though, Jefferson getting to vent some of his rage in Lala’s ring works to give him a surprising outlet while he refuses to don Black Lightning’s gear, while also nicely leading into him bailing out Marcel with his old family home. Jefferson putting up Marcel, while getting him out of the fight game, feels like a smartly grounded way for Jefferson to go back to being a more everyday hero, and not just a super-powered thug that’s constantly being pushed to his bitter limits by the endless violence in Freeland.

Similarly, Lynn also undergoes a fulfilling character journey in her own right this week, once again fueled by the Pierce parents’ therapist, Dr. Bowlan. It’s through Lynn’s latest session that she comes to realize she’s trying to force herself to fit in where she doesn’t actually belong, but what’s most exciting about this breakthrough isn’t Lynn’s positive development, it’s the fact that she finally opens up about her family history! Black Lightning has been weirdly skittish about addressing Lynn’s family background before now, and a key revelation from Lynn during this episode may explain why– Lynn’s brother is John Stewart, a character that serves as one of the most famous Green Lantern personalities in DC Comics lore! This long-rumoured Stewart family connection was only recently made solid by DC, specifically in HBO Max’s (formerly DC Universe’s) resurrected DC animated series, Young Justice, and Lynn confirming that this Stewart family connection also exists in the Arrowverse definitely has far-reaching implications!

The first and most obvious of these is that Lynn’s arc in this episode starts finally teasing a tie-in to the larger Arrowverse for Black Lightning, outside of Jefferson’s and Jennifer’s passing involvement with the history-making Crisis on Infinite Earths crossover event from 2019 and 2020. This is because Arrow has already seemingly confirmed that one of its vigilante leads, John Diggle’s true identity is John Diggle-Stewart, effectively setting up Diggle to become the Arrowverse’s resident Green Lantern, something that was further teased during Arrow’s final episode last year, and teased again when Diggle’s actor, David Ramsey recently inked a huge overall deal with The CW to re-appear as Diggle in various Arrowverse shows this season. Considering that Lynn recounts her obsession with duty coming from her parents and brother all being military devotees, complete with John leaving college to join the army (an origin story that’s definitely consistent with Diggle’s backstory from Arrow), it does seem like Black Lightning is finally going to start taking advantage of being folded into the Arrowverse after Crisis on Infinite Earths, even if it’s right when the show is entering its final stretch this year.

Regardless of how the big John Stewart tease pans out though, Lynn once again finds herself roped into the orbit of Tobias this week, after Tobias exploits the latest rift in Jefferson’s and Lynn’s relationship. Upon tricking Lynn into a dinner, via sending a bouquet of flowers and a note that predictably leads to Lynn believing that Jefferson wants to take her out, Tobias petitions Lynn to help him on a project curing ALS, supposedly for a friend. This seems like an outwardly benign, well-meaning recognition of Lynn’s talents as a geneticist (as Tobias says, even a broken clock is right twice a day), and considering that Lynn has decided to embrace her own talents, and not constantly compare herself to her family, it’s an opportune time for Tobias to enlist her help. Better still is that this episode ends with Jefferson seeing Tobias’ note, ironically believing that Lynn is inviting him out to dinner, only to see that Lynn is dining with Tobias. Tobias raising a glass to Jefferson before he walks out in a panic is a brilliant two-pronged assault on the Pierce family, ensuring that Tobias is both getting under Jefferson’s skin, while also poaching Lynn for what could potentially be a nefarious endeavour.

Beyond Jefferson and Lynn, there were several smaller character arcs filling out what seems to be a rather busy episode for Black Lightning this week, some of which feel more impactful than others. Gambi ends up smuggling a DEG out of Monavista for example, to get a proper analysis from T.C., and it’s here where the two learn that Jefferson’s old super suit is helpless to stop even the lowest setting of shots! Clearly, Monavista is about to become a dangerous obstacle for the Pierce family! Meanwhile, Jennifer tries to improve a slanted news narrative, following her destructive attack on the warring gangsters from a couple of episodes ago, which leads to Lightning gaining a new social media presence, right when Jennifer starts destabilizing after spending so much time in the Ionosphere. These story arcs have potential, but the overall storytelling surrounding Jennifer feels a bit slapdash this week, especially when it’s diverting attention away from better developments surrounding Jefferson, Lynn, Tobias and Lala. 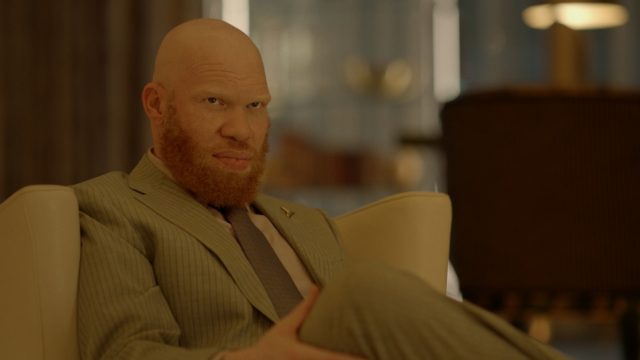 Finally, Anissa also sees Grace awaken from her coma in this episode, allowing the two to quickly get married, unbeknownst to the rest of the Pierce family, which lands with a spectacular thud. The Anissa/Grace drama has been a persistent problem area throughout Black Lightning’s run, and Grace suddenly waking up, just in time to quickly marry Anissa in the hospital, doesn’t make such a supposedly emotional turn feel effectively earned at this point, especially when Grace’s coma was pretty damn contrived to begin with. Even so, “The Book of Reconstruction: Chapter Three: Despite All My Rage…” represents a considerable uptick for Black Lightning this week, helping the show’s core narrative threads become far more interesting and cohesive, while continuing to boost the mechanics and scope behind the villain plots. Anissa and Jennifer still feel too lost in the narrative shuffle for now, but it’s good to see the Pierce family finally starting to find their place in Black Lightning’s final season arc, especially when they’ve previously spent the show’s final episodes doing nothing but arguing about issues they really should have put behind them by now.

Black Lightning 4.3: "The Book of Reconstruction: Chapter Three: Despite All My Rage..." Review
Black Lightning sees a significant uptick this week, finally allowing Jefferson and Lynn to find a compelling direction in the narrative, while Anissa and Jennifer continue to get lost in the shuffle.
THE GOOD STUFF
THE NOT-SO-GOOD STUFF
2021-02-23
82%Overall Score
Reader Rating: (0 Votes)
0%