The Flash has had a rough start to Season 7 so far, possibly due to its former plans for Season 6’s conclusion being considerably compromised by COVID-19 complications. This left the show’s otherwise superb Eva McCulloch storyline ending on a very sour note over the past three weeks, as Season 6’s planned finale failed to translate into being a satisfying premiere for Season 7. Fortunately, now that ‘Mirror Monarch’ has returned to the MirrorVerse, and the latest threat to Central City has thus been averted, The Flash can start moving on to a different storyline and a different threat, even with the ranks of Team Flash undergoing a bit of a shuffle, following the loss of Ralph and Wells.

“Central City Strong” leans into the idea that barely any time has passed since Eva/Mirror Monarch was stopped from replacing everyone in Central City with a MirrorVerse duplicate, now showcasing the citizens of Central City, along with Team Flash, rebuilding and recovering from their trauma pretty much in real time, rather than The CW’s usual formula of picking up a new season of The Flash after several months have passed both in-universe and in the real world. This presents an interesting new idea for the show’s lead characters, most notably Barry and Iris, who must cope with the fact that Iris spent a long while in the MirrorVerse, while Barry failed to notice that his spouse had been replaced by a duplicate.

Barry has tried to respond to this emotional trauma by spoiling Iris more than ever, while Iris finds herself refusing to acknowledge what she felt after her time in the MirrorVerse, something that eventually provokes Allegra to speak up about Iris’ sub-par MirrorVerse reporting. This already serves as a strong, emotionally-driven core plot for both Barry and Iris, restoring a lot of The Flash’s character appeal after a frustratingly weak conclusion to Eva McCulloch’s villainous campaign. Perhaps the show really did just need to move on from the Mirror Monarch storyline. The Flash is already showing plenty of signs of recovery in this episode, as Barry and Iris approach their latest bit of trauma with genuinely believable and relatable challenges.

This episode even brings back a high-profile Flash villain to boot, that being David Dastmalchian’s Abra Kadabra! Kadabra has had disappointingly little presence on The Flash up to this point, making his previous appearance all the way back during Season 3, where he was used to foreshadow Season 4’s big bad, Clifford DeVoe/The Thinker. Apparently, this is because Kadabra somehow escaped execution, went back to the 64th Century, and found a wife, even having a son, following his previous encounter with Team Flash… But that was on the Pre-Crisis Earth-1, The Flash’s former home universe that was destroyed during Crisis on Infinite Earths. After Kadabra is plagued by dreams of the family he never had, a convenient memory-restoring device by Cisco that Kadabra finds in the Flash Museum thus tips Kadabra off to the fact that he’s living in a new universe, with one of the innumerable changes to Earth-Prime’s history being that Kadabra’s wife and child no longer exist. 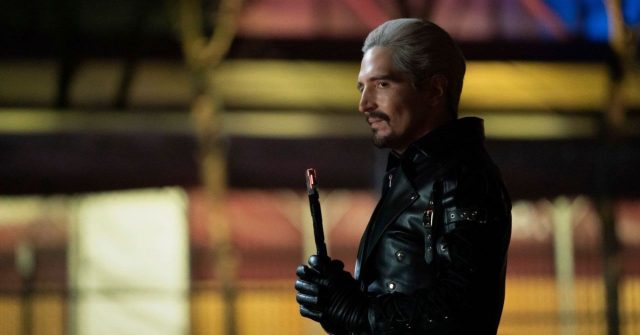 This is the latest inspired way that The Flash has continued to explore the myriad consequences left in the fallout of Crisis on Infinite Earths, which appears to be the Arrowverse’s biggest watershed moment, a la the Thanos Snap of the Marvel Cinematic Universe. Granted, Kadabra’s revenge plot, wherein he creates Valorium to build an Antimatter Bomb, even stealing some of said Valorium from a convenient vault at A.R.G.U.S. HQ, is a little contrived and silly, but Kadabra’s presence does nonetheless once again foreshadow the next major threat that appears to be coming to Team Flash. Specifically, after Barry tries and fails to chase down Kadabra, he realizes that Kadabra can’t be directly confronted, leaving Barry with no choice but to deduce Kadabra’s reason for revenge, and try to talk him out of it.

Okay, sure, this is the latest, “Take a shot” moment for the Arrowverse, where someone unrealistically solves an otherwise deadly, impenetrable problem with a simple pep talk, but in this case, it does kind of fit with Season 7’s current theme, and the next major arch-villain that appears to be on the way for The Flash. In defeating Kadabra without throwing a single punch, Barry conquers a problem that can’t be solved with sheer strength, but instead with Barry’s emotional wisdom after years of facing various threats to Central City, and the world at large. That’s crucial, because after Barry stops Kadabra, a hulking behemoth suddenly attacks! The mystery woman (at least, I think it’s a woman?) not only absorbs energy and becomes more powerful from both Kadabra’s bomb and Barry’s lightning as well, but she even kills Kadabra before escaping! Whoa! 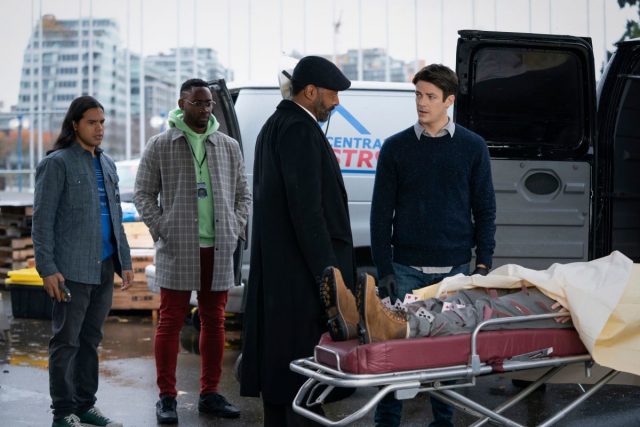 The unexpected death of Abra Kadabra could be undone in the future, I suppose. He is a time traveler, after all. Still, the shock of a major Flash villain from DC Comics lore being killed off like this nicely illustrates just how dangerous the coming threat to Central City is. If I had to guess, considering the rampant evidence, I’d estimate that Barry and Iris restoring the Speed Force has effectively weakened the barriers surrounding the other ‘Forces’ that have been established as metaphysical, all-encompassing entities in the DC Universe. This behemoth-like foe was no doubt created from the Strength Force, which feeds on potential and kinetic energy, and could grant potentially limitless physical power to anyone that comes to embody it. In fact, the main avatar of the Strength Force in DC Comics lore is one Alexa Antigone, a.k.a. Fuerza, and she could very well be the mysterious monster that attacked and killed Kadabra. Like I said, the mystery behemoth appeared to be female, and I’d be very surprised if she was just some random woman, considering that the Strength Force has a well-established female avatar in DC lore.

Regardless, Kadabra’s death helps to shake Iris out of her denial, and motivates her to seek help for her MirrorVerse trauma, while Barry finally learns to relax and accept that Eva’s actions aren’t his fault. This is a good final result, as is Allegra being promoted to a staff writer at the Citizen, which should give her something meaningful to do, now that that Nash Wells is dead. The rest of the storytelling for Team Flash did feel a little unsatisfying this week though, particularly an otherwise interesting Caitlin/Frost turn, which almost feels like an afterthought. After both suffer mysterious headaches, Caitlin and Frost suddenly split into two separate people off-screen, which should admittedly create an interesting new status quo for Team Flash. Also, while it once again gets little focus, it is cool to see that Cisco and Chester have quite a good rapport with each other, something that I hope will fill the void of Team Flash lacking a Wells figure, at least for now. 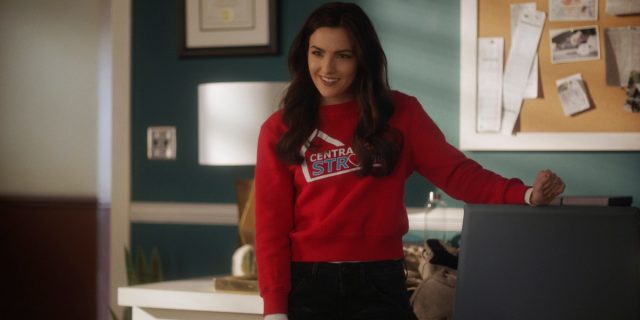 “Central City Strong” seems to right the ship for The Flash, now that the series can finally move on from the disappointing ending of its Mirror Monarch storyline. The idea of activating other metaphysical variables like the Strength Force, Sage Force and Still Force in the Arrowverse should nicely shake up the usual threats facing Team Flash, even if the death of Abra Kadabra (which is hopefully reversed at some point!), leaves yet another major Flash villain from DC lore criminally underused on this show. After the laughable way that they ultimately defeated Eva however, it’s nonetheless good to see Barry and Iris once again confronting more believably human issues like trauma and inadequacy. Allegra getting a big promotion at the Citizen is also a great idea, since I’d otherwise have to question why she’s still hanging around in the post-Black Hole and post-Nash Wells era.

Finally, we can kick off the proper plans that were always in place for Season 7 of The Flash, and so far, they’re another welcome breath of fresh air for the series! In fact, four times the Forces could mean four times more flexibility with villains and challenges to come. Suddenly, it may no longer matter if Barry is, “Fast enough.”

The Flash 7.4: "Central City Strong" Review
The Flash rebounds with the start of a promising new era for Season 7 proper this week, as the return of Abra Kadabra foreshadows some major metaphysical instability coming to the Arrowverse.
THE GOOD STUFF
THE NOT-SO-GOOD STUFF
2021-03-24
84%Overall Score
Reader Rating: (0 Votes)
0%