The horror genre is so diverse that its many types and their descriptors can become both overwhelming and confusing. While I’ve always been most interested in paranormal stories, tales from the slasher archetype and thrillers, there’s a lot I’ve yet to explore. It’s something that I want to do now, to not only find new favourites but broaden my horizons. For that reason, I requested a review copy of Cemetery Dance’s The Fade by James Cooper. It sounded interesting, had a unique premise and comes from an author I’d never heard of before.

The Fade is an odd little tale that won’t take you too long to read if you decide to do so. It features two different but connected storylines, involving a troubled family and an even more troubled outcast of an ice cream man.

The former is mostly told through the eyes of a teenager named Saul, whose brother (Philip) is struggling with a disorder that makes him deface his body and feel deceased while living. His mental illness is taking a great toll on his family, and has created chaos due to the tension and fear of the unknown it brings forward. The father is a drunk who is quick to yell and blame Philip, the mother tries to keep things stable despite her splintering sanity and young daughter Amy does her best to keep everyone happy while trying to be a kid herself. Then there’s Saul, who’s looked upon as the good son, and is doing everything he can to both understand and help his brother, not to mention the rest of his family. 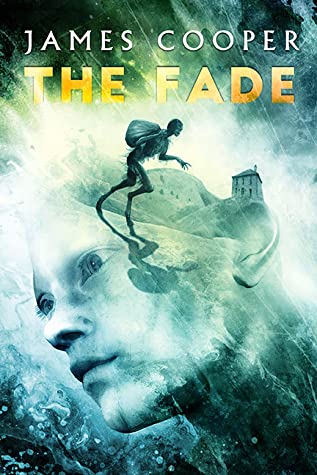 Another central character is introduced later on, and his name is Hilary Bunce. A balding, obsese and (likely) incel, the twenty or thirty-something works as an ice cream man in one of those jingle-filled trucks. Every day the truck’s take is brought back to Bunce’s father, who is a relatively nice man who’s also troubled himself. You see, their family dynamic is also quite problematic. After losing his wife, Bunce Sr. met and married an awful woman named Fliss, who moved in with he and his two sons.

Harassed, bullied and bothered by kids along his route, Hilary becomes frustrated to the point of issue. In doing so, he invokes his safe place, which he calls the Fade. This is the same remote, arid, odd and other-worldly dimension that Saul’s brother Philip travels to whenever he feels the need to be alone. Nobody knows this, though, because he tends to keep it secret, as does Bunce. They simply fade out of existence and enter the massive desert that is this other world.

Things aren’t exactly good or safe in the Fade, but it’s an escape for the two troubled boys. It just so happens to be traversed and protected by a skinny, shadowy man with a big sack named Pappy, whose job it is to clean the place up. He lives in a big grey house in the hills that flank the desert, and those who visit the realm do not want to come into contact with him, else they risk losing themselves.

Needless to say, this is a pretty unique story that is heavily centred on themes involving troubled families, mental illness, grief, death and depression. It has an interesting premise and idea behind it, but doesn’t reach the heights that both could’ve produced. That said, it’s a solid read despite this. I wouldn’t say it’s scary, though it is definitely weird, surreal and thought provoking, making it good for those who like strange horror in the vein of Lovecraft.

For the most part, the writing found in James Cooper’s second novel, The Fade, is solid. It’s not spectacular, but it doesn’t need to be and is pretty good for a debut effort. There were some issues, though, including an instance where Saul’s narration switched from third to first-person and then back again, over the course of a couple of pages.

If you’re looking for a different type of read, The Fade by James Cooper is worth checking out. It won’t win any awards, but it’s a pretty interesting way to spend several hours. I just wish that there’d been more to it, and that it had more depth.

This review is based on a physical copy of the book, which the publisher (Cemetery Dance) provided.