Back in May of 2017, Stephen King and Cemetery Dance’s Richard Chizmar released a joint effort in the form of a coming-of-age novella. Entitled Gwendy’s Button Box, the less than two hundred page long book told the story of a young girl who was given a type of Pandora’s Box, which possessed the power required to destroy the world. Now, less than three years later, Gwendy is back in a second novella, which continues her story more than a decade later.

Before we get to the sequel, which goes by the name of Gwendy’s Magic Feather, and was penned by only Mr. Richard Chizmar, it’s important to take a moment to talk about the first book in what will apparently be a trilogy. To say that I liked Gwendy’s Button Box when I first read it, back in late 2017, would be understating things. I went into it without much knowledge, and with the same high expectations that I go into every Stephen King book with, and came away very impressed. It’s a very well-written, interesting, thought provoking and memorable story, which has been impossible to forget. It is also one of the master of horror’s most underrated and under-appreciated works, joining Under the Dome, The Running Man and Everything’s Eventual.

Although I received an Advanced Reading Copy of this sequel more than a month ago, I’ve had a lot on my plate and didn’t get reading it until this past week. In fact, I just finished it, less than an hour before beginning this review. Also, since it’d been a few years since I’d last read the first novella, I actually went back and re-read that before moving on to this, so that it’d be fresh in my mind. I’m glad I did, too, because I was in need of a refresh.

It’s tough for me to get excited about anything these days, but I definitely was both excited and intrigued about what I’d find within the just over 200 pages of Gwendy’s Magic Feather. I knew that Stephen King hadn’t written it, but also knew that Richard Chizmar had done an excellent job in partnership with him during the first go around. Thus, I was optimistic that this sequel would end up being close to as good as its predecessor was. Unfortunately, that didn’t end up being the case, as while I didn’t dislike this book in any way, it didn’t come close to reaching those heights, and honestly felt a bit unnecessary. I hate saying that, but it’s how I feel after spending several hours with it. 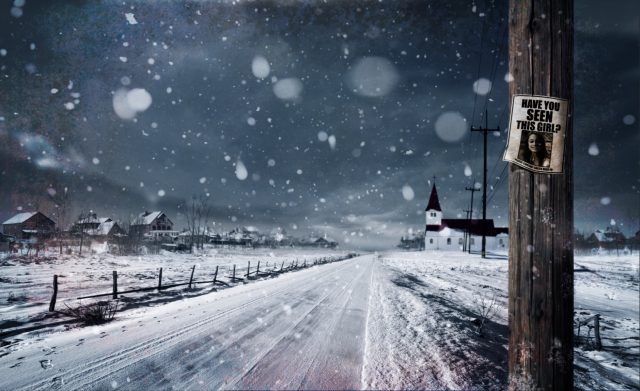 Gwendy’s Magic Feather doesn’t pick up immediately following the events of the first book, and for good reason. After all, Mr. Richard Farris — the enigmatic man in black — took the button box from Gwendy during the original’s final scene. At that point, she had no interest in keeping the mysterious box, or continuing to deal with the responsibility that came with taking care of something so dangerous. She’d seen what it was capable of, including obliterating an attacker who bludgeoned the first boy she ever loved to death with it, as well as causing the Jonestown Massacre. It wouldn’t have made much sense to resume her story there, so the author decided to jump into the future, to 1999, where 37 year-old Gwendy Peterson is working as a Democratic Congresswoman in Washington, D.C.

Beginning during the last half of December, the book chronicles Gwendy’s life through the dawn of the new millennium. In doing so, it presents her with more moral dilemmas and personal conflicts, including the return of the ever dangerous, but also helpful, button box.

At this time in Gwendy’s life, she’s happily married, fit, successful and living a great life that is devoid of any financial worries. That said, her life isn’t perfect. She’s still haunted by the events of her past, during the years when she took care of the button box. On top of that, her mother has been fighting cancer and, while the prognosis seems positive, the worry never leaves. It also doesn’t help that the current President of the United States is a loudmouthed moron, who is engaged in a war of stupid words with another nation.

On top of all of the above, Gwendy’s hometown of Castle Rock, Maine — which Stephen King created and used as the backdrop for numerous books and stories — is dealing with a shocking mystery involving two missing girls, both of whom are fourteen. When our heroine returns home during the government’s holiday break, she becomes entangled in this mystery, thanks to her close ties to current Sheriff Ridgewick. 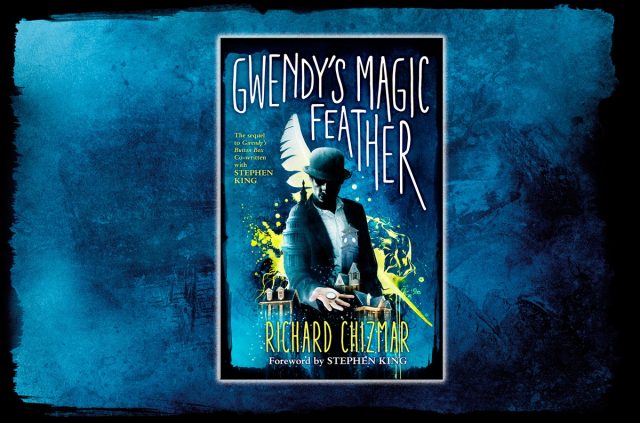 While Gwendy’s Button Box managed to mix a great coming-of-age story with the foreboding darkness, morality and general mystery of a good thriller and light horror story, Gwendy’s Magic Feather never manages to be anywhere close to as good. It really takes its time setting adult Gwendy up, and dawdles a lot in the process. While I appreciate good character development, this book’s biggest problem is that it overdoes it. That overload of character development ends up overshadowing and hurting the mystery of the missing girls, the return of the button box and anything that could’ve made it great. While I appreciate that the focus has always been on the character and her life, thoughts and morality, it was taken a step too far here, to the story’s detriment.

That said, Gwendy was such an endearing, loveable and deep character in the first book, that I still found some enjoyment in reading about what happened to her after its final pages. To say that she’s lived an interesting life would be an understatement, and while the case of the missing girls and the mystery of the button box really took second and third stage here, I continued reading because I was interested in the character and her family, including her mother’s health struggles. I was, however, disappointed that the button box almost felt like an afterthought at times, even though it was mentioned pretty often. The title also suggests that a magic feather will play a big role, but it is very much like the button box, in that it’s kind of an afterthought within what is a merely decent family drama and character study.

For the most part, the writing is pretty solid. It’s not up to the level of the first book, nor is it as well written as most of Stephen King’s works, but that’s okay. There are some great descriptors to be found within, and the town of Castle Rock is described and utilized pretty well. This novella also pays homage to some of King’s stories and characters, including Cujo and Pop Merill. There were also some moments where things felt a bit forced, as if Richard Chizmar was trying to be as much like his friend as possible.

I should also note that, much like the original, this sequel features several illustrations. They’re all black and white, but are quite nice and well done. They fit the type of story that this is, too, and add to the reading experience in a positive way.

At the end of the day, this was a disappointing read. I won’t lie and say that it wasn’t, even though it pains me a bit to say so. After being such a huge fan of the original book, I was excited to get my hands on and finally read this sequel. However, at the end of the day, it wasn’t all that great, nor up to par with its predecessor. It’s not a bad book by any means, but it’s also not that great either.

This review is based on a book that we were provided with. Thank you to Cemetery Dance for the review copy, and for shipping it with such care.