Doctor Who made the wise decision to briefly step away from the narrative bombs dropped in the wake of last week’s stellar episode, “Fugitive of the Judoon”, with the self-contained mystery it had to offer this week. Unfortunately, this also meant going back to a more disposable mystery-of-the-week format, one that once again botches an environmental theme, because this season’s low point of, “Orphan 55” was apparently a recipe worth repeating. Now, on the bright side, “Praxeus” is at least better than, “Orphan 55.” The bad news however is that, “Praxeus” still isn’t that great, being a serviceable, but ultimately forgettable episode that makes too little of an impact on the viewer, while not saying anything particularly valuable about the state of the environment nor the planet.

The episode begins interestingly enough, with two mysterious deaths occurring on separate continents in the present day. A young woman in South America, and a man off the coast of Madagascar, are both turned to scaly husks and disintegrate, by some unknown means. Naturally, The Doctor sends her companions to separate locations so they can investigate, while going to Madagascar herself, and the result is a rather uneven Doctor Who episode that’s full of decent, albeit hasty character drama, and no shortage of contrivances. Granted, some degree of contrivances are par for the course in Doctor Who, but it seems like this season in particular has really strained its credibility with some of them. That really comes into focus in this latest effort to have a humanity-focused plot that takes place on Earth, something that most of this season should consider just not doing much of after this, given its checkered plot history so far.

I do however like the idea of an alien pathogen that manifests on Earth in a bizarre way, which is ultimately the culprit behind the mysterious disintegrating deaths. That said, the reveal behind the pathogen is frustratingly weak and illogical, especially when the hazmat suit-wearing villains-of-the-week can’t ultimately be unmasked as humans from another planet during The Doctor’s first encounter with them. It’s sort of implied that the ‘people’ in the hazmat suits are essentially aliens in their own right, but they look, talk and act exactly like humans, and aren’t given another designation, so there’s no logical reason why The Doctor can’t determine their identity through their protective suits, especially when the suits are seemingly inconsistent about whether or not they can be removed, depending on what the plot demands in any given scene. Sure, these alien hazmat suits have, “Bio-shielding”, but even in last week’s superb episode, that sounded like a lazy excuse to prolong a mystery, and delay a big reveal.

Compounding the issues with this episode is that its environmental themes are once again really insipid and tedious. Again, I like the idea behind the alien pathogen, especially when it’s transmitted through birds, and metastasizes in micro-plastics. The plastic idea in particular is actually really creative, and could have been an interesting way to highlight just how much humanity has become dependent on plastics over the past several decades, without being obnoxious and spelling it out for the audience. The thing is though, this alien pathogen basically works according to its own inconsistent rules, immediately killing some characters, taking its time with others, and never really having a clearly-defined scale of virulence. Not only that, but the initial mystery occurring when the virus, Praxeus is first distributed through birds, which are then manipulated and exploited to infect every human on Earth in a way that’s never given a valid explanation, is a huge missed opportunity. I must stress again that I do like the idea of an alien race using Earth and humans as a petri dish to find a cure for an extraterrestrial disease that’s infected them, but when the environmental message is that we should never produce waste because we might get infected by an alien virus (which is both stupid and unrealistic, especially since all living things produce waste), and the ‘aliens’ in question (which are basically just regular people that happen to live on some other planet), inexplicably try to infect the entire planet when they really don’t need to, it doesn’t help this episode’s themes, it just undermines them. 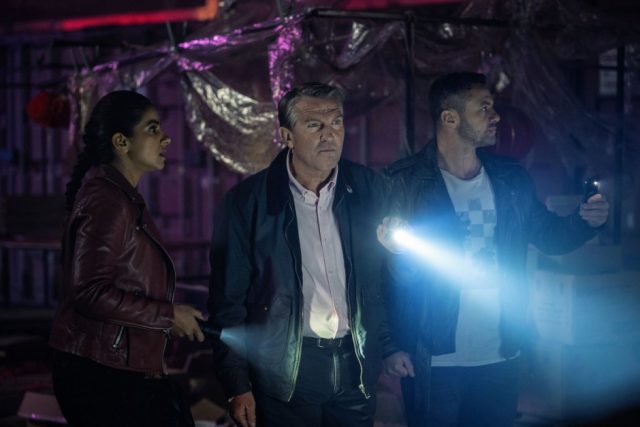 This is actually a problem that, “Praxeus” does have in common with, “Orphan 55”; It gets greedy with its environmental messaging by over-exaggerating the scale of the conflict behind the episode, while at the same time not saying anything definitive about how to address the issue it brings up, nor providing any reasonable motive to believe what it’s arguing, especially when the storyline is so contrived and stupid. There are times where the pro-human themes do shine through in this episode though, especially when people related to the Praxeus victims become temporary companions of The Doctor in their own right, and mend their own personal issues through trying to combat Praxeus. That kind of material, while somewhat hasty at times here, is representative of what Doctor Who can achieve as what’s ultimately supposed to be an inspiring show about the power of human growth and development in a strange universe, one that never really provides us with any concrete answers about who we are, and why we exist. As much as this show is a fantastical odyssey through the most imaginative reaches of time and space first and foremost, it’s these little, effective human moments that make Doctor Who feel like it can speak to the heart as much as the mind, even when the show looks and feels very corny.

That being said, as much as we’re seeing a guest character find renewed purpose without their best friend, or an estranged couple mend their relationship through confronting emotional shortcomings during a tragedy, these moments are still undermined by being stuck within a story that’s only truly good in concept. The idea that a spaceship magically creates a world of plastic underneath the Indian Ocean is absurd, but that could have fit with the tone of Doctor Who, had the show also not tried to force the idea that people are once again obliterating nature simply by existing. That idea is not only illogical and self-defeating, but it also goes completely against the wholesome humanitarian inspiration that Doctor Who is supposed to be about. Like I said in my review of, “Orphan 55” a few weeks ago, I don’t think that the new Chris Chibnall era of Doctor Who is all bad ideas, nor do I think that the Thirteenth Doctor and her renewed focus on being educational is bad. When Chibnall’s episodes fail though, they fail hard, because the lesser Chibnall episodes especially do seem guilty of being more concerned with pushing a political message than actually telling a good story with good characterization. As I’ve already said, no matter how valid or urgent your message is, if it’s crammed into a bad episode, then no one is going to care about the message. It seems like several high-profile modern genre shows, not just Doctor Who, have forgotten this. 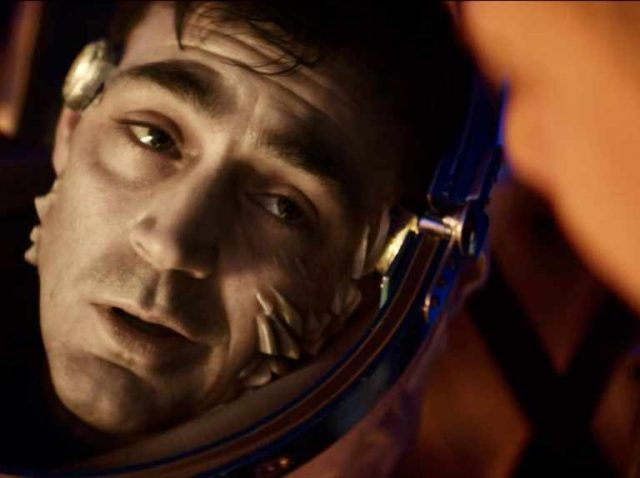 So, this leaves, “Praxeus” as an unremarkable and unmemorable Doctor Who episode, one that sadly squanders a solid premise, even if it does have a few good moments of inspired character. This episode is also at least slightly elevated by the fact that it’s not quite as much of a misfire for the show as the dismal, “Orphan 55”, since this week’s Doctor Who episode is more average than truly bad. Even then though, there are too many contrivances in this storyline, even by Doctor Who standards, and this is made worse by environmental themes that don’t feel that smart or insightful. The morally ambiguous villains-of-the-week are also far too ill-defined, and simply do as the script demands, as does the Praxeus virus itself, which feels like another way to push an environmental theme that the show clearly isn’t clever enough to fully realize. That’s a depressing thought for a show like Doctor Who too, which can be one of the most deceptively brilliant sci-fi shows of all time when it’s on its A-game. At least we seem to be going back to a historical setting next week though, so that will hopefully mark another break from botched attempts to ‘get woke’, so we can go back to focusing on storylines that can be good on their own merits.

Doctor Who 12.6: "Praxeus" Review
Doctor Who stumbles again with another botched environmental-themed episode in, "Praxeus", undermining a solid premise and characterization with a storyline that's too frequently contrived and tedious.
THE GOOD STUFF
THE NOT-SO-GOOD STUFF
2020-02-03
65%Overall Score
Reader Rating: (0 Votes)
0%