When we hear of Stephen King, he’s always referred to as being ‘The Master of Horror’ or something to that extent. What a lot of people don’t seem to know is that Mr. King has actually dabbled in different genres during the course of his incredible career, including fantasy (with titles like The Eyes of the Dragon and The Dark Tower) and hard case crime, with examples of the latter being The Colorado Kid, Joyland and the books that make up the Bill Hodges Trilogy. Thus, while he’s definitely the most popular, successful and renowned horror fiction writer, there’s more to Stephen King than spooks and scares.

Following the relatively recent releases of Billy Summers — which was another more grounded, crime-filled story about an assassin — and Gwendy’s Final Task, Stephen King has returned with a new book in time for fall. As those who follow him know, it’s called Fairy Tale, but this review is being written for all.

Fairy Tale is the story of Charlie Reade — a high school student and well rounded athlete with a slightly checkered past and heavy conscience — who finds himself a celebrated local hero. You see, as he was coming home one day, Charlie heard the cries of the local monster; a formerly vicious and almost mythological German Shepherd named Radar. Upon hearing her cries, Charlie made the brave decision to enter Radar’s property and walk past what kids always referred to as the local haunted house, for lack of a better term, that being the home of the reclusive Mr. Bowditch. After making that decision and hoping he wouldn’t regret it, Charlie ended up finding Mr. Bowditch sprawled near the steps with a badly broken leg, and called the authorities who took him to the hospital closest to their homes in Sentry, Illinois. There, Mr. Bowditch was treated for a bad break, and had lots of metal put into and on his leg.

This opening, which involves a lot of talk about Charlie’s deceased mom and alcoholic dad, results in him offering to be Radar’s caregiver while the strange and reclusive old man is in the hospital. As you’d expect, it also leads to discoveries in what is a very cluttered and old fashioned home, which seems to have been ripped out of an older decade. Eventually, Charlie learns that Mr. Bowditch has been keeping a very important secret involving a magical staircase and another world. One which Charlie decides to visit in order to help his new friend Radar. 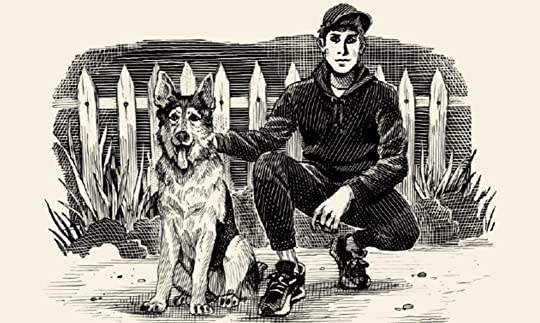 Having obviously been inspired by the likes of Alice in Wonderland, The Chronicles of Narnia and The Wizard of Oz, as well as popular fairy tales, Stephen King’s Fairy Tale is the author’s take on such a story. It’s full of a lot of the tropes, items, settings and scenarios that one would expect to find in such a narrative, albeit with a darkened twist. After all, as he says a number of times, Charlie isn’t a Disney character.

I can’t say much more for fear of spoiling the plot, and worry that I’ve already said too much. For that reason I’ll stop here.

Moving on, I must admit that I’ve never been a big fan of fantasy. There are stories, movies, TV shows and games from the genre that I’ve thoroughly enjoyed, but I’ve struggled to find enjoyment in many others. Then again, there are different types of fantasy. For instance, I wanted to read all of the A Song of Ice and Fire books before I watched A Game of Thrones, but couldn’t get through the second book despite more than one attempt and still haven’t seen more than the first season of the TV show. On top of that, I didn’t particularly enjoy The Gunslinger by Stephen King when I read it in high school, and found it kind of hard to follow. Both books had too much going on, and just weren’t really for me. I do, however, now own two copies of The Gunslinger, along with the rest of The Dark Tower series, and hope to read it all in my quest to read everything that Stephen King has ever published.

Due to the above, I wasn’t as excited for Fairy Tale as some others were, but I was still excited. I also didn’t enjoy it as much as the others who glowed about it online, and gave it 5 stars on GoodReads. Unfortunately, I just didn’t find it to be as good of a book as they did, but that’s okay. After all, opinions differ. That said, I didn’t find it bad or dislike it in any way.

Once I was able to borrow it from the library — after waiting a few weeks post release — I excitedly sat down to start Fairy Tale before a hockey game came on. I immediately became hooked, and loved the beginning of the story; especially the relationship between Charlie and Mr. Bowditch, not to mention Radar herself. Although it took a while for the fantasy elements to kick in, I honestly didn’t mind at all because I was enjoying the story. When they did, I found that I didn’t enjoy things as much. Some of the middle part of the story admittedly dragged, though it hurts me to say that about something written by my favourite author. I wanted to love this whole book, but need to be completely honest as that is my job.

During the fantastical part of this novel a lot of characters are mentioned, and there’s quite a bit introduced. Some of it is familiar, by the way of known fairy tales and fantasy tropes, but you also learn a lot about the world of Empis and its kingdom, including the cursed heirs. I don’t particularly enjoy info dumps, and I think that was the biggest reason why I didn’t enjoy the second A Song of Ice and Fire book at all. I had a hard time keeping track of all of the characters in this one as well, although it wasn’t as bad for this as anything George R. R. Martin has written. Still, Fairy Tale is honestly a bit too wordy for its own good, and has pacing issues as a result. Again, that hurts to say.

That said, I don’t want to scare anyone away from reading what is still a rather good book, and one that has been written by one of the best to ever live. Although Fairy Tale dragged at times and had some pacing issues, in my opinion, I still enjoyed it and would easily recommend it to those with interest. It’s just not one of my favourite Stephen King books and, while this will be a controversial statement, I admittedly enjoyed Billy Summers more. That was a good book, and it doesn’t deserve the hate it receives, but that’s also just my opinion.

Check out Fairy Tale by Stephen King if you’re a fan of good stories, fantasy and/or fairy tales. It’s a rather good book, but a slightly flawed one.

This review is based on a copy of the book that was borrowed from the local library. The reviewer also bought a copy for his collection, and then also received a late review copy when they became available.