Whenever we think of Stephen King, we’re apt to focus on his being the King of Horror and all of the nightmarish stories he’s introduced us to over the years. The thing is, though, that Mr. King isn’t a genre writer who can only write within the parameters of the scary and unusual. No, he’s also written some of the most seminal, non-scary stories of the last number of decades. Things like Rita Hayworth and the Shawshank Redemption, The Green Mile, The Body and 11/22/63.

In recent years, King’s literary efforts have been less scary and more mysterious. This has resulted in The Outsider, The Institute, Elevation and now Billy Summers. Although there are some paranormal elements to be found in one or two of those stories, scariness isn’t the focus. This is especially true with his latest release, which is a fantastic read, and one that isn’t really supernatural at all.

Billy Summers is a forty-something man from Tennessee, who had a difficult childhood and then went off to fight for his country. It was there, in the ever dangerous and incredibly foreign lands of the Middle East, where he honed his skills as one of his country’s best snipers. 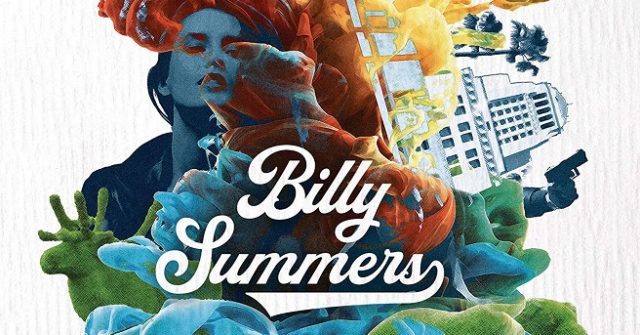 After leaving the Service, our titular protagonist ended up being recruited for some not very legal activities. By that I mean that he became a mob affiliated hitman, albeit one with a moral code. You see, while Billy earns his living killing people from afar, he will only take a job if the target is a bad person. If not, he walks away and wipes his hands clean of the proposition.

It’s numerous jobs in where we meet Billy, who’s sitting in a hotel lobby reading an Archie comic book. Pretending to be dumber than he is, he’s awaiting the arrival of two mafiosos who are in charge of chauffeuring him to the rented home of one Nick Majarian. As you’ve likely guessed, that’s the powerful and wealthy scumbag who owns a massive casino, hires bad people to do his evil bidding and is responsible for most of Billy’s income.

After meeting Nick, Billy is asked to do something different for what will be his final job. This involves setting up camp in a small, southern USA city, becoming familiar with the locals and biding time until his target is extradited from a California prison. This could take weeks, or it could take months, and Nick is offering a couple of million dollars for his trouble. The only thing is that, instead of being Billy Summers, the main character of this 513 page story will need to assume the identity of one David Lockridge: A writer, who’s been moved from his home city to this small and foreign southern one, so that he’ll stop drinking and partying, and will focus on his writing.

Yes, the assassin’s cover story is that he’s a writer with a great idea, who’s been unable to get much work done at home because he’s too much of a partier. His agent — one Georgie Pigs, who is basically Nick’s consigliere — has moved him to a new town, set him up with an office and is hoping that that will result in a great book. The only caveat? David cannot tell his neighbours, or the people who work in the office building he’s moving into, what his book is about. It’s top secret.

Of course, Billy doesn’t need to write anything. That’s not why he’s there. He does, though, and it ends up providing the reader with a lot of interesting back story.

This is the set-up and basic premise of one of Stephen King’s best novels.

Over time, Billy acclimates himself with the area, prepares for the assassination of another bad man who’s threatening to spill important secrets, and becomes a part of the local community. He befriends his neighbours, forms relationships with people and struggles with the morality of it all. 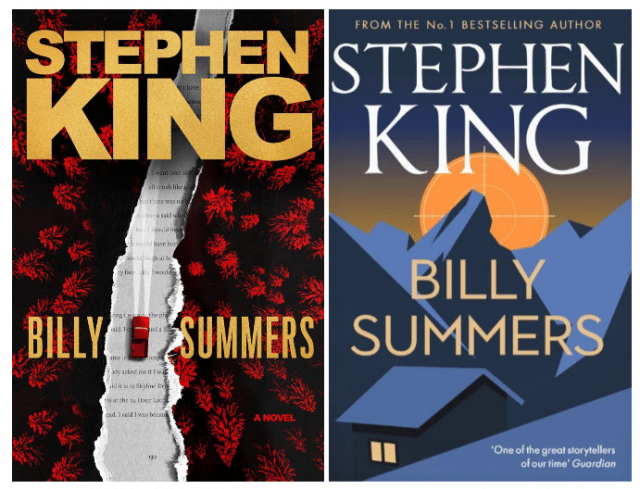 I can’t say a lot more without potentially spoiling this very good book, but I will note that the first and second halves of this story are somewhat different. Both are good, though, and each one acts as an interesting character study. In fact, the best thing about Billy Summers is how Stephen King creates, describes and moves his characters from one point to another. Few authors are able to do this with as much finesse as King, and he does it with aplomb here. Billy is one of the deepest and most interesting main characters I’ve read in recent memory, and the same is true of some of the secondary actors.

Of course, the killer with a moral code thing has been done before and isn’t new or original. Even still, it’s handled very well here, and King accomplishes a difficult feat by making the reader care about a bad man.

I was provided with a review copy of Billy Summers, but couldn’t wait and ended up buying a couple copies before it arrived. One was for collecting, and the other was for reading. Since finishing the book yesterday, I’ve passed that reader copy on to my grandfather, whom I hope will enjoy this great book as much as I did. He’s not the biggest fan of this particular author, but this is also not a horror story. I don’t think my grandpa will notice the nods to other books, like The Shining, but I think he’ll enjoy it nonetheless.

Billy Summers is a great addition to not only my own personal library, but also the massive library that Stephen King has created with his words. The man has written over sixty books, but he still manages to surprise, impress, entertain and wow us. Although multiple decades have passed since the King of Horror first published Carrie, he continues to shine and hasn’t lost his touch. This particular, very well written book, is a great example of that.

Don’t sleep on Billy Summers! It’s a must read!

This review is based on a copy of the book that we purchased. We did, however, receive a post-release review copy.