These days, Grady Hendrix is one of the most talked about authors in horror fiction. Not only are some of his previously released books (like My Best Friend’s Exorcism, Horrorstor and Paperbacks From Hell) very popular, but he’s also written and published two new novels in the last two years or thereabouts. The first — The Southern Book Club’s Guide to Slaying Vampires — is something I at one point owned three copies of, due to receiving damaged ones from a bookseller, but is also something I’ve yet to read. That isn’t the case with his newest piece of work, though, as I’ve just finished The Final Girl Support Group.

The Final Girl Support Group is an homage to the slasher films of yesteryear, meaning the mid-to-late 70s through to the mid-nineties. In fact, its characters’ backstories (by which I mean the traumatic events they lived through and lost friends, family and strangers to) are awfully similar to some of the real world’s most popular and iconic horror franchises. Series like A Nightmare on Elm Street, Friday the 13th, Halloween, Scream and Texas Chainsaw Massacre, with a little Silent Night, Deadly Night thrown in for good measure. In fact, the author didn’t even try to hide the similarities, choosing to use names taken right from the latter franchise.

This particular campy, violent and unique story follows a nearly forty-year-old woman named Lynette Tarkington. A ‘final girl,’ she survived a Santa-clad killer’s home invasion, and then managed to live through a sequel as well. Her family, her boyfriend and her adoptive parents weren’t so lucky, though. 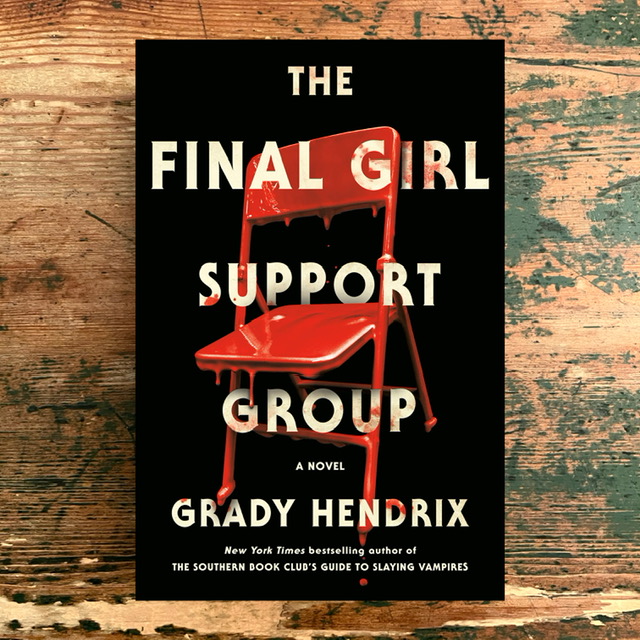 Things pick up at an off-the-record support group for final girls, of which Lynette is one of several. Run by a Dr. Carol Elliot, said group is a safe space for survivors of great trauma, although it’s perhaps run its course. Arguments, in-fighting and personal attacks have become the norm, and certain members want change or disbandment. In fact, one founding member — a lady named Adrienne, who survived her own version of Friday the 13th and then bought the camp itself as a way to help survivors — hasn’t even bothered to show up to the church basement.

Side note: Although creative freedom is important, and was necessary here, I still find it odd how all of these iconic and well-known final girls somehow lived so close to Burbank, California, where their group took place.

It isn’t long before phones start to ping, buzz and chirp with the news that a monster returned to Camp Red Lake and killed Adrienne that very morning. Of course, as is usually the case with such movies, she wasn’t the only victim, and a young girl named Stephanie Fugate survived. At sixteen years old, she’s become the newest final girl.

Our main character is as a paranoid and careful as they come, and it isn’t until three hours later that she returns home, due to taking multiple different forms of transportation and travelling in a large circle. She’s memorized strangers’ shoes, watched all of the exits and made sure not to sit with her back to a door or a window. It’s not surprising, then, that her one bedroom apartment is retrofitted with a large security cage that must be unlocked by code. 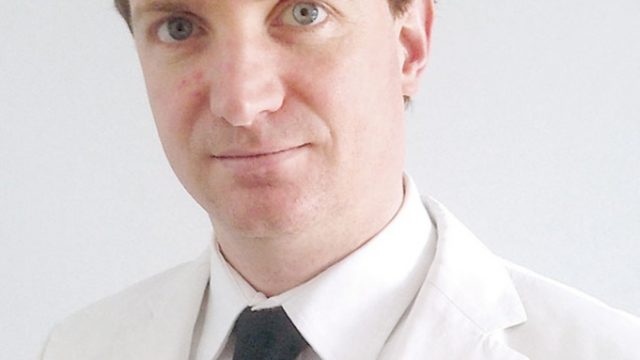 Although Lynette calms down once she gets home, that feeling doesn’t last, as unexpected visitors soon appear at her door. Then, someone attempts to kill her. This puts her paranoia at full strength, and makes her believe that someone is out to kill the remaining final girls. Who could it be, though, and why? Thus, she flees and goes on the run, turning this into a road trip book of sorts.

Needless to say, The Final Girl Support Group by Grady Hendrix is a colourful, homage-filled and unique novel. It’s full of love for the slasher genre and horror movies as a whole. Going further, its main characters are deep, colourful and different. Each one is her own unique final girl, and they all play off each other well.

To be completely transparent, I must admit that I didn’t know if I’d enjoy this book. The start didn’t hook me, but I eventually found myself unable to put this thing down. At that point it was one of my favourite novels; at least in recent memory. That said, the last part had one too many campy twists for my liking, and it wasn’t as unique as I’d hoped it would be. Still, I quite enjoyed this one. It’s well written, and is great for those of us who grew up watching classic horror movies, like Scream or Friday the 13th.

If you’re looking for a good, original and tough to put down read, look no further than The Final Girl Support Group by Grady Hendrix. We’ll soon be heading into the Halloween season, so it’s a perfect time to pick this one up. I know that I’m glad I did.

We were provided with an early, uncorrected ePub of this book. However, the reviewer borrowed the book from the library once it was published, and read that. He also ended up buying a copy of his own.