Spooky season is almost upon us, and you know what that means: A nice assortment of horror books, movies, video games and more. It’s a great time of year! Some might even say that it’s the best.

One of the first ‘spooky’ novels to release this October was none other than Cackle by Rachel Harrison, who burst onto the horror scene last year with a decent and unsettling debut called The Return. If you haven’t read it, it’s about a group of female friends who decide to go on a vacation after one of their besties returns from the land of the missing. Quite literally. However, the trip to a strange, themed hotel doesn’t go as planned, and the friends soon discover that something is not quite right with the woman who came back after disappearing while on a hike.

Due to the above, I expected Mrs. Harrison’s second effort to be another scary affair. That didn’t end up being the case, though, because Cackle is more whimsical and personable than it is nightmarish. That may turn horror lovers away, but I personally really enjoyed my time with this book and had a hard time putting it down. Was it something I would normally grab and read, or ever expect to enjoy so much? No. The story is simply well written, well told and quite interesting.

It also keeps you wanting to find out what will happen next.

Cackle is the story of a young woman named Annie Crane, and it picks up on her thirtieth birthday. Having recently broken up with her longtime boyfriend, whom she expected to soon marry, she finds herself out on the town in New York City with a fellow teacher. This particular night is special, though, and not just because it marks the start of Annie’s fourth decade on earth. It’s also her last night living in the Big Apple, because she’s on her way upstate, to a small town named Rowan. Why? Well, the break-up caused some financial difficulties that meant she could no longer afford to live in the city.

Moving away will also afford Annie an opportunity for a fresh start, wherein she can attempt to find herself again, without the crutch and sadness that comes with being near her ex, Sam. That’s not all Rowan has in store for her, though, as she and the reader will soon find out.

Shortly after arriving in Rowan, New York, teacher Annie Crane walks into a liquor store and meets an incredibly vibrant, beautiful and tough-to-label woman named Sophie. You see, Sophie is so effortlessly gorgeous, and has such wonderfully perfect skin, that it’s hard for Annie to look away or even nail down her age range. You may already know why, too, because the title hints at it.

Annie and Sophie become quick friends, but every time the two go out anywhere, it always seems like something isn’t being said. The townspeople are too kind to Sophie’s face, don’t ask her to pay for anything and always offer her gifts. Meanwhile, whenever she turns her back they sneer. Well, some of them do. 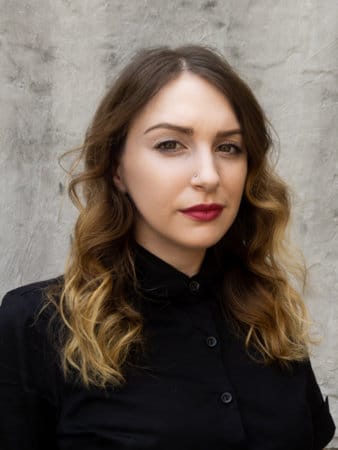 Needless to say, there’s something strange about Sophie and her incredible house out in the woods, not to mention the town of Rowan itself. It may or may not be the perfect place for a brokenhearted woman to start anew, while grieving the end of her presumed forever relationship.

I’m not sure if I did a great job of making Cackle sound like something you should read, but you really should. Although it’s not a typical horror book, or even that scary, it does have undertones from the genre. It’s also an interesting, memorable and sometimes charming character study, which I don’t think I’ll ever forget. Hell, I’ll probably go back and read it again someday, which is something I don’t normally do or have the time for.

Just don’t go in thinking this will scare the pants off of you. It’s not that type of witchy book.

Rachel Harrison is also a talented writer, who’s put an interesting spin on time worn subjects and superstitions. She also somehow managed to make me care about a spider, despite being a terrible arachnophobe in real life. Sure, some may find Annie to be a bit insufferable, but I personally found her charming, endearing, relatable and interesting.

If you’re looking for a different type of October read, Cackle should be on your list!

This review is based on a copy of the book that I was provided with by NetGalley and Penguin Random House. Thank you to the publisher for approving me. Receiving a free copy of this book did not affect my opinion, or my review score.