Before I begin this review, I must be completely honest about something, and that is the fact that I never read poetry. Whenever the subject came up during school, I would always groan and wish for it to pass quickly, because I never enjoyed reading or writing poems. Along with Shakespeare and any type of math, it was one of my worst and most disliked topics. So, why am I now reviewing poetry? The author. That’s why.

Although I was late to the proverbial party, Supernatural has cemented itself as one of my all-time favourite TV shows. After originally passing on it because it seemed like a cheesy X-Files rip-off, I eventually acquiesced and gave the show a shot when it started airing from the beginning on Space. After just part of the first episode, I was in love, and couldn’t get enough.

Misha Collins wasn’t in that very first episode of Supernatural, nor was he in the early seasons. In fact, it wasn’t until the first episode of Season Four (of fifteen) that the angel Castiel is introduced as part of a major plot point. Soon after that, he became a main character and a big part of the team. A quirky, funny and beloved member who was unfortunately used too much and too poorly in later seasons. That’s a whole other thing, though. 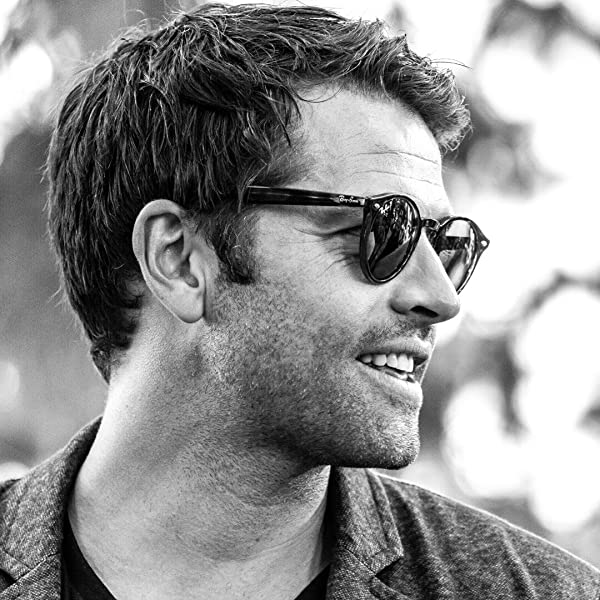 When I came across Some Things I Still Can’t Tell You: Poems by Misha Collins, I had no idea that it even existed, nor did I know that the lovable actor — who spreads so much positivity and seems like such a kind soul — liked to write anything. Now that I’ve been approved to read an early (digital) copy of the book and devoured its 140 some-odd pages in one night, I feel like I’ve seen a different side of an actor whom I respected. On top of that, I now respect him even more.

What’s nice about Some Things I Still Can’t Tell You is that it’s not your grandfather’s book of poetry. Misha never tried to make his poems fit into a mold, nor did he attempt to steal anyone else’s style. This number of poems is simply his way of expressing himself regarding certain important topics, with some odd ones thrown in. Combined, it all makes for a rather charming collection.

The first thing you’ll notice is that this thing is dedicated to both of Misha’s children. However, they aren’t the only focus of his poetry. No, the first topic is actually love, as in love poems to his wife. They’re thoughtful, charming, cute, unique and different from what I was used to, which was a good thing. After all, I never cared for poetry before this.

This collection is actually separated into different topic sections, but that’s sometimes even a loose descriptor. As such, you’ll find a good number of poems about the love shared between two soulmates, the glowing love a father has for his two young children, and a man’s attempt at dealing with his mother’s (presumed) dementia the best he can. The poems about Misha’s mom are, in fact, quite interesting because they show a man who struggles to deal with his mom getting older, but does the best that he can. He relishes her relationship with her elderly dog, and admires how the two live together. 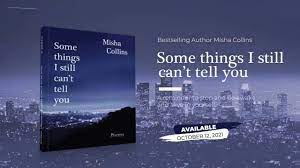 There are also miscellaneous poems about how different cities in California have different types of streets, or how a stranger’s comment during a jogging pit stop made Misha question life itself. Some poems are also about life, and how the author tries to see the beauty in things, even when there’s nothing noticeably extraordinary happening.

All together, these poems create an eclectic, personable and charming set. One that I’m glad I read, after coming across a book I didn’t know existed on NetGalley. I may have to pick a copy up in the near future, because my license to read it has or will expire in a matter of days.

I may not be a poetry reader, aficionado or even an admirer, but Some Things I Still Can’t Tell You: Poems by Misha Collins managed to make me enjoy and respect the medium more. Here’s hoping he will continue to write, and that we will eventually see another collection from this talented man.

This review is based on a copy of the book that we were provided. Thank you to the publisher and NetGalley for approving us. Receiving a free copy did not sway our opinion.