Eleven years ago, Remedy Entertainment — who were, prior to this, known for the Max Payne series — released something new and exciting, which presented a nice change to the typical survival horror formula. They called it Alan Wake, after the game’s titular hero. Now, over a decade later, that flashlight wielding wordsmith is back, thanks to a partnership between Epic Games and Remedy. The result is Alan Wake Remastered.

If you missed out on this gem the first time around, you’re in for one hell of a treat. Let’s go back to basics, though, so that you’ll know what you’re signing up for.

In this fictional version of the United States and, well, our world at large, Alan Wake is a once successful author whose books were inspired by literary giant — and my favourite author — Stephen King. In fact, the King of Horror is quoted in the very first scene of the game, which happens to be an atmospheric cutscene. Then, things get dark and scary, as the horror writer we’re playing as falls into an odd and surreal nightmare.

It really doesn’t take long for Alan Wake to get into the action, which is something I admire about it, because the developers could’ve taken their time with the opening and drawn things out. Instead, they chose to begin with a bang, prior to getting into the character development. There’s a reason they did this, though.

The nightmare in question features dark wilderness, an abandoned town in the middle of nowhere, odd shadow creatures, a disembodied voice and something that is destroying the general area. Alan is forced to run for his life and fight with what he can find. Thankfully, for his sake at least, he’s eventually roused from his passenger seat-based dream, by his wife, who happens to have driven them onto a ferry. Their destination? A peaceful vacation in a coastal Washington town called Bright Falls.

Sadly, for them, this vacation soon turns into a nightmare.

Things are off from the start because, after checking in at the village diner and being hounded by a big fan, Alan is told not to enter the dark corridor that leads to the washroom where the man holding the key to his rental is said to be. Then, after being unsuccessful in his attempt at banging on the door and asking for the man, the hero is given a key to a cabin by a strange old lady. Needless to say, he should’ve been more aware.

The couple then take the drive out to Diver’s Isle, which sits on one Cauldron Lake. There, a single cabin sits, amidst a separate outhouse that houses an old generator. After Alan goes and turns the power on, he meets his wife — who’s got a terrible fear of the dark — inside, at which point she gifts the struggling author with a new typewriter and tells him about a doctor who works with artists. This leads to an argument, during which Alan storms out of the cabin and down to the pier. Moments later, the power goes out, his wife screams and then she disappears. Alan tries to save her, but eventually wakes up in a crashed car with no idea of where his wife is, or what day it is. A good amount of time seems to have passed, though, and the townsfolk think he’s delusional. 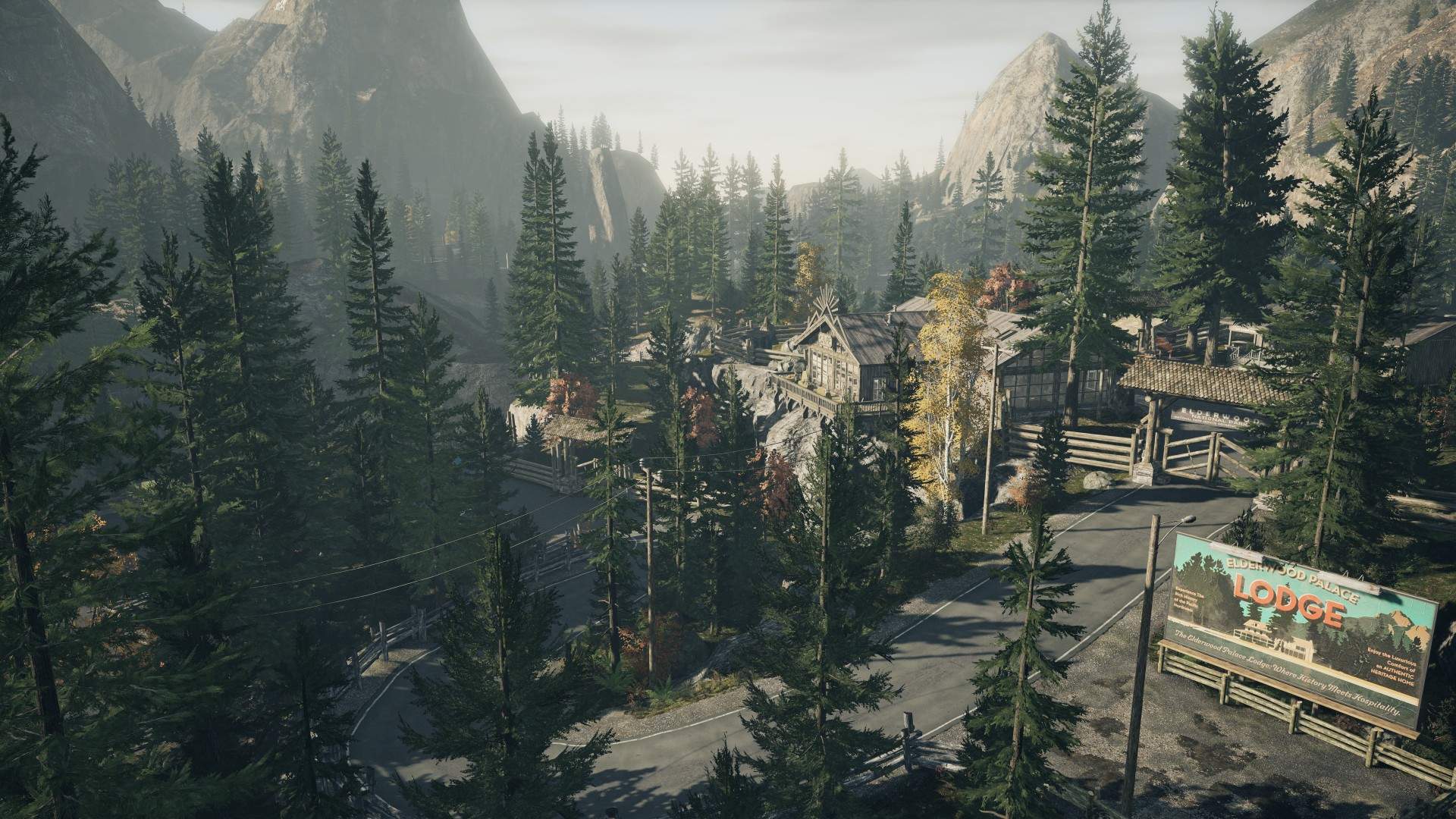 Thus begins one of the best horror video games in recent memory and, in my opinion, of all-time. A game that I couldn’t wait to release the first time around and bought day one. Although I ended up getting sidetracked part-way through my first play through, because I was buying and renting far too many games back then, I later went back and started from scratch. That time around, I finished both the main campaign and its two good DLC expansions, both of which are included in Alan Wake Remastered. Then I moved on to Alan Wake’s American Nightmare; an Xbox Live Arcade exclusive that was also a lot of fun, despite being different and more arcade than its Xbox 360 exclusive predecessor.

Unfortunately, American Nightmare is not included in this package. I sure wish it was, though. A sequel to the main game would also be nice, so here’s hoping this remaster will do well enough to warrant one.

What I’ve always liked best about Alan Wake is how it uses themes of light and dark, both physically and metaphorically. Alan is an author who’s struggling with writer’s block and hasn’t written in years, but he finds himself living inside a book he doesn’t remember writing. Add to this the fact that he’s being chased by madmen cloaked in shadow and darkness, whose greatest weakness happens to be light. In fact, in this nightmarish version of Bright Falls, light is the most important thing and one’s best ally.

All of the above is why Alan Wake‘s flashlight is more than just a tool used to shine light on the immediate area. In fact, the player will quickly find that said torch is just as important as the guns he’ll find scattered throughout town. First, one must weaken his foes by shining enough concentrated light at them to rid them of their defenses. Only then can one fire bullets and expect them to work, regardless of whether they come from a pistol, a hunting rifle or a shotgun. Flare guns provide a nice mix of both, and are obviously the most deadly option.

Part of this game, then, is managing both ammunition and batteries for the flashlight. Concentrated light drains batteries quickly but, if you wait a minute, they’ll eventually recharge. This trick has made it easy for me to conserve batteries, although the game wants you to use a lot of them since there’s an achievement and trophy for using 100.

This all results in combat that requires you to prioritize enemies. The foe you light up first will likely be the first one to become defenseless and vulnerable, so try to make sure he’s the closest one. Then again, they’ll come from all angles, and will spout gibberish just prior to that. Sometimes you’ll even be swarmed, at which point handheld flares can be a huge asset.

The core gameplay loop is incredibly satisfying and deeply immersive in and of itself, but it’s aided by a wonderfully detailed world. Bright Falls is as much a character in Alan Wake as Alan, his wife, his agent or the sheriff. Without this surreal town, none of it would matter. Thus, it’s good that Remedy went the extra mile to create a woodland town where there’s lots to see, explore and do. If you go off the beaten path you’ll be rewarded with chests and supplies, and if you pay attention to the environments you enter you’ll find TV sets and radios. Turning them on will allow you to watch an Outer Limits style TV show, or listen to local commentary from the town’s strange overnight radio show. Both are well worth spending extra time on.

Simply put, Alan Wake has it all. Its gameplay is top notch, and its atmosphere is second to none. Everything else is way up there, too, in terms of quality and effort. Thankfully, Alan Wake Remastered exists as a love letter to the original Xbox 360 version, and was able to be developed by the studio that created it. 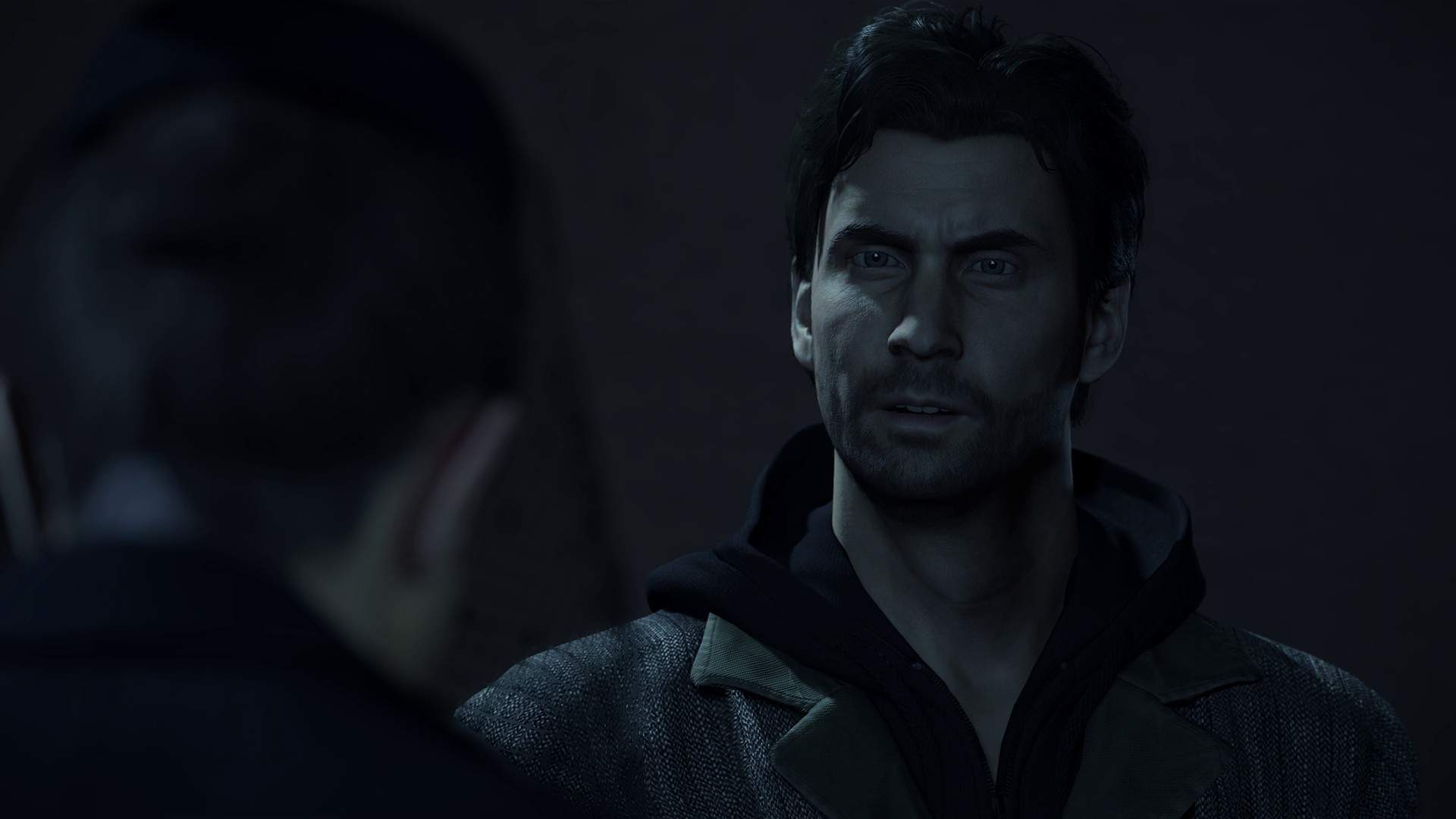 I’ll be very blunt: At first, this felt very much like a game from two generations ago. The opening cutscene didn’t look as great as I had hoped, and I had to remind myself that this was a remaster and not a remake. However, as I got into the game again, I noticed just how much had been done to modernize this gem of a horror title. There were numerous times, too, where it looked and felt as if I was playing a game that could’ve originally released now, as opposed to having just been redone for new hardware. The lighting, character models, environmental effects and sound have all been improved quite a bit. Same goes for most textures and important characters’ facial animations.

One other nice thing about Alan Wake Remastered is that its marks the first time that the game has appeared on any Sony platform. Now, those with interest — and I hope there will be many, because I want a sequel — can play it on both PlayStation 4 and PlayStation 5, whereas returning fans or newcomers can also play this update on Xbox One or Xbox Series X|S. I chose to play it on Xbox, as that’s what feels most comfortable. Plus, doing so brought back good memories of better times.

Needless to say, being able to revisit this game was a welcomed opportunity. As with Kingdoms of Amalur: Re-Reckoning, I had been hoping that we’d get more Alan Wake at some point, and am very happy with a remaster such as this. A lot of care was put into Alan Wake Remastered, and it’s prettied up what remains an excellent game.