Extreme sports can make for very good video games, as evidenced by the success of Tony Hawk’s Pro Skater, SSX, 1080 Snowboarding and other entries into the sub-genre over the last two to three decades. Of course, as is always the case, execution matters most, with the same being true of control and polish. After all, nobody wants to play a skateboarding game that’s tough to maneuver, a dirtbiking game that is too hard for its own good, or a BMX game that stutters.

Ubisoft wasn’t one of the original players in extreme sports gaming, but they’ve never feared branching out and trying new things. This has been proven by series like Just Dance, Raving Rabbids, Trackmania and For Honor. Those, plus Steep, which was actually the first game I reviewed on Eggplante, after accepting a great friend’s offer to join the staff.

When Steep was released back in the winter of 2016, it was touted as being the biggest winter sports game yet, and it delivered on that promise. Sure, there were issues, as is often the case in a game with such a large map, so many different things to do and so much player choice. It was fun, though, and scratched an itch that needed scratching, at least in my case. I won’t sit here and sing its praises as if I played it religiously and saw every corner of its map, but it was a nice break for a while, until it got repetitive and a bit confusing. Direction wasn’t exactly its forte or purpose, and I found myself getting lost in the myriad of events, routes, mountains, etc.

I’ve always preferred Tony Hawk’s Pro Skater, 1080 Snowboarding and SSX, but Steep was a really solid start, especially as what I believe was a first attempt at the genre. 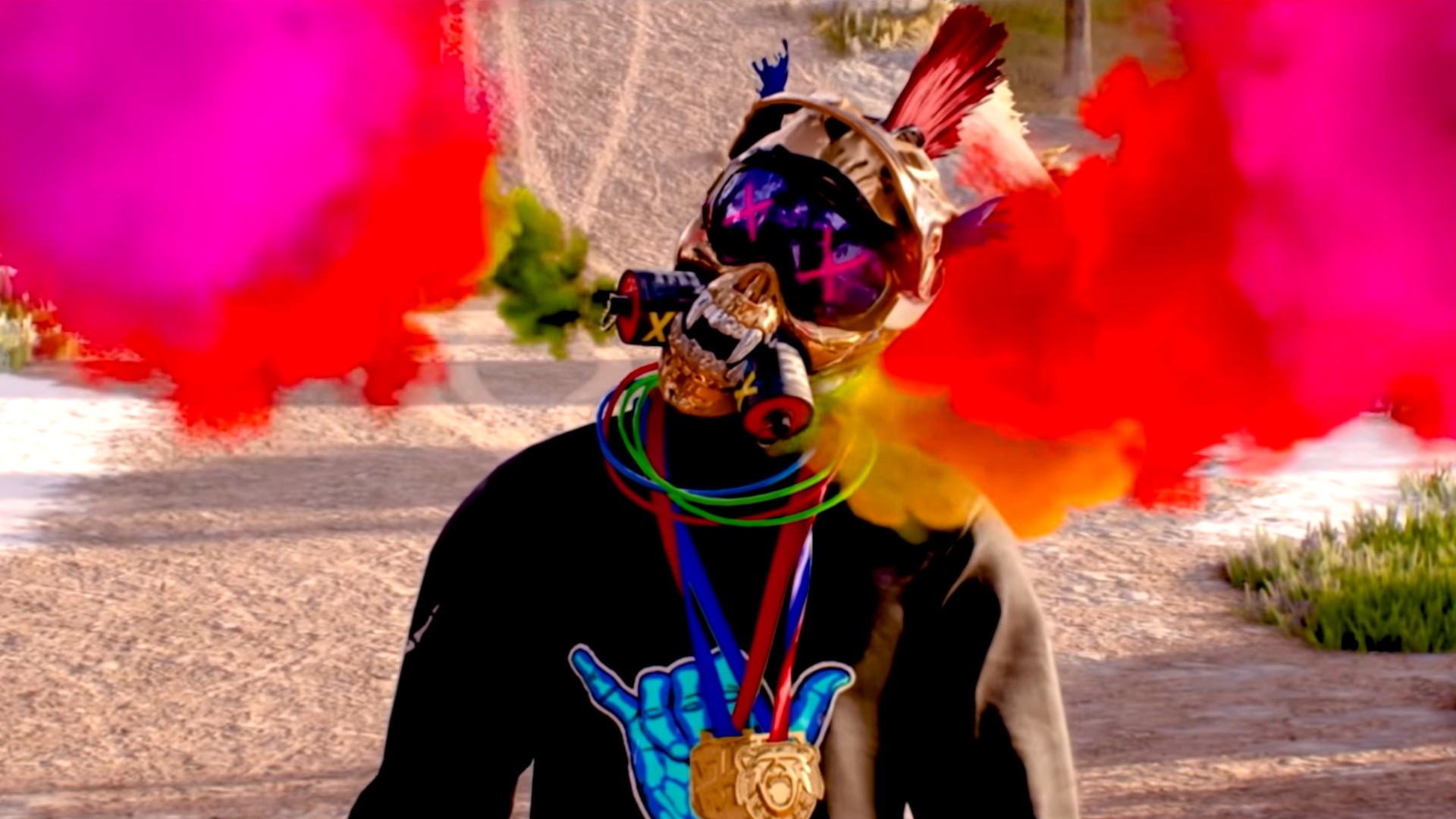 Fast forward to this fall, and a group of Ubisoft studios have partnered to release a spiritual successor to that very game. One they call Riders Republic, and for good reason.

Aiming to build upon the massive foundation that Steep left, Riders Republic is another gigantic game with tons of content, not to mention one that is focused on providing freedom and connections between players. It helps, then, that the title features crossplay functionality between versions.

The general idea behind this spiritual successor is that you’re a newcomer to a massive mountain range (called the Republic), which is based on and an amalgamation of real life environments found in California, Colorado and likely other states as well. The result is a blended map that offers a bit of everything, from massive peaks, steep slopes and beautiful foliage, to red rocks, winding mountain bike trails and even aerial pursuits. As such, the game allows its players to bike, ski, snowboard, and take to the skies with different types of wingsuits, some of which are rocket powered. Yes, you read that right.

After creating your basic avatar from a rather mediocre selection of features and customization options, you’re introduced to the game world by some slang loving extreme sports fans, who use slang like it’s the only thing available to them. Don’t let their often annoying and over the top characterizations turn you off, though, because the core gameplay is fun and varied, not to mention slightly addictive.

Although you’ll start on a bike, racing against computer controlled opponents or real-life players, you’ll soon venture out onto skis, boards, motorized sleds (for exploration) and the like. It takes a bit of time to unlock the wingsuits, but not a whole lot, so don’t worry. You’ll also continually unlock new bikes, boards, skis, etc. so don’t get too attached to any of them!

Progression is based on earning stars, which is something you’ll do every time you complete an event, of which there are many. They’re constantly popping up on the map, and some are bigger than others. Some even come with real life sponsors, like Red Bull.

Completionists will note that there are upwards of thousands of stars to collect, which will likely take those with interest a very, very long time. The key to unlocking them all comes down to playing a lot and going for all three of the bonus objectives found within each event. These usually involve popping a certain amount of balloons, crossing the finish line at a certain speed, completing the race on a certain difficulty or with a certain ride, or winning on expert difficulty. Needless to say, I didn’t worry myself too much with them, but was happy when I got some extra stars awarded to me.

At certain (star) plateaus, you’ll level up and unlock even more events, not to mention the wingsuits themselves. These really open Riders Republic up, because you’re not stuck on the ground anymore, and can fly around the air towards any destination in sight. Fast travel is a nice asset, but it rarely drops you right beside a chosen event, causing some occasionally frustrating travel between points. The wingsuits eliminate most, if not all of this potential frustration. 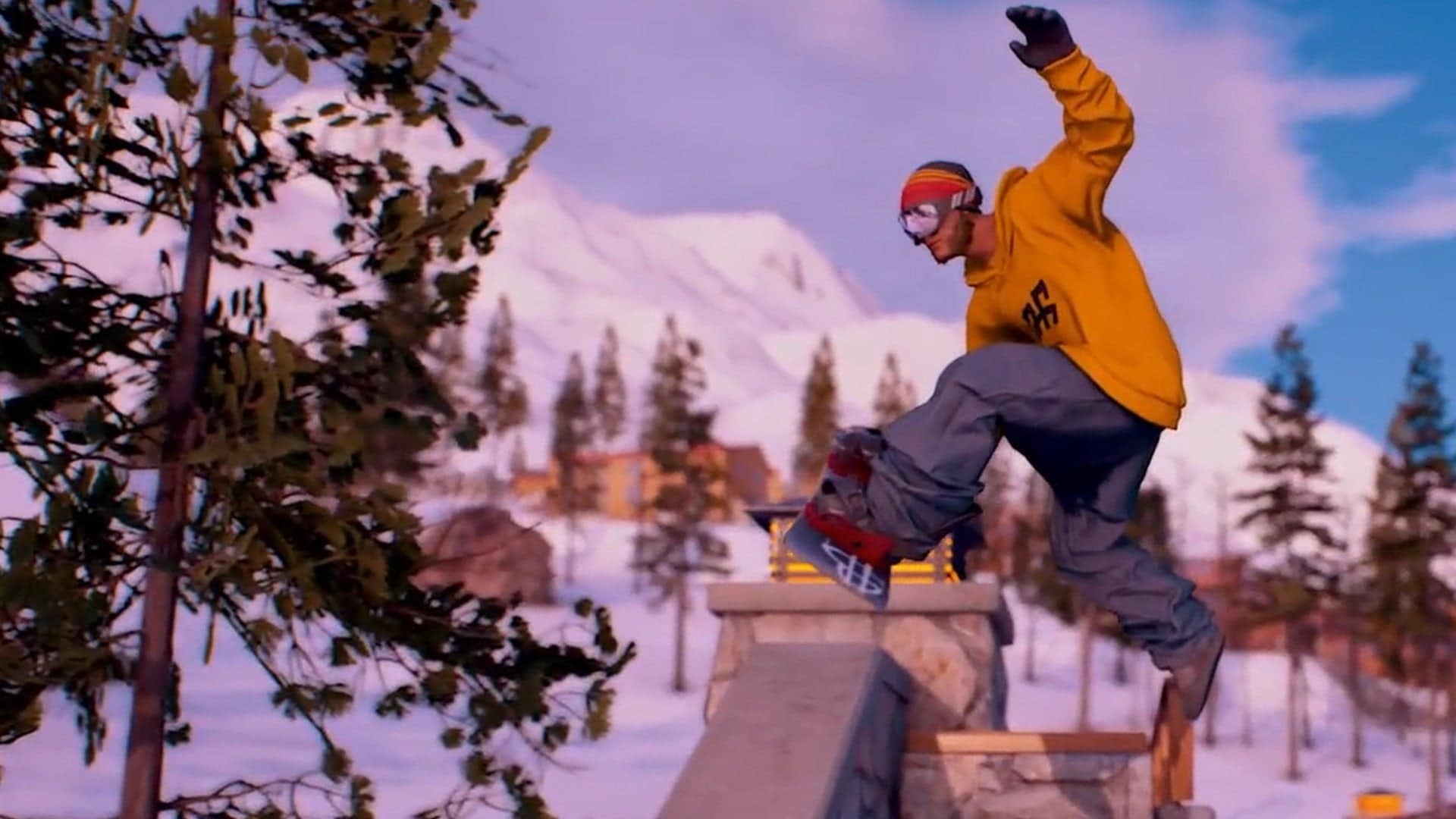 It’s also a lot of fun to fly around using a rocket propelled wingsuit. A hell of a lot of fun, actually. This is especially true when the boost is involved, but be careful because crashing can cause you to drop from first to third or fourth in a tight race. At least falling and crashing is only a minor inconvenience here, unlike in some other games. As long as you tap circle quickly, you’ll pop back up in a jiffy.

The mountain biking is also quite fun, and is very, very fast, offering a sense of speed that you don’t often get in a video game. The same is true of the snow sports, which are quite well designed and enjoyable. Whether you’re racing or tricking, it’s easy to get lost in the action.

There are even different control options that can be toggled on and off, including a manual landing mode for snowboarding tricks. It’s difficult to get the hang of, but is the only way you’ll actually be able to fall. The automatic setting makes it so that you land every time, but it seems to knock points off for using it. I didn’t like switching back to automatic, but ended up doing so after a while, because I was getting annoyed by some inconsistent trick and landing controls using manual.

Nothing about Riders Republic is meant to be punishing or inaccessible, outside of the toughest difficulties. Most players won’t have need for those, though. After all, this is a game that is meant to be fun, immersive and social, and the more challenging modes only exist for the hardcore.

There were a lot of people playing each time I logged on, and it was honestly jaw dropping seeing all of the moving dots and player avatars. The former would appear on the minimap, but the latter would be visible when I was at least somewhat close to others. I could see hundreds or thousands of others partaking in different events, or simply exploring the map for collectibles (balloons and the like), secret areas and special challenges, which can get pretty zany. Folks were also creating their own routes and events, which is something I’m not really into.

This is a massive game, and it knows how to highlight just how big it is. It does a lot, and it does those things quite well. As such, there’s quite a bit of appeal to be found within Riders Republic if you’re a fan of extreme sports and massive, socially-focused experiences which, thankfully, can also be played solo. That said, it’s hard to pass on the impressive mass races, which involve many players and can be quite chaotic. They appear every half hour or so.

You should be warned, though, that this is an ever evolving game. New seasons of content will be coming to it, along with unique customization items like clothing. A lot of these can also be purchased through in-game currency or microtransactions, which we do not support in any fashion. I’ve never spent a cent on them, and I never will.

Ubisoft sent us a copy of the PlayStation 5 version of Riders Republic, which honestly ran like a dream during our time with it. Maybe others have experienced issues, but my experiences were close to flawless. Everything looked nice, controlled quite well, and ran without noticeable hiccups. It was impressive.

I also noticed some licensed music and radio stations, but it was hard for me to identify any particular songs. Perhaps they’re just not things I’ve listened to before. The music was generally fine, though, and it wasn’t in your face. Some of the NPC personalities and voice actors were a bit much, however. There’s a lot of extreme edge to their vocabularies, but not in a mean-spirited way.

If you liked Steep, you’ll likely really enjoy Riders Republic. The 2016 title set the foundation, but this collection of large-scale mountain biking, skiing, snowboarding, wingsuit flying and more takes it all to the next level, and it does a good job of it. Things aren’t perfect, but that’s to be expected with any game, let alone one this massive, especially when there’s more than one sport involved.

Don’t pass this one by if you’re hankering for some extreme summer and winter sports. It’s a fun romp through snow and dirt covered wilderness. I know it’s something that I’ll keep going back to, especially whenever I feel like something laid back and fun.

This review is based on the PlayStation 5 version of the game, which we were provided with.

Riders Republic Review
Riders Republic is a fun, immersive and downright massive game that is easy to get lost in. It's accessible, well made and fun.
Visuals86%
Audio74%
Gameplay84%
Storyline59%
The Good Stuff
The Not-So-Good Stufff
2021-11-05
83%Overall Score
Reader Rating: (0 Votes)
0%