Doctor Who’s latest shortened, fully-serialized season had its share of issues, not least of those being that it was overly dense and convoluted. The show is in need of a return to basics by the look of things, and fortunately, this year’s New Years special went in exactly that direction. “Eve of the Daleks” kept up the interesting tradition of Dalek-focused New Years specials for exiting showrunner, Chris Chibnall, with this episode marking Chibnall’s final New Years special, and ditto for current lead actress, Jodie Whittaker, who only has two episodes left in her Thirteenth Doctor tenure after this. As much as longtime fans might be eager to see New Who go back to a more recognized formula however, particularly under the watchful eye of returning original showrunner, Russell T. Davies, “Eve of the Daleks” nonetheless begins Chibnall’s and Whittaker’s final trio of special episodes on a surprisingly great note.

This is all the more satisfying when you consider that 2021’s New Years special, “Revolution of the Daleks” felt rather disappointing. This year’s, “Eve of the Daleks” is not only a huge improvement over that episode, but it also prepares to set Doctor Who back on a more recognizable and digestible path, something that the show really needs right now. This New Years special also marks the latest Doctor Who episode to use a time loop angle, one most recently exploited during one of the previous Twelfth Doctor’s better episodes, “Heaven Sent.” The Thirteenth Doctor however finds herself up against the forces of the Daleks within her latest time loop challenge, creating an interesting blend between a slasher storyline and a Groundhog Day-style romp that effectively balances creativity and reliable Doctor Who ingenuity.

The Doctor, Yas and Dan also find themselves working with two additional human allies, Sarah and Nick, after the TARDIS accidentally dumps the trio into a decrepit, barely functional storage facility on New Years Eve, 2021. This also occurs while the TARDIS is resetting and inaccessible, following a necessary purge of Flux material. That’s inconvenient timing, considering that the Daleks have decided to chase after The Doctor following her actions to stop the Flux, actions that killed millions of Daleks within the Dalek war fleet. Wait, the Daleks need an excuse to hunt down The Doctor? Well, in any case, genre television in general, let alone Doctor Who, is no stranger to time loop storylines, but what makes, “Eve of the Daleks” such a compelling episode is its character material, particularly surrounding Yas and The Doctor.

On a related note, surprising no one, Sarah is a miserable storage facility owner that hates New Years, and Nick is the awkward weirdo that keeps visiting her facility every New Years Eve, while being afraid to admit how he actually feels about her. Boy, Chris Chibnall really likes these awkward, nerdy romcom plots in Doctor Who, doesn’t he? Didn’t we just do this with Dan? Also, didn’t we do this during Chibnall’s first New Years special from 2019? Well, anyway, the awkward romance between Sarah and Nick is undeniably sweet, if a bit rehashed, but what it’s really meant to complement is Dan deducing that Yas has developed romantic feelings for The Doctor, a subject that The Doctor appears to be deliberately avoiding. 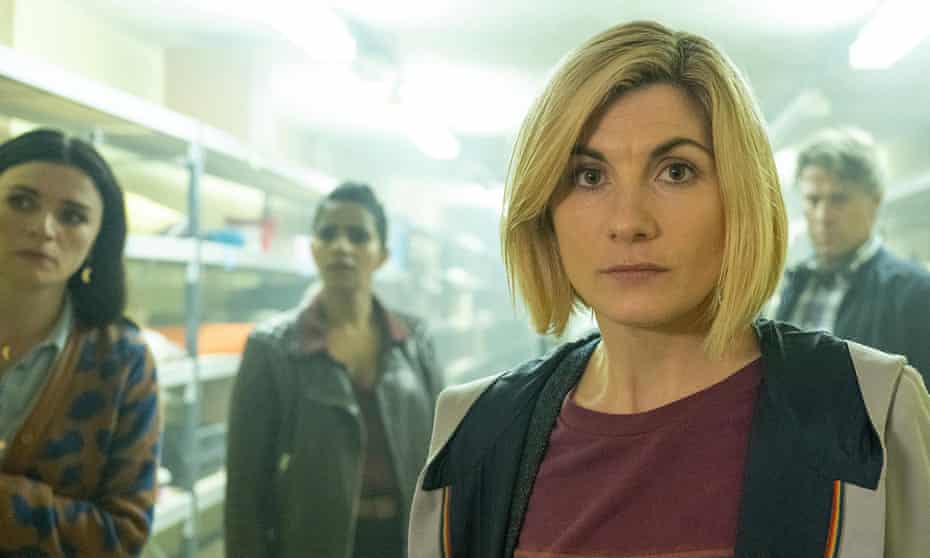 Yes, we’re doing this again. It appears that New Who is finally ready to fully move on from its original, romance-oriented companion, Rose (despite a bit of a nod to her through Vinder’s outpost station last season), chiefly by setting up The Doctor to once again face a companion falling in love with her. I guess this explains why Yas stayed on the TARDIS after Graham and Ryan bailed, but doing another companion romance storyline for the asexual Doctor is something that could be easily botched, especially when I imagine that it’s meant to carry over to the show’s eventual regeneration for the currently-unconfirmed Fourteenth Doctor. Still, it is nice that Dan and Yas have developed something of an off-screen rapport, following their several years separated from The Doctor during the early 20th Century last season, and that they’re apparently now close enough that Dan can relate his own failed romance effort with Diane to Yas and her own denied attraction to The Doctor.

As strong as the character material throughout this New Years special is though, it also must be emphasized that the tense, looping hunt of the Daleks is pretty excellent here. Regenerating forces of Daleks keep learning from The Doctor and her companions with every new loop, putting an inspired twist on the usual time loop tropes of genre TV, and the repeated massacring of The Doctor, her companions, and their two temporary allies manages to be genuinely hair-raising. The only questionable element behind the otherwise brilliantly scary Dalek menace in this episode is that quite a few of the human characters’ claustrophobic escapes rely on the Daleks suddenly and inexplicably being crappy shots, despite their new gatling beams. Hey, Chibnall, these are Daleks, not Stormtroopers! Why can they all of a sudden not hit anyone that’s running?!

Even so, the climactic plan of The Doctor using the penultimate loop to trick the Daleks with decoy actions, as the loop will render her and her allies permanently dead if the Daleks aren’t destroyed by midnight, is pretty superb, finally bringing The Doctor back to top form after the show struggled to adequately wrap up its convoluted Flux storyline last season. Thanks to a shady, unreliable business partner, Sarah’s storage facility has more than enough explosives to trick the Daleks into firing on a bunch of hazardous objects as well, eventually allowing The Doctor and her friends to escape out of a basement door that the Daleks failed to block, right before the entire building explodes in a mess of fireworks. This is a simple, but cute final touch, one that sees Sarah and Nick decide to get together and travel the world, while The Doctor, Yas and Dan go off on another adventure. It’s a good ending that’s not overthought, and one that still teases some promising storylines for the Thirteenth Doctor’s final two upcoming episodes that are set to air later in 2022.

“Eve of the Daleks” provides a great antidote to the labyrinthine, ultimately disappointing Series 13 that preceded it. This episode returns Doctor Who to its purest form of enjoyment, pitting The Doctor and several human allies against some deadly Daleks, while also using some classic, but well-executed tropes to mix up the show’s latest New Years storyline. I’m not currently sure how to feel about the prospect of Yas falling in love with The Doctor, but at least Nick and Sarah got a charming ending, ultimately allowing Doctor Who’s 2022 run to kick off on an uplifting note. It’s also rewarding to see Doctor Who deliver a far superior New Years special than it did for New Years 2021, thankfully proving for Chibnall’s final lap as showrunner that he can still deliver a damn good Dalek plot to ring in the next twelve months.