NOTE: Some spoilers from throughout, “Doctor Who: Flux” are present in this review

Leave it to current showrunner, Chris Chibnall and current lead star, Jodie Whittaker to upend what remains of established Doctor Who tradition on their way out. Granted, the continued COVID-19 pandemic certainly didn’t help when it came to Doctor Who’s extensively altered Series 13, a season that went from ten episodes to eight episodes, and eventually to six episodes in its final product, even if the BBC appears to be compromising with two additional special episodes on top of the obligatory New Years special in 2022. This marks the end of the line for Whittaker’s Thirteenth Doctor, as well as Chibnall, before he hands the reins back to New Who’s original showrunner, Russell T. Davies for Series 14, and boy is there a lot to dig into throughout Chibnall’s and Whittaker’s last proper season!

To be blunt, Series 13 of Doctor Who, which is subtitled ‘Doctor Who: Flux’ in reference to its fully serialized plotline, is the weakest link among Chibnall’s and Whittaker’s three-series crack at the show. It’s dense, it’s frequently impenetrable, its pacing is all over the place, and its fully serialized narrative didn’t end up being as successful as hoped. There were still a couple of really standout episodes, to be fair, but in terms of satisfyingly wrapping up the earth-shattering revelations surrounding The Doctor’s extra-dimensional origins (I wonder how long it will be before the show retcons them), Doctor Who: Flux was a bit of a bust. 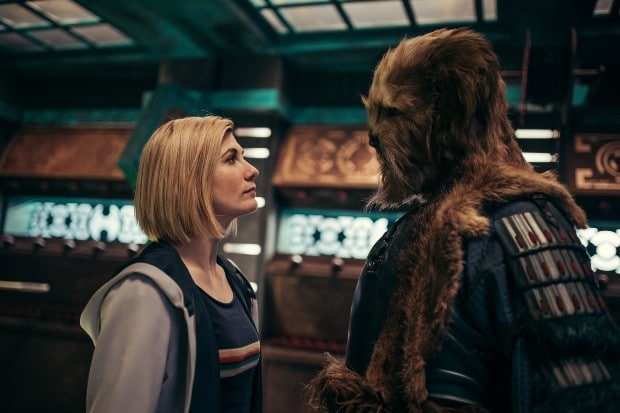 I have to give credit where it’s due though; Chibnall pulled out every stop with his supposed final Doctor Who series. The universe itself was at stake throughout this season, as a mysterious entity called, “The Flux” began to devour it entirely. All the while, The Doctor’s greatest and most dangerous enemies, the Daleks, the Cybermen and the Sontarans, fight for what remains of the dying universe, as a separate conspiracy takes hold involving the Weeping Angels. All told, Doctor Who: Flux aspires to present itself as the ultimate Doctor Who storyline in concept, though in execution, it feels like too much of a good thing at best, and an outright absurd mess at worst.

One new addition that does appear to be successful however is the show’s newest companion, Dan Lewis, played by British comedian, John Bishop. A kindly fake museum tour guide (it makes a little more sense in context), Dan ends up being grabbed by a Lupari guardian (Lupari are dog man-like aliens that are apparently charged with safeguarding humanity during an extinction event), and whisked away on a spaceship, eventually leading him to The Doctor and her returning companion, Yaz Khan. It seems pretty difficult to believe that this is the first time we’re seeing or hearing about the Lupari on Doctor Who, if their supposed heavy ties to humanity are any indication, but Dan himself is at least a likable and charming presence. He’s definitely eccentric enough to believably want to stay on the TARDIS, and his fledgling friendship with both Yas and The Doctor already looks to be developing nicely. I’m very interested to see what’s next for Dan’s character, especially if he ends up staying on with the upcoming Fourteenth Doctor, whomever they turn out to be.

Less successful in this case are the season’s villains, which is very frustrating, considering that virtually every major enemy Doctor Who faction is present for Doctor Who: Flux. The Sontarans see a nice return to form here at least, going back to being slightly more imposing foes that prove to be a legitimate, nigh-unstoppable danger to Earth, particularly during Doctor Who: Flux’s standout second episode, “War of the Sontarans.” Despite that though, the addition of the Daleks and the Cybermen ultimately ends up being an afterthought during much of this season. The same is unfortunately true of the Weeping Angels, which end up being tenuously tied to Division in a way that’s rather head-scratching, and not ultimately fulfilling. 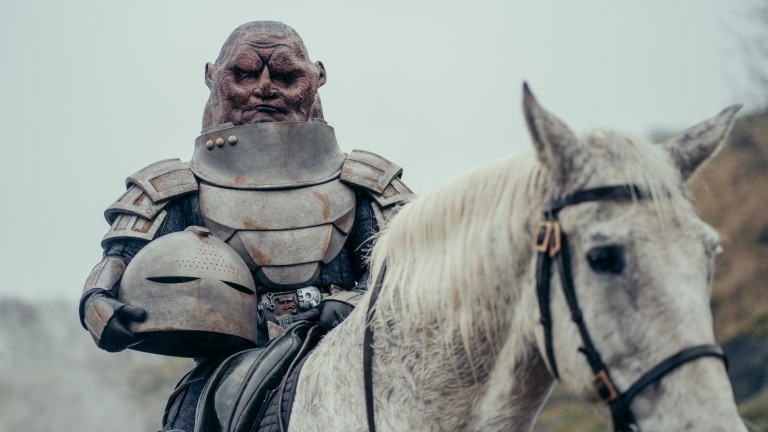 On that note, of course Division, the mysterious organization that The Doctor supposedly worked for during her mysterious pre-Doctor Who regenerations, is behind the Flux, something that feels disappointingly predictable. The ultimate destruction of the universe, as overseen by time itself (long story there) is initially pushed forward by two new alien threats, those being Swarm and Azure, two crystalline foes that are admittedly nicely imposing, even if they also go out on a bit of a whimper once Division is unmasked. Regarding Division as well, apparently The Doctor’s adoptive mother, Tecteun is a villain (because of course she is), and she helped orchestrate the Flux to destroy the universe so that The Doctor would have nothing left to protect, and would thus have no choice but to come home to Division. It sounds appropriately brutal, to commit universe-scale genocide just so Division can reclaim The Doctor for their forces, but the ultimate agenda behind Division, who have supposedly let The Doctor operate unchecked for eons, is now incredibly confusing. This issue is made even worse by the possibility that replacement showrunner, Davies may very well opt to abandon this increasingly convoluted Division twist from the Chibnall era to boot, especially after Davies seemed to favour lighter Doctor Who storylines during his previous New Who tenure.

These storytelling challenges are persistently at the core of Doctor Who: Flux; It’s too often overthought and clunky, and too often represents the worst elements of the Chibnall/Whittaker era of Doctor Who. I appreciated some of Chibnall’s and Whittaker’s desire to experiment with the show and take it into new territory, but in trying to tie together Chibnall’s grand designs for Doctor Who’s future, Doctor Who: Flux inevitably stumbles before this nigh-impossible feat. The reason for this often comes down to the simple fact that most of Doctor Who: Flux’s storyline is completely absurd. Yes, I know, a lot of Doctor Who is absurd, and that’s part of its charm. The show is still supposed to be rooted in real existential philosophy though, along with a sense of scientific idealism, and Chibnall never seemed to fully grasp that during his time on Doctor Who. 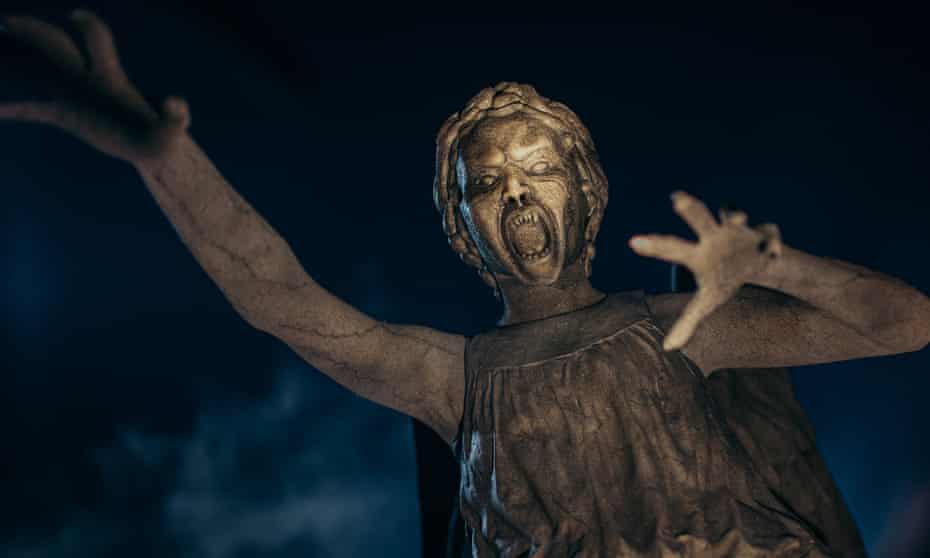 Now, credit where it’s due; Chibnall’s more topical and ‘woke’ Doctor Who storytelling preferences have been more or less eliminated in Doctor Who: Flux, but it’s likely too little, too late for many fans by this point. This concession also isn’t helped by the fact that Doctor Who: Flux confirms that a bunch of dog men can protect Earth from a universe-destroying, extra-dimensional force by literally covering the planet in Flux-proof spaceships, time itself is apparently an evil force that’s imprisoned at a temple and threatens to be unleashed, Division can just destroy an entire universe on a whim to get their precious Time Lord-that’s-maybe-not-a-true-Time Lord agent back, the Joseph Williamson tunnels, a real-world tourist attraction invented by a rich eccentric, somehow plays into all of this chaos, and all the while, UNIT kind of comes back, but not really. As you can no doubt surmise, the plot progression of Doctor Who: Flux has completely gone off the deep end, even by the standards of Doctor Who, and for all its pomp and circumstance about universe-destroying stakes, this season feels frustratingly unmemorable in the end, because it’s such a cluster-, you know.

That’s a very tragic fate for a Doctor Who season that wanted to act as if it was a climax for the entire series, though even that’s undermined by the fact that viewers already know a new showrunner and a Fourteenth Doctor are on the way. Hell, even Jodie Whittaker isn’t quite done yet, as she has three special episodes in 2022 with which to close out her run as the Thirteenth Doctor. Sadly though, Whittaker’s last proper season as The Doctor ultimately ends up being a mess in the end, one that shows spots of brilliance, but obviously can’t pull all of its numerous gonzo ideas together into a satisfying, coherent conclusion. 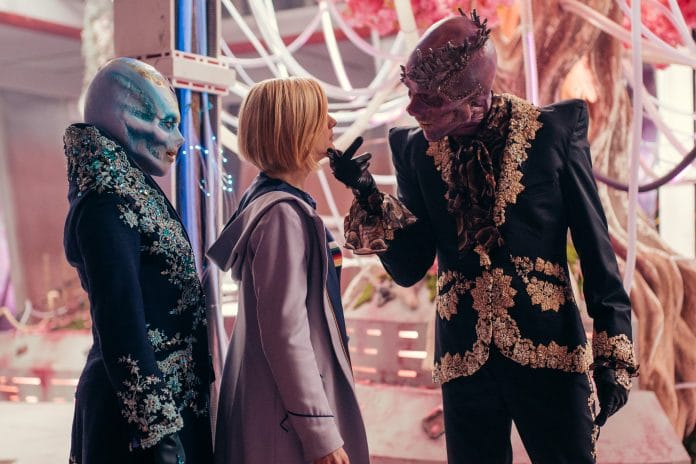 I can’t fault Doctor Who: Flux for its sheer ambition, especially when a fully serialized Doctor Who season like it is pretty unprecedented, even almost sixty years on. There are moments where this latest season can be very exciting too, plus some of its sillier moments manage to work deceptively well in spite of themselves. Overall though, Doctor Who: Flux is a bit of a misfire, ultimately collapsing under its own weight, and leaving Chibnall’s and Whittaker’s tenures on the show to approach their climax on a bit of a shaky note. We do get a likable new companion, and the rewarding return of Kate Stewart out of the deal, but perhaps this season would have benefited from reducing its scope, and not trying to throw everything at the wall to see what sticks. I also suspect that a lot of this Division nonsense could be retconned during future Doctor Who seasons, and maybe that’s for the best. After all, if Doctor Who: Flux leaves me with any kind of impression, it’s the feeling that Doctor Who probably needs to go back to basics.

Doctor Who: Flux (Series 13) Review
Doctor Who: Flux presents an ambitious, universe-threatening narrative throughout all of Series 13, but the season's strained scope and ludicrous plot turns ultimately cause it to collapse under its own weight.
THE GOOD STUFF
THE NOT-SO-GOOD STUFF
2022-01-16
68%Overall Score
Reader Rating: (0 Votes)
0%