NOTE: Full spoilers for this episode of, “Peacemaker” are present in this review

It’s taken almost a decade to make it happen, but at long last, the DC Extended Universe is getting its very first TV series! It’s definitely not the flagship TV project that you would likely expect either. Peacemaker naturally serves as a spin-off series to last year’s only new DCEU movie, The Suicide Squad, which introduced this TV offshoot’s eponymous character as an anti-hero that’s determined to achieve world peace, no matter the violent cost. John Cena’s faux-heroic stooge appeared to meet his end during the climax of The Suicide Squad, though as that movie’s post-credits scene revealed, Peacemaker ultimately survived his injuries in Corto Maltese, and was eventually nursed back to health in hospital.

This is where the series picks up, namely with Peacemaker, now apparently eager to return to his civilian identity of Christopher Smith, being discharged from the hospital. Of course, since Chris barely served his 30-year prison sentence at Belle Reve, Amanda Waller and her forces at A.R.G.U.S. continue to monitor him, and eventually take it upon themselves to conscript him into another job, one independent of the Suicide Squad. What follows is another hilarious, darkly brilliant DCEU expansion from writer-director, James Gunn, one that maintains a hard TV-MA rating, in keeping with The Suicide Squad’s unapologetic R-rating.

With Starro the Conquerer being destroyed and the Suicide Squad no longer being Peacemaker’s problem however, Chris instead finds himself wrapped up in Project Butterfly, complete with a new team. Two of this team’s members are recognizable from The Suicide Squad, those being Steve Agee’s John Economos, and Jennifer Holland’s Emilia Harcourt, who are forced to work with Chris seemingly as revenge for their brief mutiny during the climax of The Suicide Squad. Another major new addition to Chris’ team comes by way of Leota Adebayo, played by Orange is the New Black’s Danielle Brooks, a kindly handler that’s later revealed to be Amanda Waller’s daughter. While Viola Davis only briefly reprises her recurring DCEU role as Waller via video chat towards the end of this episode, the important family connection between Waller and Adebayo is bound to be a key story detail in Peacemaker, especially when Waller hints that only Adebayo knows what’s truly at stake when it comes to Project Butterfly.

Unsurprisingly however, John Cena is the presence that steals Peacemaker and runs with it. Christopher Smith is probably the best, funniest and most satisfying performance that Cena has delivered to date, and the idea of this performance being expanded to at least an eight-episode length on HBO Max, or Crave here in Canada, is incredibly exciting! Sure enough, Cena delivers the goods right from the jump too, both poking into the surprising tragedy behind who Chris has grown into, while also keeping up the foolish charm that Chris’ character delivered so effectively throughout The Suicide Squad. 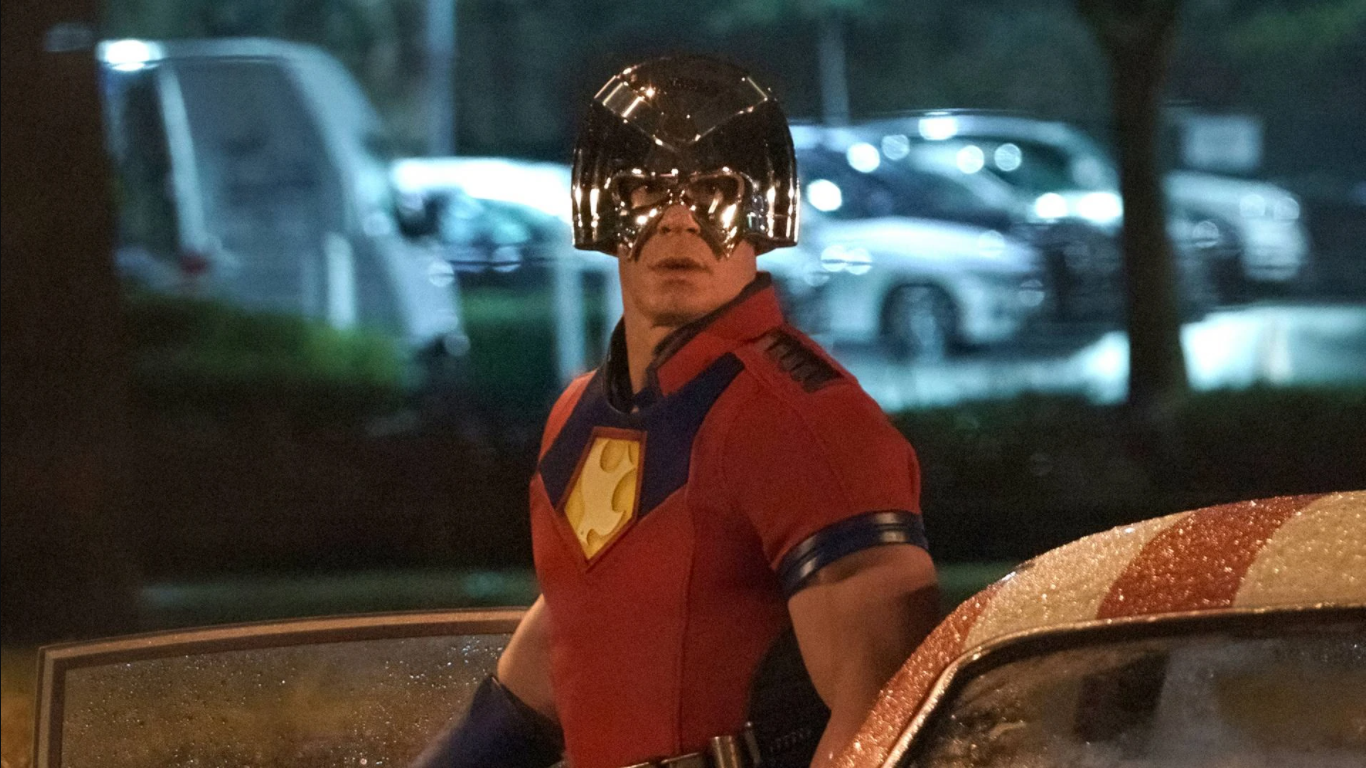 Another very important detail on this note is the revelation of Chris’ father, August ‘Auggie’ Smith, played by Robert Patrick. A hard-right paranoid conservative that carries more than a little disdain for Chris, Auggie’s one bonding moment with Chris is shared when Chris tells him the story of how Bloodsport was tortured by his own father via rats, an intimate detail that Bloodsport shared with his team during The Suicide Squad. Of course, Auggie’s approval quickly disappears when he learns that Bloodsport nearly killed Chris in Corto Maltese, despite Auggie also allowing Chris to take a new Peacemaker helmet, after he pays for his cab ride home via his original helmet. I’m definitely getting the impression that the aggressively twisted and misanthropic Auggie is going to play a major part in Peacemaker’s storyline, though even before the true nature of his role is fully revealed, he already gives us an eccentric and chilling window into how Chris became the well-meaning, but undeniably traumatized presence that he is as an adult.

Chris being unaware that he’s perceived as a tragic clown is also consistently on point throughout this first episode, despite his adorable eagle sidekick, Eagly, one seemingly made up for Chris’ DCEU portrayal, being a faithful friend. Chris’ attempts to make friends among other humans though, as well as his budding attraction being quickly spurned by a cold, unforgiving Harcourt, eventually leads him to hook up with a woman at a bar, shortly before the woman attacks him in a fit of rage! That’s bad enough, but even worse is the fact that the woman apparently has metahuman abilities, complete with supernatural strength and a healing factor! This creates a standout fight scene for this episode’s climax that’s both humourous and genuinely intense, eventually culminating with Chris using his new helmet’s sonic boom capability to turn the woman into gory mush within the nearby parking lot. I think it’s unmistakable that this mysterious attack directly connects to Project Butterfly, particularly with Chris being sent after a seemingly innocuous U.S. senator as his first assignment. Could Project Butterfly be a tool that possesses people and turns them into targeted killers?

Regarding the rest of Peacemaker’s supporting cast, they also excel on pretty much every front. Adebayo and Harcourt get the most focus so far, but the returning John Economos also quickly becomes the butt of Chris’ jokes to sharp effect, most notably due to his supposedly dyed beard. All-new presence, Clemson Murn, a supposed mercenary, also serves as a pretty solid Amanda Waller surrogate, complete with his own shady secrets that I’m sure will be revealed as this series goes on. Easily the biggest standout among the male supporting leads however is no doubt Freddie Stroma’s Adrian Chase, an awkward, Peacemaker-obsessed bus boy that moonlights as recognizable DC anti-hero, Vigilante. Unlike the seemingly well-meaning Chris, Adrian appears to be all in on lethal, uncompromising violence as well, though this only makes it more hilarious when he acts like a starstruck little boy in Chris’ presence.

If you’re already in on the zany, violent and surprisingly insightful superhero satire that was pioneered by James Gunn in The Suicide Squad, then you’ll be thrilled to know that those high points are perfectly maintained in Peacemaker, if its first episode is any indication. The series’ first three episodes were released on HBO Max/Crave simultaneously, and that’s awesome, because this first offering effortlessly pulls viewers in with its biting humour and cheeky action. At the same time, Peacemaker also quickly gets to work in establishing many revelatory details about its titular anti-hero that The Suicide Squad couldn’t cover, peeling back new layers from a character that previously appeared to merely be a traitor and a psychopath. The series’ early commentary about vigilantism, self-delusion and self-destruction is already firing on all cylinders, and with such fantastic action and humour on offer to complete this mad concoction, Peacemaker is not only another crown jewel for the DCEU, but also an early contender for one of DC’s and HBO Max’s best TV debuts of 2022 overall!