NOTE: Some spoilers from throughout the third and final season of, “Stargirl” are present in this review

DC’s Stargirl was perhaps one of the biggest surprises to come out of the rapidly shrinking DC Universe Original lineup. Sure, the DC Universe TV app was shut down a couple of years ago, but most of its original programming has nonetheless managed to endure up to this point. Still, with yet another corporate overhaul in progress for Warner Bros., now Warner Bros. Discovery, as well as The CW, following its sale to new parent, Nexstar, it’s small wonder that Stargirl ended up getting the chop earlier than planned; It was an expensive series, it had a niche audience, and while it was a surprisingly great superhero drama, it was still living on borrowed time, especially being the one DC Universe series that ended up fleeing to The CW after the DC Universe app’s comics-focused relaunch, rather than HBO Max.

Even so, Stargirl managed to make it to an acceptable, if slightly truncated three seasons, the latter two of which aired exclusively on The CW in its native U.S., while the show remained a streaming series in international territories, including here in Canada, where it was instead exclusively offered on Amazon Prime Video. That feels like a more natural fit for Stargirl’s surprisingly high production values, along with its heavily serialized over-arching season storylines. Those storylines were often better than they had any right to be to boot, offering something of a wide-eyed throwback to early 80’s, Spielberg-style fables that easily appeal to Gen-X and Elder Millennial viewers, despite the marketing and lead cast seemingly courting Gen-Z audiences.

In many respects, Stargirl saved its best storylines for its third and final season as well. This season, subtitled, “Frenemies”, brings some surviving former villains of Blue Valley back into the orbit of Courtney Whitmore and friends, only this time making the promise that they’ve reformed from their previous ways. When one of these old Injustice Society enemies, Steven Sharpe/The Gambler turns up dead however, seemingly murdered at his trailer, the Justice Society must assemble again, in an effort to discover who committed the crime, and whether yet another threat may be stirring in the shadows of Blue Valley.

Once again, Stargirl’s innocent appearance expertly belies some surprisingly complex themes in its final season. Many of these surround the question of whether evil truly can be corrected after its supposed defeat, even by a whole team of supposedly inspiring superheroes. This plays well off of last season’s events, which saw the JSA battle a truly pure evil entity, Eclipso, and while Eclipso may be neutralized, he may have ultimately given way to another danger. This also creates some effective drama within the JSA itself, particularly when former foes like Cindy Burman/Shiv are courted to join the team by Courtney, while the rest of the JSA seem to believe that they can’t and won’t change, and will merely create an obstacle from within. Not helping matters is that Cindy is the prime suspect in the Gambler’s death, since she’s seen standing over his body when the JSA first discovers it.

Another effective moral dimension is showcased this season through the return of Sylvester Pemberton/Starman, a twist that’s been teased since the end of Stargirl’s first season. Somehow surviving his death at the hands of Icicle, Starman returns to Blue Valley to try and take back his Cosmic Staff, only to become an enthusiastic mentor to Courtney. Starman having to find his own renewed purpose in Blue Valley while the next generation succeeds his old superhero team makes for a lot of engaging, uplifting material too, even while Starman’s wisdom ends up further dividing the JSA’s new teenage heroes. Unsurprisingly, living up to the legacy of a celebrated superhero is no small task, especially when Stargirl continues to do a great job of portraying its lead heroine in a flawed, but lovable light, allowing her to keep making mistakes, and thus growing as a would-be superhero herself.

There was a truly fantastic twist waiting in the wings with Sylvester as well, namely that he wasn’t truly Sylvester at all. As it turns out, “Sylvester” was dividing the JSA against themselves on purpose, because he was, in reality, one of the JSA’s original legacy foes, Ultra-Humanite in disguise. Having transferred his mind into the dead body of Sylvester, Ultra-Humanite is able to turn the JSA’s aspirations against them, and fracture the team right as they find themselves up against their most dangerous enemies. Yes, I say ‘enemies’, because series arch-villain, Icicle also ends up making a surprise comeback late this this season. This can feel a bit convenient, granted, especially since Stargirl is generally pretty good at having surprisingly harsh, permanent stakes when it comes to character deaths, though perhaps it’s a byproduct of the series being cancelled earlier than it was supposed to end. It’s possible that Icicle’s return was planned for a later season, and was instead fast-tracked after the showrunners were told that the series was ending with its third season.

Another victim of these circumstances appears to be last season’s big ending tease surrounding the Helix Institute. Despite hyping up the introduction of Nurse Love and Mister Bones, two recognizable, if obscure DC Comics personalities that serve as the shady caretakers of Green Lantern’s lost son, Todd Rice/Obsidian, among other metahumans, these characters barely last a couple of episodes before their storyline is abruptly dropped. This is very disappointing, and could further indicate that this season’s Icicle storyline wasn’t originally meant to be here. I believe that Courtney’s strained romance with Cameron was always the plan, particularly as Cameron discovers his family’s metahuman secret, and becomes Icicle Jr. in earnest this season, but the return of Icicle feels like it was meant to be a ‘full circle’ moment that was supposed to occur later on during future seasons that won’t be happening now. 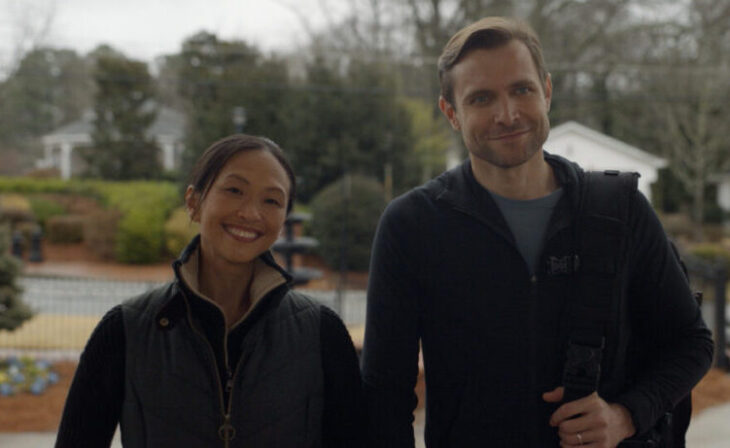 Thankfully, every JSA character also gets a pretty good storyline during this final season, even if the former strained focus on the villains from Season One now seems to be affecting the series’ heroes instead. Stargirl juggles a lot of supporting hero arcs during its final season, between Cindy trying to pursue evidence that her father, Dragon King may have survived, and ducking accusations of the Gambler’s murder, while Mike and Jakeem try to earn their place in the JSA through the power of Thunderbolt (now voiced by Seth Green instead of Jim Gaffigan), Rick struggles with an unhinged new degree of power after removing his hourglass’ inhibitor, Yolanda continues to struggle with her overbearing, highly religious family, and Beth finds herself facing the opposite problem, as her parents become far too excited about her superhero identity as the new Doctor Mid-Nite. This is before counting other storylines like, “Sylvester’s” reunion with Pat as well, which has its own ups and downs, as Pat continues to try and keep the teen heroes in line while they throw accusations around regarding who they may or may not be able to trust.

The inspired character material remains top-notch throughout this final run of thirteen episodes, even if not every hero arc gets served as well as it could have. At least the showrunners spared no expense within their surprisingly flexible budget though, with Stargirl presenting one of the most action-packed, flashy and impressive climaxes in CW history during its series finale. The action is a little sparing at times, but what is here is delivered with some exceptional punch, especially for a teen-fronted series. Stargirl may be going out early, but at least it pulled out all the stops to go out on a high note. This is despite no doubt having to pivot with its plans for this latest and now final season, complete with shooting an entirely new ending to wrap up the show.

“Stargirl may be going out early, but at least it pulled out all the stops to go out on a high note.”

That’s tough, because Stargirl really is a hidden gem for DC fans, and general superhero TV enthusiasts. Even worse is that its move to The CW originally came with the prospect of a potential Arrowverse crossover, something that didn’t end up happening in the end, unless you count John Wesley Shipp reprising his role as Jay Garrick from The Flash, albeit a doppelganger based out of the Stargirl universe on Earth-2. Sure, Stargirl being set on the adjacent Earth-2 means that it takes place in its own self-contained world, and isn’t directly connected to the Arrowverse’s setting of Earth-Prime, but dimensional barriers haven’t stopped The CW’s characters from hopping universes to join their cousin shows before. Hell, Stargirl’s own lead even appears to be defying the series’ premature cancellation, with Brec Bassinger reported to be reprising her role as Courtney Whitmore/Stargirl on HBO Max series, Titans later this year. Again though, it’s possible that Bassinger may be playing a multiversal doppelganger of Stargirl based out of Titans’ Earth-9 universe there, not necessarily her usual Stargirl of Earth-2.

Either way, Stargirl’s third and final season maintains the series’ usual high points, and even cranks them up a bit further with an especially heartfelt and satisfying conclusion. That’s impressive for a series that was cancelled ahead of its time, and didn’t originally plan to make its third season its ending. Again though, I can’t say I’m surprised that Stargirl met its end so abruptly, considering how much it strained The CW’s budget, and how much its target audience is a bit nebulous outside of DC fans, especially after the network was taken over by Nexstar. We’ll never get a more faithful Stargirl series than this either, as former DC CCO, Geoff Johns, who originally created the character of Stargirl for DC Comics in the 90’s, served as this series’ lead showrunner, furthering its heart and authenticity.

There is something to be said for going out in your prime though. Stargirl deserved better, especially as a female-fronted superhero series that’s noticeably superior to most, and a DC superhero series on The CW that’s noticeably superior to most, but it should still be noted for what it’s contributed to the DC TV catalogue. Amid a library of edgy, adult-oriented relatives from the DC Universe Original lineup, Stargirl sacrificed gritty novelty for smiling hope, and it’s just impossible not to appreciate a series so determined to lift your spirits.